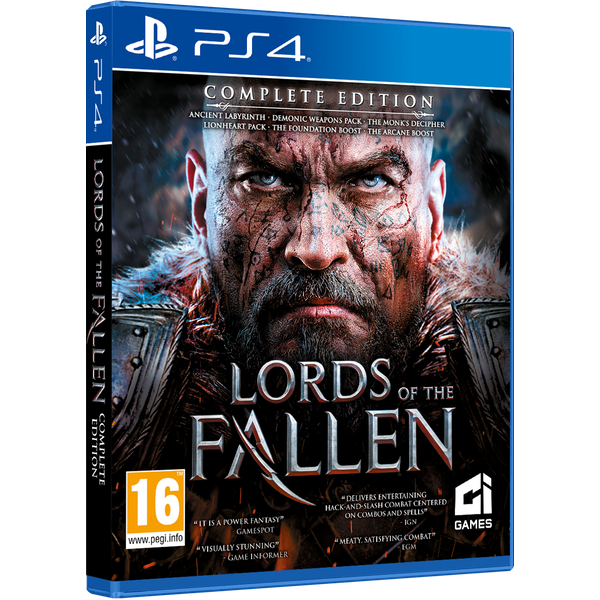 Good price for a decent enough game on both PS4 and XBoxOne
Lords Of The Fallen Complete Edition Includes all additional content:
In the Time of the Ancients, the Worldly Realm was ruled by a God of pure evil, who enslaved all humankind under his Dominion. But fear turned to anger as rebellion grew in the hearts of men - until the dawn of the Great Rising, when the fight for freedom began. After a glorious victory that cast aside the Fallen God, humans dictated a new order... a world where no sin can ever be forgiven and redemption was not an option.


Now, millennia later, the world trembles in fear as the Demonic Rhogar Legion returns from their dark realm, driven by a foul hunger for innocent spirits. Humanity, in a desperate last act, calls upon an unlikely defender - a convicted sinner, rejected by society and cast out of the light... a man known as Harkyn. Now, alongside his mentor, Kaslo, they must travel to the source of the Darkness... to face the Lords of the Fallen.

Amazing game on PS4, however it isn't well optimized on PC.

I don't think the majority of steam users agree with you. The devs stopped working on updates/ bug fixes a while ago, and there is literally no support.
Edited by: "TheGood_Son" 5th Apr
5th Apr

It does not mean the majority of steam owners have my PC...
5th Apr

It does not mean the majority of steam owners have my PC...

We got it you have the best PC. Enjoy
5th Apr

‌ We got it you have the best PC. Enjoy