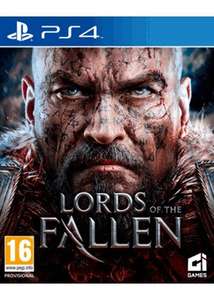 In an unforgiving world where no sin is ever forgotten, Harkyn, a convicted criminal, is given a chance for redemption. Just when rulers of the world get close to finding a way to banish all evil from humans, an army of the long-ago defeated god attacks the human realm. Released from prison, Harkyn and his mentor, Kaslo, set out on a mission to stop the war.
In his journey, Harkyn will forge strong alliances and face even stronger enemies. He will learn the true power of the Rhogar Lords - commanders of god's army. He will even bring the battle to the Rhogar, travelling to the heart of the demonic dimension.
Will the god manage to enslave humans again? Is mankind really able to banish evil? Will Harkyn's sins ever be forgiven?
Is mankind capable of banishing evil?
Medieval fantasy world
Filled with chaos and lethal danger, where player never feels safe
The full history of both world and the player character unveils and dramatically changes throughout the gameplay
The combat system with many complex skills
Large variety of tactical medieval-based weapon fighting techniques
Powerful and spectacular supernatural skills
Fighting against the formidable Lords and Generals
Even regular opponents make up a challenging duels
Over 11 boss encounters including giant beasts
Opponents include both supernatural beings and humans
Large variety of items and gear
Classes of gear: Warrior, Rogue, Cleric
Tons of hidden objects and locations
Freedom of mixing different classes for both gear and skills
PostTweetShare Share with WhatsApp Share with Messenger
Community Updates
10 Comments
Post a comment