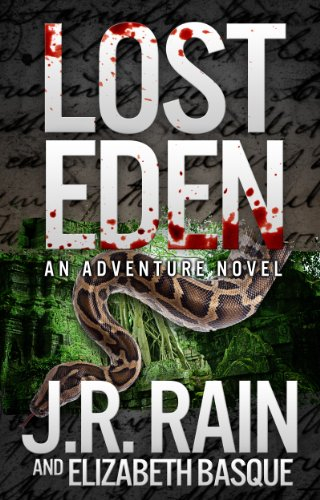 "A thrilling novel of biblical proportions. A rollicking hunt for nothing short of paradise!

Jack Rome, an American working at the Swiss Embassy in Tehran, is approached by a young woman with a very unusual story, a story that reaches back through the ages. As Jack realizes just who she is—and his stunning connection to her—he finds himself thrown into a world of ruthless spies, treasure hunters, and desperate billionaires. Most important, he finds himself on the trail of something beyond his wildest imagination.

The true Garden of Eden... hidden deep within a mountain fortress.

Dying of a rare disease, one Russian pharmaceutical giant will stop at nothing to find the Tree of Life and its alleged healing oils, killing all those who stand in his way, and threatening all of life on planet earth. Except, of course, the sacred Garden has a few secrets of its own, including one stubborn adventurer who refuses to die...
PostTweetShare Share with WhatsApp Share with Messenger
Community Updates
3 Comments
Post a comment