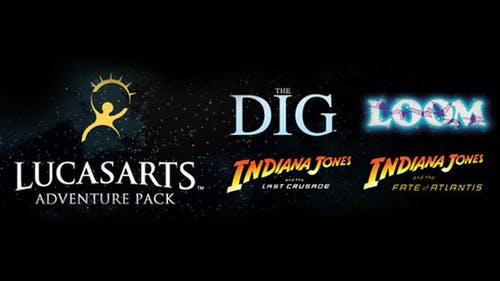 From the studio behind such classics as Monkey Island and Star Wars Battlefront II, comes a collection of classic titles in the form of the LucasArts Adventure Pack. With this Steam key, your have access to four awesome games from the LucasArts collection.
While new point-and-click adventures are scarce in number, they are still remembered with great fondness by members of the community

Indiana Jones and the Fate of Atlantis (1992)
The Man With The Hat Is Back In His Greatest Adventure Yet! 1939 - The eve of World War II. Nazi agents are about to get their hands on a weapon more dangerous than the atom bomb. Only Indy can stop them before they unleash the deadly secret that sank Atlantis.

Indiana Jones and the Last Crusade (1989)
Europe, 1938: The lost Ark was just a warm-up! Now Adolf Hitler is after the most powerful talisman of all - the Holy Grail. A few brave men stand in his way. Fortunately, one of them is Indiana Jones, and this time he has his dad with him.

Loom (1990)
Long after the passing of the Second Shadow, when dragons ruled the twilight sky and the stars were bright and numerous, came the Age of the Great Guilds. Blacksmiths. Shepherds. Clerics. Each dedicated to the absolute control of secret knowledge. Another such Guild was the Weavers.

The Dig (1995)
An asteroid the size of a small moon is on a crash course toward Earth. Once the wayward asteroid is nuked into a safe orbit, a trio conducts a routine examination of the rocky surface. What they uncover is anything but routine. 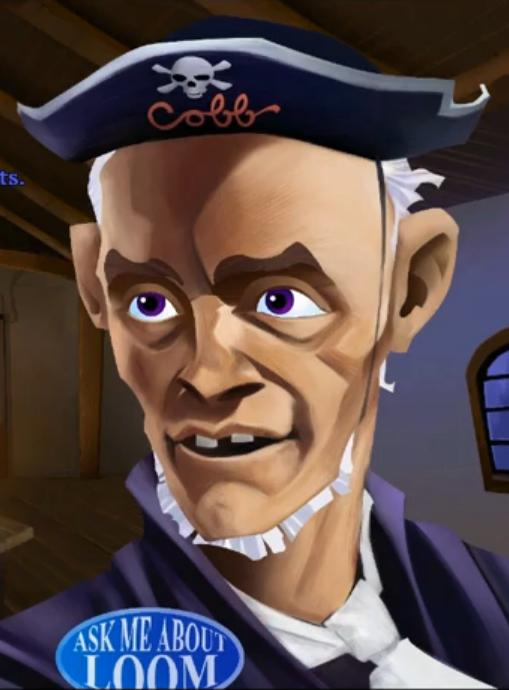 14th Mar
Great collection, already own them but heat added. How I wish Lucas Arts were still about.
14th Mar
Oh boy, those were the days!!!
14th Mar
Fate of Atlantis is a brilliant game. Can be replayed on three different paths as well.
Edited by: "thermomonkey" 15th Mar
15th Mar
Awesome bargain! Fate of Atlantis was an outstanding game!They’ve also got the Monkey Island 1&2 special edition bundle for £2.52 there as well.
15th Mar
I used to love loom!
Bejesus it was ridiculously hard for a 10 year old but loved it. Chuffed when I learnt a song and it worked