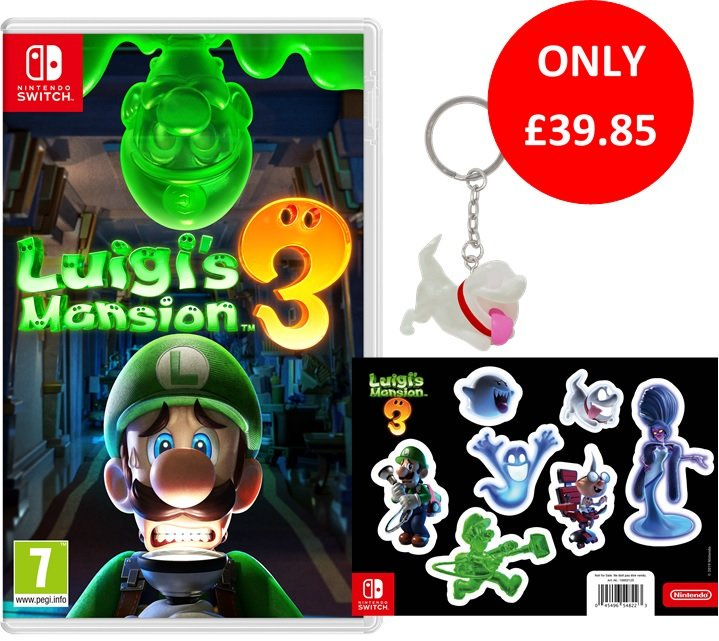 Good price if you want to preorder. Shopto is now adding some glow in the dark sticker and keyring to preorders! 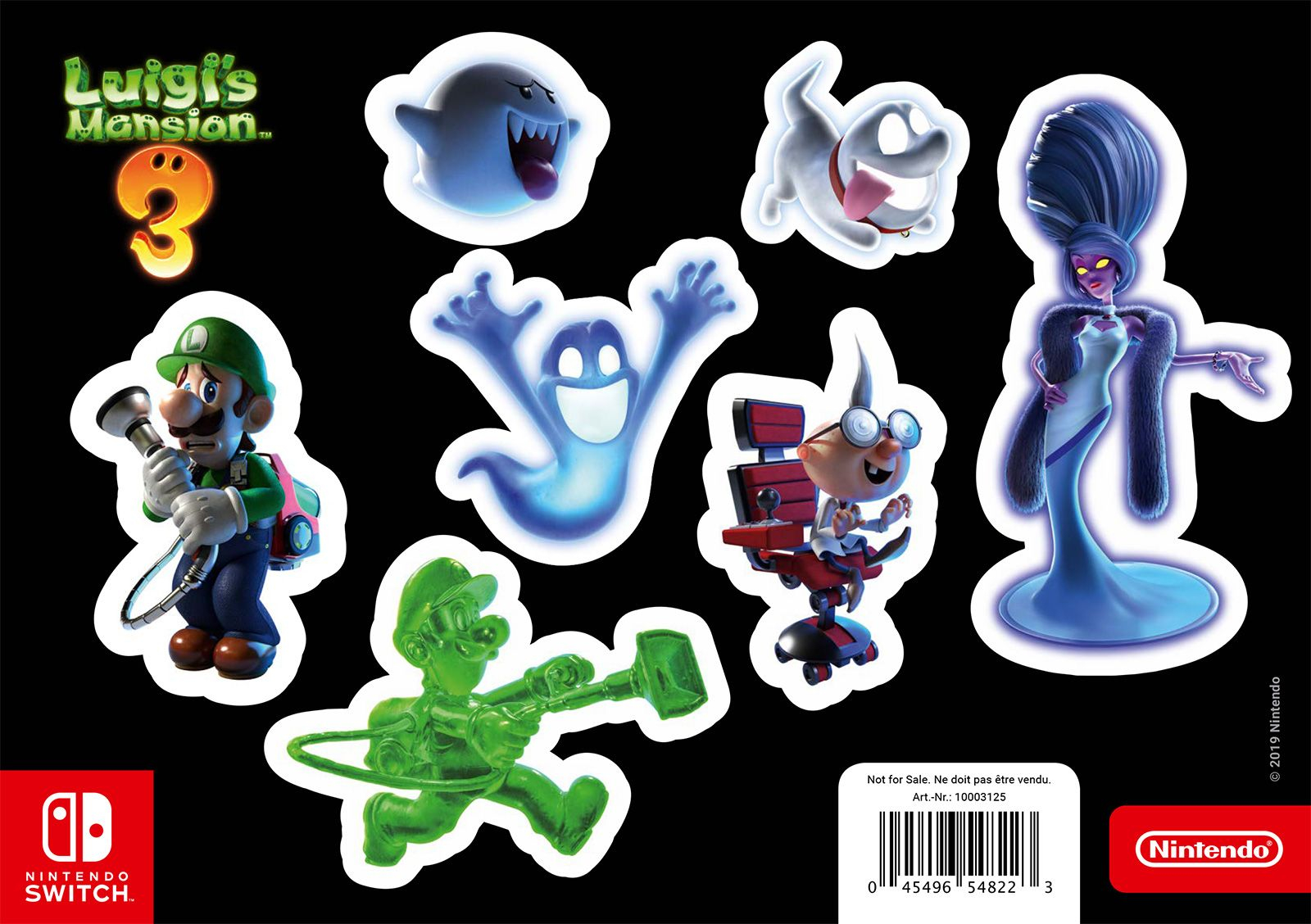 Luigi embarks on a dream vacation with Mario and friends upon receiving an invitation to a luxurious hotel. However, his dream quickly becomes a nightmare when King Boo reveals everything had been a ploy to capture Mario and friends.

With the assistance of Professor E. Gadd once again, the reluctant and cowardly hero Luigi traverses up and down treacherous doors of the now-ominous hotel on a quest to save them.

Wield the upgraded Poltergust G-00 to slam and blow away the ghosts’ defenses, or summon Gooigi, an all-green doppelganger that can help Luigi overcome obstacles he can’t get past alone. Interchange between Luigi and Gooigi as one player, or grab a friend and control one each. For more frenetic multiplayer action, race the timer to clear various objectives on a series of doors in ScareScraper mode. ScareScraper mode can be played online or locally with up to eight players on four Nintendo Switch systems (additional games required; sold separately).

• He may still be cowardly, but Luigi has more tools and abilities at his disposal than ever before. Master Luigi’s new powerful moves of Slam, Suction Shot and Burst

• Team up with Professor E. Gadd’s latest invention, Gooigi, an all-green doppelganger able to slip through tight spaces, walk on spikes, and otherwise help Luigi overcome obstacles he can’t get past alone

• Interchange between Luigi and Gooigi as one player, or grab a friend and control one each at the same time

• Race the timer with up to 8 players to clear objectives on a series of doors in the ScareScraper
PostTweetShare Share with WhatsApp Share with Messenger
Community Updates
ShopTo DealsShopTo discount code
If you click through or buy, retailers may pay hotukdeals some money, but this never affects which deals get posted. Find more info in our FAQs and About Us page.
New Comment Subscribe Save for later
14 Comments
31st Jul 2019
not bad lil extras and a decent price but think im gonna hold off for a bit and wait n see where the steelbook turns up (assuming that it will )
31st Jul 2019
So pointless steelbooks they don’t add valve to anything just you pay extra for nothing. They don’t gain in value.
31st Jul 2019

Luigi is my fave. He is badass

He is a good guy for me, Waluigi is the real bad ass, and still awaiting his own game! Either way though I'd agree that Luigi is a cool dude.
31st Jul 2019

Australia is getting a glow in the dark steelbook

And Belgium/Netherlands also. The keyring isn't the worst thing ever, but would rather have Steelbook. Would be even better to have options or choice and not such variance based on a global postcode lottery for customers. This is the Nintendo way for ever now though.
1st Aug 2019
Luigi's Mansion 1 & 2 are great games.

Got high hopes for this one - one of most anticipated games this year
3rd Oct 2019
Just ordered at this price so could it be unexpired?
3rd Oct 2019

Australia is getting a glow in the dark steelbook

So are we if you order it from Nintendo but you have to pay an extra £10 and you don't get any stickers.
28th Oct 2019
They've stopped offering the stickers and keyring