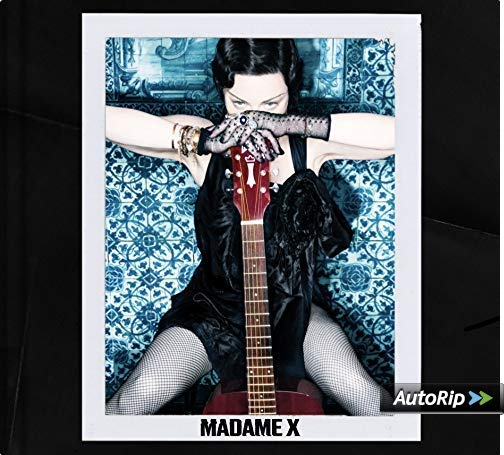 Madonna’s 14th studio album Madame X. Influenced creatively by living in Lisbon, Portugal over the past several years, Madame X is a collection of 15 new songs that celebrate Madonna’s career-long affair with Latin music and culture as well as other global influences. Singing in Portuguese, Spanish and English, highlights on the album include Medellín, which was co-produced by Mirwais and captures the spirit of Maluma’s hometown, the anthemic song I Rise, the Jamaican dancehall vibes of Future featuring Quavo, and co-produced by Diplo, as well as the sonically innovative Mirwais produced Dark Ballet. Recorded over 18 months in Portugal, London, New York and Los Angeles, Madonna collaborated on Madame X with longtime producer Mirwais, as well as with producers Mike Dean and Diplo, among others.
PostTweetShare Share with WhatsApp Share with Messenger
Community Updates
Amazon DealsAmazon discount code
New Comment Subscribe Save for later
1 Comment
6th Jan
This is a great deal! Fantastic album