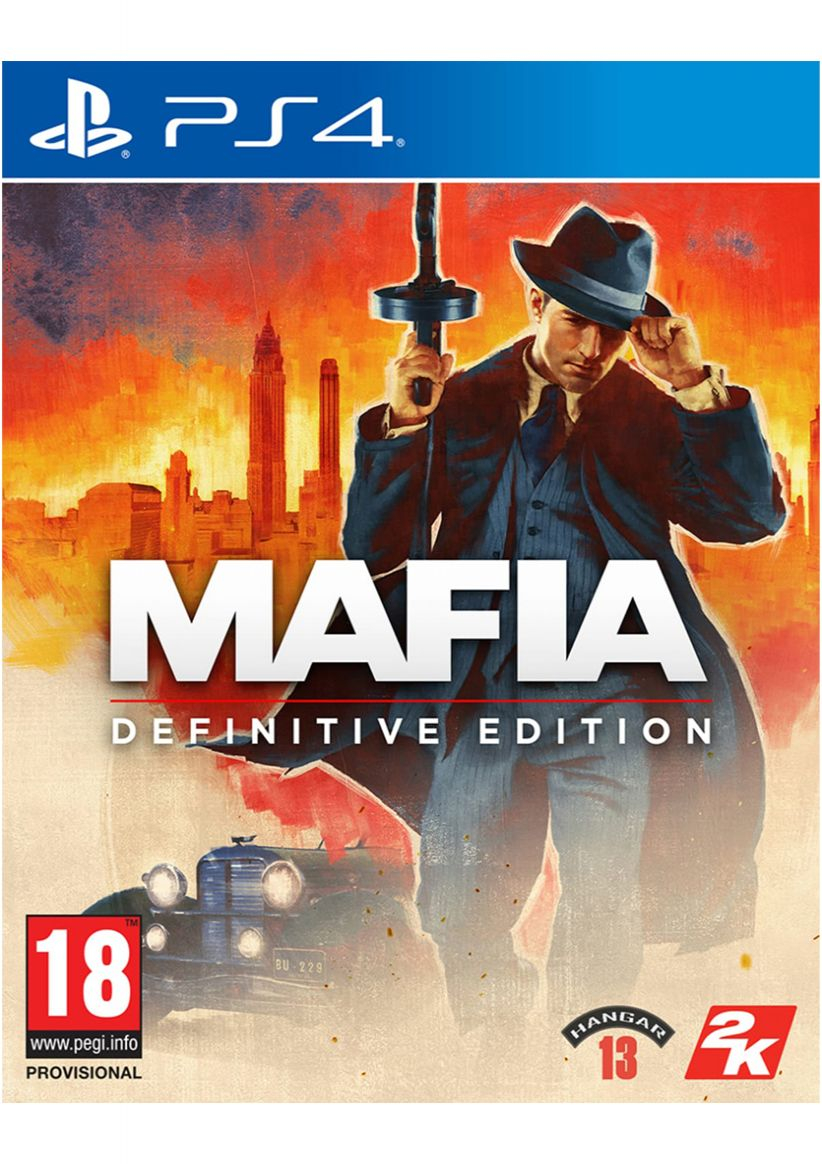 Take this with a pinch of salt. I suspect the price might come a bit further down by the release. Out of the trilogy, I personally think the only one that may be worth getting is the first one. Two and three did not receive what we can call a remaster, IMO. In other news, one is the actual remake and I am fairly keen to see how different it plays.

Part one of the Mafia crime saga - 1930s, Lost Heaven, IL
Re-made from the ground up, rise through the ranks of the Mafia during the Prohibition era of organized crime. After a run-in with the mob, cab driver Tommy Angelo is thrust into a deadly underworld. Initially uneasy about falling in with the Salieri crime family, Tommy soon finds that the rewards are too big to ignore.

This is the first game and that definitely is hugely remastered. 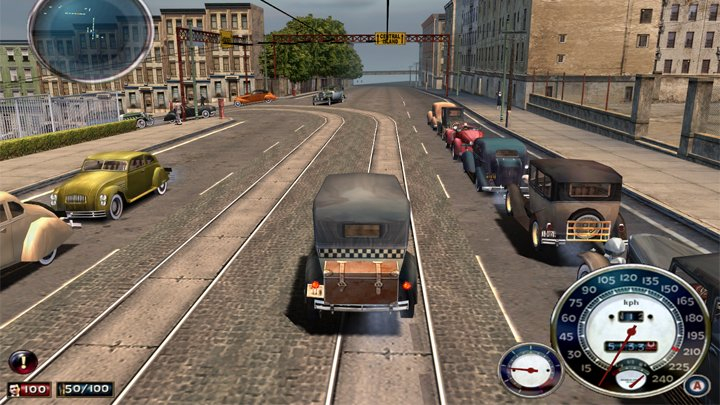 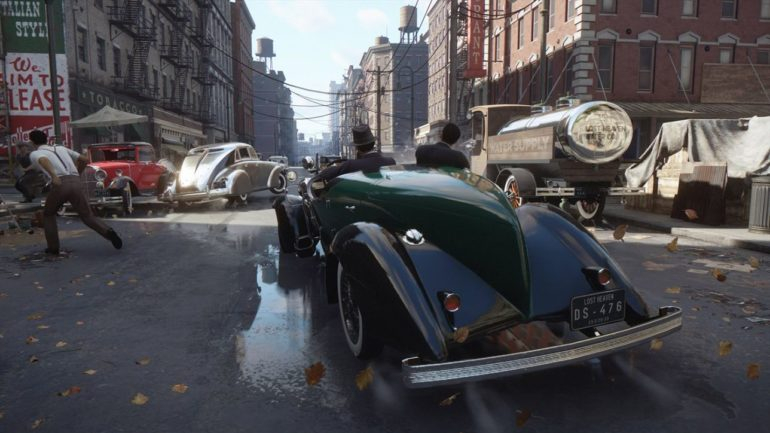 I think you are looking at the wrong comparisons.

They have only shown screenshots for Mafia 1 which look massively different.

I think they have messed up the PR for these releases as they are very confusing.

3 is just the same (albeit the definitive edition).

That's what I gather. As I said though, the whole announcement was odd.
20th May

I agree. Mafia 2 is not a proper remake anyway. But this is for Mafia 1 which is being remade so hopefully it will be much better.
33 Comments
20th May
Mafia 2 is riddled with bugs and graphical glitches. If you buy now. I wouldn't start playing it until they release a patch to fix it
20th May
This looks great, never finished the original so looking forward to this, hope the prison shower scene hasn’t been upgraded too much 😬
Edited by: "lucas" 20th May
20th May

This is just part 1, the remake from what I can see.
20th May

I agree. Mafia 2 is not a proper remake anyway. But this is for Mafia 1 which is being remade so hopefully it will be much better.
20th May
Tempted, but can’t help but feel this was released under the radar for a reason, hopefully I’m wrong and it’ll review well. Heat mixmixi 🔥
Edited by: "michaeldvi" 20th May
20th May

This is just part 1, the remake from what I can see.

Ah yes sorry my mistake
20th May
Do they price guarantee, cos this seems inflated. Pretty sure it'll be 20-25 by the time of the release date.
20th May
Looking at the side by side comparisons they don’t seem hugely remastered
20th May

I think you are looking at the wrong comparisons.

They have only shown screenshots for Mafia 1 which look massively different.

I think they have messed up the PR for these releases as they are very confusing.

3 is just the same (albeit the definitive edition).

That's what I gather. As I said though, the whole announcement was odd.
20th May

Been checking out the videos this morning it is an odd one as they normally hype up these kind of releases.
20th May
Hmm I'd pay this for all 3. Kinda feel this is too much for just the first game so wiill wait. Thanks for posting.
20th May

You are looking at Mafia II compassion. I know it is confusing at this stage.
20th May
The original Mafia game (owned on original Xbox) was superior in comparison to games 2 and 3. Looking forward to playing this again but I think I might hold out for another potential price glitch on PSN
20th May

This is the first game and that definitely is hugely remastered.

20th May
Are we really pre-ordering games from rendered bullshots now? not even a game play video at all?
20th May

Are we really pretending that it will look closer to the original than the bullshot?
20th May
I really can’t wait for this. My favourite series of games (ignoring 3. That was turd)

Playing through the second on PS3 again up until yesterday when the second surprisingly dropped. The first and second were amazing games. Massively immersing.

Here’s a comparison of the remake and the original. There is some gameplay footage out of it too. Although I can’t see it being bad as they’re a brilliant developer. It’s made on the Mafia 3 engine 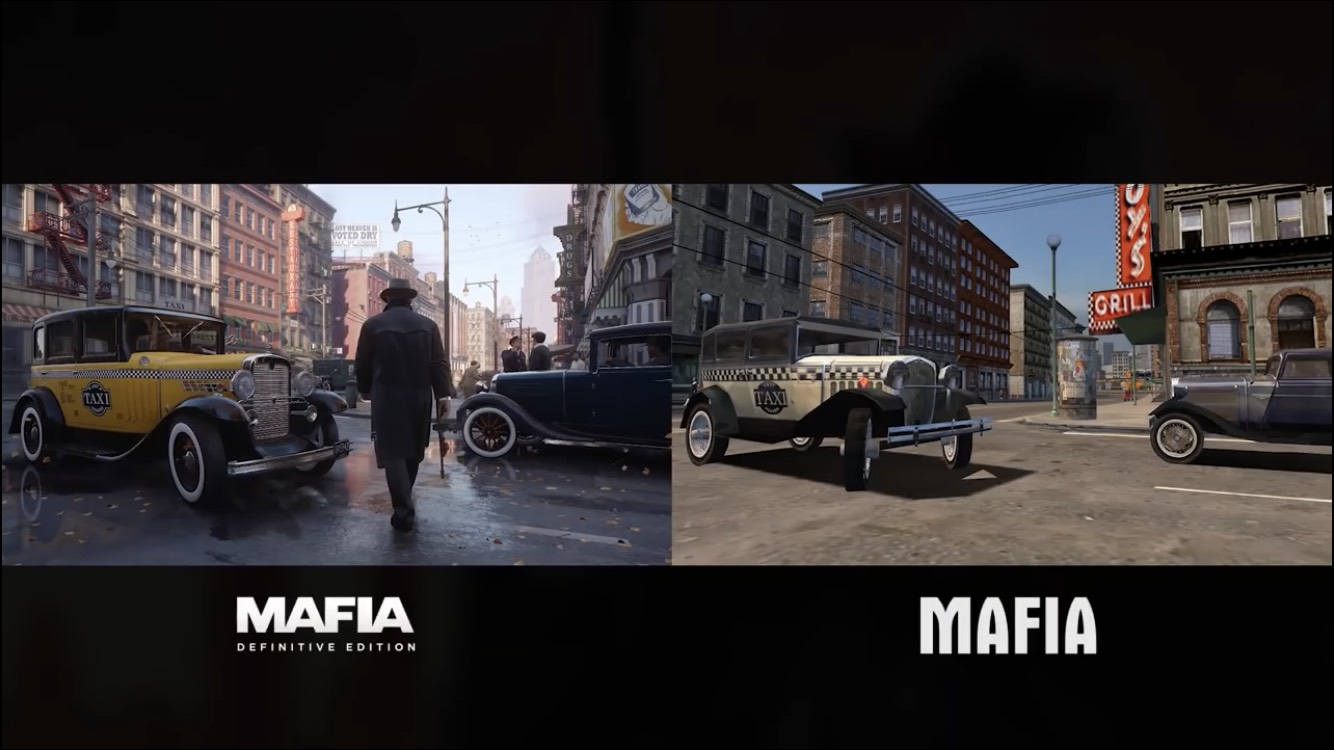 20th May
What's the concencus on these games? Which (if any) are worth picking up?
20th May
Mafia 1 is one of my favourite games of all time - it really felt like a labour of love - the other two didn't come close. I read this morning that the remake of Mafia 1 is intended to retail at £35, so this is a good price. Still, a little early to see if it's going to be any good.
20th May

It’s not under the radar, it’s isn’t released until 28th August.
20th May

It’s not under the radar, it’s isn’t released until 28th August.

I think he means announced under the radar. The news came very quickly and suddenly.
20th May

What's the concencus on these games? Which (if any) are worth picking up?

For me personally they are worse as they go along.

Mafia is my favourite, enjoyed the story and the gameplay, Mafia 2 was a decent successor and appreciated it's approach of not filling the world with pointless side quests.

Mafia 3 opens promising then suddenly has this annoying gameplay loop of clearing warehouse after warehouse.
20th May
Mafia 1 was incredible for its day. Will be watching with interest!
Edited by: "DonnyBrago" 20th May
20th May
Just gone onto ps store and the’ stones unturned’ was free but ‘faster baby’ is showing as £11.99,will this also become free or is it just stones unturned’ ?
20th May

This is Mafia 1. You’re talking about Mafia 3 DLCs. No blame on you, if 2k announced things properly, people would’ve been less confused about the whole situation.
20th May
If mafia 1 has been remade with mafia 3's engine then god help us, itll be £5 in a month
20th May
I hope it still has the feel of the original. I think it's a fair price considering it's a complete remake.

Obviously mafia 2 and 3 would have to be cheaper.
20th May
Mafia was amazing back on the PC, with a bit of luck the one awful part... the race, will be a little more forgiving
20th May

To me the top image is a gameplay image and the bottom is a promo image so I'd take that with a pinch of salt personally.
20th May

And again as I said above, do you honestly believe that it won’t be closer to the bottom image vs the top? Come on.

Nobody is claiming the bottom image is gameplay. We’re saying based on that image, it’s clearly getting better treatment than Mafia 2 did.
21st May
Got the Trilogy for £39.99 and sold my physical copy of Mafia 3 for £4.50 making each game about £11.80 so not bad at all. Have never played Mafia 1 & 2 so looking forward to seeing what they're all about
21st May
Finally you poor souls that never experienced the best mafia game and the best linear action adventure story based game ever will have a chance . Either you missed it when it was the best r
Graphics 20 years ago , or you weren't born which by the time you played a game you thought the graphics are so bad it wasn't worth it . Now you'll see . I hope they use the same Django music .
22nd May

As I played though the series I always hoped they'd improve the enemy AI. Like the Just Cause series, they didn't.