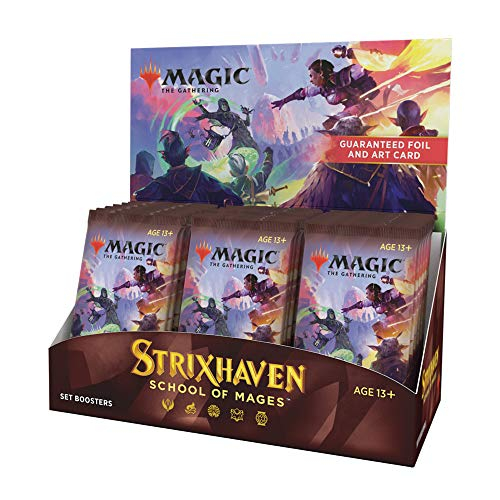 Strixhaven is the most elite University in the Multiverse. It features five colleges, which battle it out with their own takes on magic: Silverquil, Lorehold, Prismari, Witherbloom and Quandrix. Learn from the best professors and explore Strixhaven’s huge library! These packs are aimed at players who are not interested in Draft or Limited play. Each 14-card pack includes several cards interconnected by theme, plus at least one foil card and at least one Rare or Mythic Rare. As you open this booster pack, you experience 4 different sections filled with several excitement points, instead of just the one in a usual booster.
PostTweetShare Share with WhatsApp Share with Messenger
Community Updates
2 Comments
Post a comment