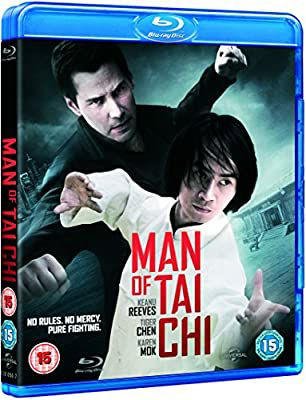 Keanu Reeves directs and stars alongside Chinese martial artist Tiger Chen in this action-packed thriller following the experience of a highly-skilled fighter entering the brutal world of underground combat. Tiger Chen (Chen) is a conflicted student of tai chi master Yang (Hai Yu) at a temple which has recently been deemed structurally unsafe. Tiger's talents are unparalleled, yet his lack of control over his emotions means that he is in danger of bringing dishonour to his teacher. Having captured the attention of Donaka Mark (Reeves), the wealthy owner of a private security firm, Tiger is invited to Hong Kong where he expects to be offered a job at the company. However, Tiger soon realises that Donaka has other plans in store for him and he is reluctantly thrown into the world of underground fight clubs where his abilities prove more than capable of securing him wealth and fame. But will this newly-gained success mean Tiger will become a shadow of his former self?

I know.wouldnt let me post it.and when I put info here it was removed.that seller has 4 copies.nonetheless this is still brill price.
12th Jul
Thanks for the post. If I saw a 3quid blue ray I wouldn't bother searching for cheaper prices.
12th Jul