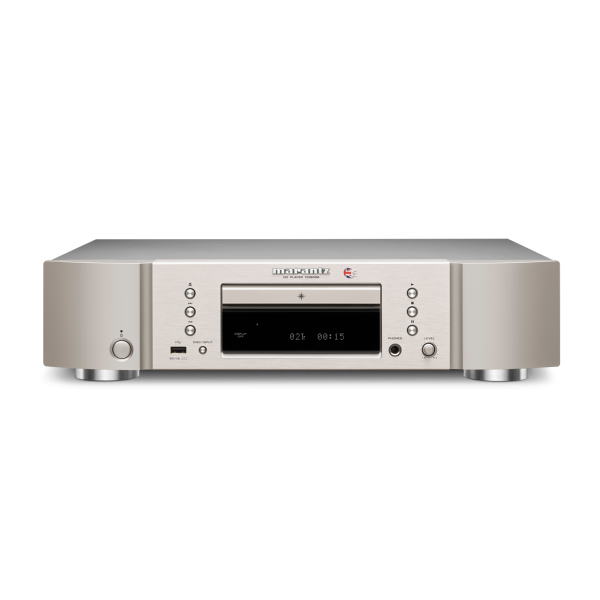 I was in the market place for a reasonable quality HiFi CD player and I came across this little beauty in silver. Absolute steel at this price next best is £339.00 - got a price match and then some with RicherSounds with there current price at £349.00! Hope this helps some one ‌
PostTweetShare Share with WhatsApp Share with Messenger
Community Updates
Hifi Confidential Deals
New Comment Subscribe Save for later
Top comments
5th Apr

It's a less good music reproduction system than LP but way better than MP3. Next please.
5th Apr

It's the unpretentious version of a vinyl record.
46 Comments
5th Apr
Heat added mate...very good cd player indeed.
5th Apr
Thanks for the post. Any one have any ideas how this stacks up against a DENON DCD-800NE?
5th Apr

Had three Denon CD Players always been top for me current one DCD-720AE
5th Apr
I would guess the electronics and transport is pretty much the same as these two companies are one and the same. I think it is D+M but I also think D+M was bought by another well known audio brand - just can’t remember who.
5th Apr
google.co.uk/amp…tml
5th Apr

They own a big chunk of the market then!
5th Apr
Things like this should be getting a lot cheaper as many retailers are going to the wall in the next 6 months.
5th Apr
Pretty much always this price and drops to 279 a lot. That’s what I’ve paid for both this and the PM6006. Great player though.
5th Apr
Gonna get myself into trouble here after reading all the above positive comments....but....
Its a bit BIG, considering you can get a portable cd player as a guide to the mechanism inside a cd player, and isnt CD a dying media compared to digital downloads or other streaming services.
I know I'm gonna get a jolly good telling off for this post so i might as well make it worth while and add...
If the cd player is this big, i assume it needs an amplifier and probably a tuner etc.., and in my mind I'm picturing something i used to have in the 80s/90s in my front room so isnt that set up a bit old fashioned for 2020 ?
Ding Ding....round 1
5th Apr
What is a CD?
5th Apr

It's a less good music reproduction system than LP but way better than MP3. Next please.
5th Apr
..it doesn't even play Super Audio CD's (SACD's).
5th Apr
Marantz have always made some of the best CD players for 'not silly money' and this ain't silly.
5th Apr

..why can't it play SACD's?...should be standard for this price.
5th Apr

..why can't it play SACD's?...should be standard for this price.

Yes Mr President 😄
5th Apr
This is what hifi 'product of the year' I, had one bought for my birthday this year and I love it. Sounds divine fir the money. Great price too.
5th Apr

It's a less good music reproduction system than LP

How did you work that out?
5th Apr

Have a read of: dali-speakers.com/sou…ds/

"It should also be noted that many recordings come nowhere near testing the technical limits of CD. "
Edited by: "thetarget" 5th Apr
5th Apr
The black version is £319 at Richer Sounds if anyone prefers that colour and you can purchase the refundable 6 year warranty with them.
5th Apr

Indeed, I've had a Marantz CD63SE sitting in a box unused for the last 15 years (I have everything ripped to FLAC). In many ways it's the predecessor to the CD6006. More about the CD63 and the rather special KI Signature edition here:

How did you work that out?

Brick wall filtering, dear boy. You can't sense something if it has been chopped out.

And analogue has unlimited bandwidth, something digital, by definition, can never have.

Your ears can't either though. There's a reason CD was set to specifications it was.
6th Apr

Too many negatives for me to be content with just records. Digital is just too easy to use. If I miss out on frequencies I can't hear anyway I think I'm ok with it.
6th Apr
Undoubtedly a great brand and high quality product but...

that's not the UK edition, cold on your comment
6th Apr

that's not the UK edition, cold on your comment

Says who? ean shows it is.
6th Apr

Just had a reply form the eBay seller and quote -

It is the standard edition.

Nice job on liking your own comment, ok standard edition as in non UK edition? Ean they have listed brings up the UK edition, difference between the two anyway
6th Apr

I dont understand the EAN number as when I google it it comes up with the standard edition and not the UK edition.

Launched in 2016, the CD6006 and PM6006 won not just What Hi-Fi? five-star accolades, but also the EISA 2016-17 Award for Best European Stereo System, recognising their exceptionally high standards of performance and spectacular value for money. For these UK Editions the audio tuning team has revisited these two models, improving components throughout to deliver even better sound, and designing a new Special UK Edition logo incorporating the Union Flag to set them apart from the standard models.

Both the CD6006 and PM6006 were originally designed with selected audio components, but for the UK Edition models further enhancements have been made in sound-critical areas, giving the new models even more performance, and bringing the listener even closer to their favourite music by enhancing both dynamic ability and soundstage focus.

A high-quality CS4398 DAC is used while an oversized power supply is used, with separate outputs for both the digital and analogue sections of the player. In the UK Edition this has been enhanced with the use of special ELNA power supply capacitors – as ever, chosen by the Marantz team after extensive listening tests.

I hope I have answered your questions
6th Apr

Of course you must only play old records, because as you well know, all modern vinyl is pressed using digital masters.
6th Apr

So pretty useless then as they'll be so worn out that there is no way they represent what was originally recorded on them, unlike CDs
7th Apr

No, quite the contrary. Vinyl doesn't oxidise like CDs, it's a very durable material. Hence why well looked after records sound fabulous 70 years later and why people pay so much for them. Think of all the nasty chemicals that are happily stored in plastic bottles. Not in cheap polycarbonate containers.