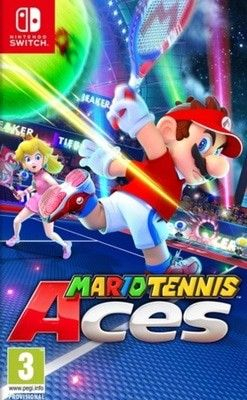 While many gamers see Mario as a track and field star after a number of face-offs against Sonic the Hedgehog in the summer and winter Olympics, older Nintendo fans that the sport that's really closest to his heart is tennis. The Italian plumber is back on the court and back in business in Mario Tennis Aces.

While, yes, you don't pick up a Mario sports game and not expect to be able to play it with your kids, there's a level of depth to the tennis that belies its family-friendly exterior. The gameplay is fast-paced and surprisingly strategic, offering seasoned fans plenty to sink their teeth into. A simulation this is not, however, and Mario Tennis Aces boasts a feature lifted straight from the beat-'em-up genre. As you play you build up a power gauge, and it's on you to deploy it at just the right moment, potentially building it all the way up for a special shot so powerful it could break a racket instantly.

Older fans will also get a kick from a mode lifted right from Mario Tennis: Power Tour on the Game Boy Advance, with players able to take on an adventure complete with boss fights to level up their player.