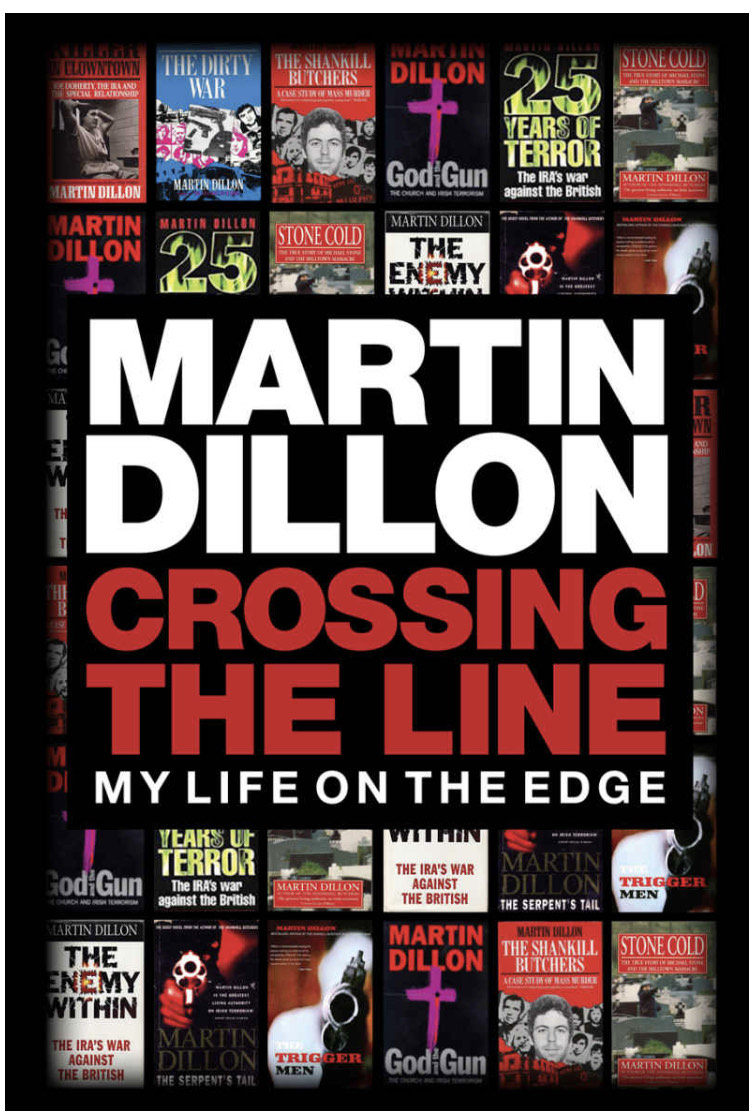 In 'Crossing the Line', former BBC journalist and best-selling author Martin Dillon recalls his courageous journalistic career spent ‘on the edge’ during the worst years of the modern Troubles. Following his childhood on Belfast’s Falls Road and his wandering teenage years, Dillon’s move into the world of journalism was soon to lead him down paths of extreme danger, putting himself in harm’s way to reveal the shocking truths of the emerging conflict in his native city. His extraordinary story reveals encounters with a roll-call of major political figures, paramilitaries, and Irish literary greats.

Dillon’s memoir is as compelling as it is incisive; a riot of revelations on the political and sectarian conflict that rocked Belfast during the 1970s and ’80s. Dillon’s aptitude and ambition gave him unparalleled access to the worlds of politics, sectarian violence, literature and media – 'Crossing the Line' exposes the complex and oftentimes devastating thread that joins them.

Martin Dillon is the great chronicler of the Troubles in Northern Ireland. His investigative journalism was unparalleled in revealing the truth about this dreadful conflict. Under his forensic gaze, the cruelties and failings of all sides were shown to the world, whether they were loyalist, republican or British. It was Martin who inspired me to become an investigative journalist, and both I and every reporter who prides themselves on fearlessly defending the truth owe him a great debt. I cannot recommend this book highly enough. --Neil Mackay, author and editor of the Scottish Sunday Herald

Martin Dillon has that unique knack of combining forensic historical fact-based research with the art of thriller-like writing. His books have accurately chartered the terror and the horror of recent Northern Irish history but always in a tone of compassion for the innocent victims caught up in conflict. Works like his 'The Shankill Butchers' and 'The Dirty War' stand the test of time and will be essential reading for generations to come for those trying to make sense out of the madness that was 'The Troubles'. --Henry McDonald; author, journalist and Ireland correspondent for The Guardian

At their very best, journalists are worker bees, hewers of information and carriers of facts, especially the very few who will not take no for an answer ... Dillon was one. You'll find him all over these chapters, the hack armed only with a pen and facing the high walls of official denial. --Tom McGurk, broadcaster and journalist

Martin Dillon worked as a BBC journalist for eighteen years producing award-winning programmes for television and radio, and has won international acclaim for his unique, investigative books on the Ireland conflict. Conor Cruise O Brien, renowned historian and scholar, described him as our Virgil to that inferno
PostTweetShare Share with WhatsApp Share with Messenger
Community Updates
Amazon DealsAmazon discount code
New Comment SubscribeSave for later
Post a comment