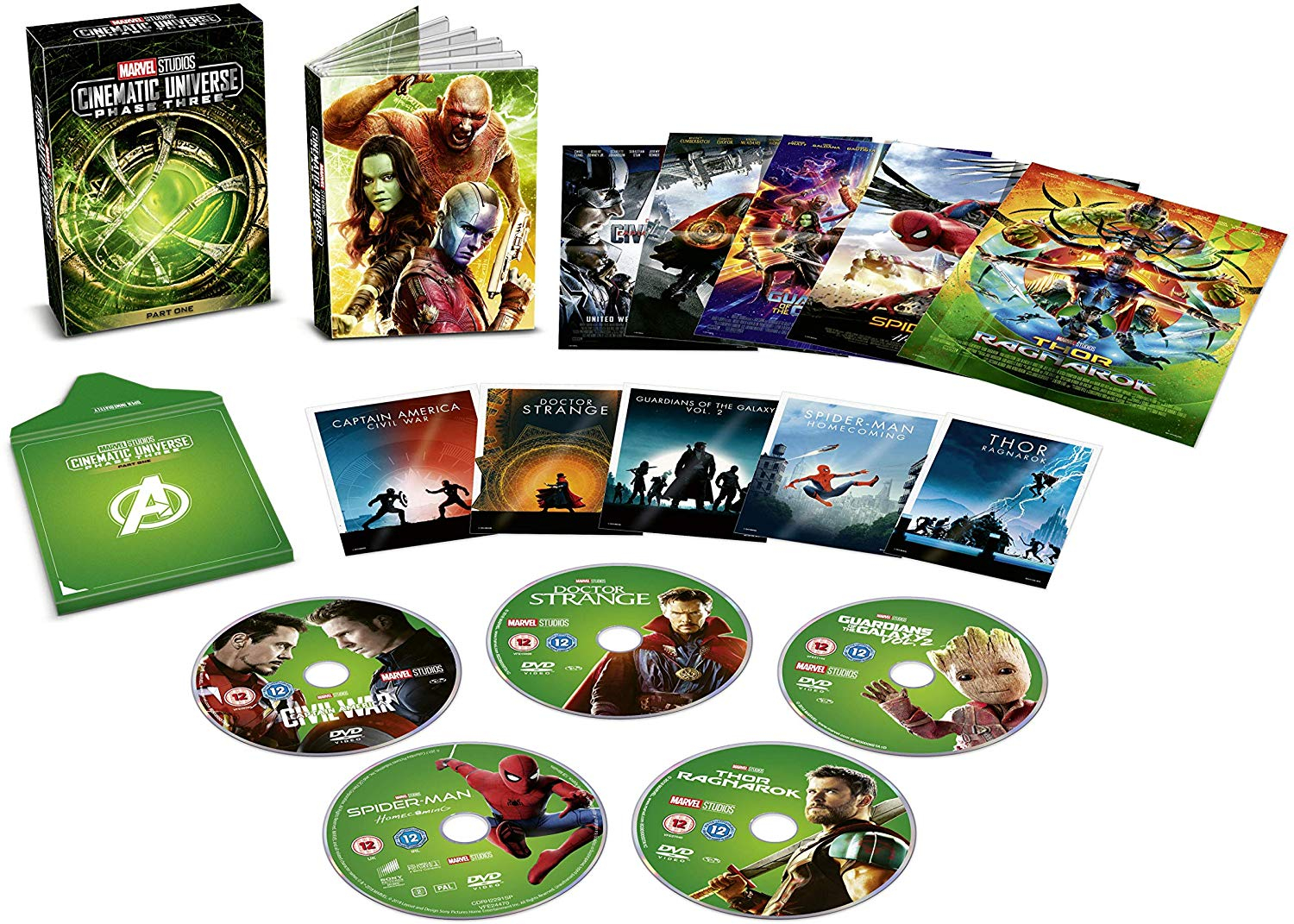 An explosive rift rocks the Marvel Cinematic Universe in the game-changing epic, Captain America: Civil War. When government pressure to reign in the Avengers drives a deep wedge between Captain America (Chris Evans) and Iron Man (Robert Downey Jr.), best friends are turned into bitter enemies. Against a backdrop of divided loyalties, mysterious villains and new allies, the ultimate battle for the future of the Avengers and all humanity erupts in this spectacular adventure.

From Marvel comes Doctor Strange, the story of world-famous neurosurgeon Dr. Stephen Strange whose life changes forever after a horrific car accident robs him of the use of his hands. When traditional medicine fails him, he is forced to look for healing and hope, in an unlikely place—a mysterious enclave known as Kamar-Taj. He quickly learns that this is not just a centre for healing but also the front line of a battle against unseen dark forces bent on destroying our reality. Before long Strange—armed with newly acquired magical powers—is forced to choose whether to return to his life of fortune and status or leave it all behind to defend the world as the most powerful sorcerer in existence.

Guardians of the Galaxy Vol. 2:

Set to the all-new sonic backdrop of Awesome Mixtape No. 2, Marvel Studios’ Guardians of the Galaxy Vol. 2 continues the team’s adventures as they traverse the outer reaches of the cosmos. The Guardians must fight to keep their newfound family together as they unravel the mystery of Peter Quill’s true parentage. Old foes become new allies and fan-favourite characters from the classic comics will come to our heroes’ aid as the Marvel Cinematic Universe continues to expand.

A young Peter Parker/Spider-Man (Tom Holland), who made his sensational debut in Captain America: Civil War, begins to navigate his newfound identity as the web-slinging super hero. Thrilled by his experience with the Avengers, Peter returns home, where he lives with his Aunt May (Marisa Tomei), under the watchful eye of his new mentor Tony Stark (Robert Downey Jr.). Peter tries to fall back into his normal daily routine – distracted by thoughts of proving himself to be more than just your friendly neighbourhood Spider-Man – but when the Vulture (Michael Keaton) emerges as a new villain, everything that Peter holds most important will be threatened.

In Marvel Studios’ Thor: Ragnarok, Thor, imprisoned on the other side of the universe, must race against time to get back to stop Ragnarok—the destruction of his world and the end of Asgardian civilisation at the hands of the ruthless Hela.
PostTweetShare Share with WhatsApp Share with Messenger
Community Updates
Amazon DealsAmazon discount code
New Comment Subscribe Save for later
1 Comment
29th Feb
Good selection of movies. Am i the only one surprised they still make dvds? seem dated now with blue-Ray and 4k