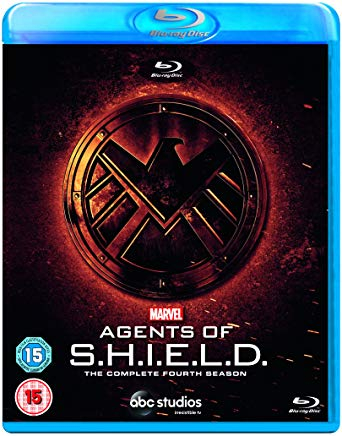 Cheapest this has been on amazon.
The worlds of science and the supernatural collide with a vengeance in ABC Studios' explosive series, Marvel's Agents of S.H.I.E.L.D. - The Complete Fourth Season. Amid shifting loyalties and growing anti-Inhuman sentiment, Agent Daisy Johnson ("Quake") has gone rogue. But she returns after the terrifying "Ghost Rider" leaves a trail of scorched bodies in his wake. Then, corrupted by "The Darkhold", a mysterious and powerful book, Life Model Decoy (LMD) AIDA creates replicas of S.H.I.E.L.D. agents and imprisons their minds in The Framework: a deadly virtual reality simulation in which Hydra reigns supreme. Immerse yourself in all 22 action-packed episodes - plus riveting bonus extras - with this awesome boxed set! The product comes in both Blu-ray and DVD
PostTweetShare Share with WhatsApp Share with Messenger
Community Updates
Amazon DealsAmazon discount code
New Comment Subscribe Save for later
14 Comments
30th Jan
(whispers) Hail Hydra!
30th Jan

Agents of Hydra
31st Jan
brilliant series. 1st one took abit to get going. after that every season has surpassed the previous. one of my all time favs.
31st Jan
This price is for each season, not 1 to 4. A bit misleading.
31st Jan

I watched the first episode and couldnt get into it, when Ghost Rider was announced on season 4 I knew I had to watch it so I binge watched it and it became one of my favourite TV shows.
It got alot better after season 1
31st Jan

Yeah, you to block out S1. They just didn't know where they were going. Tie in with the movies etc. But once they knew that was over, they forged their own way and became a fav of mine.
31st Jan

It didnt feel very Marvel, low budget and I thought everyone was going to be "enhanced" instead of having powers. But Deathlok became alot better than he was when he was originally introduced. Budget clearly became higher and so did the show
31st Jan

This price is for each season, not 1 to 4. A bit misleading.

This price is for each season, not 1 to 4. A bit misleading.

Yeah. And not really a deal either.
31st Jan
Cold..
31st Jan
Should have been good, it wasn't. Came across as cheap and nasty, poor acting writing and directing - stopped watching after the first couple, a mate who continued with it said it got steadily worse
31st Jan

No it got better but then they started bringing in fringe characters amd ghosts and stuff amd it went crapola
31st Jan
I enjoyed the series with the blue folk. The blue lady was especially nice. I'll never look at a smurf the same way again lol 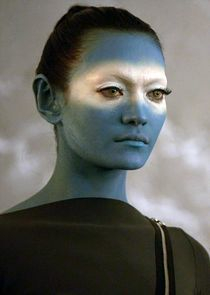 Yeah. Mate mentioned those too, but was less enthusiastic than you about it getting better ! ‌
When you think about some of the SHIELD stories in comics in 70s theres plenty to use, but apart from HYDRA they didn't use any
Edited by: "PhilK" 31st Jan