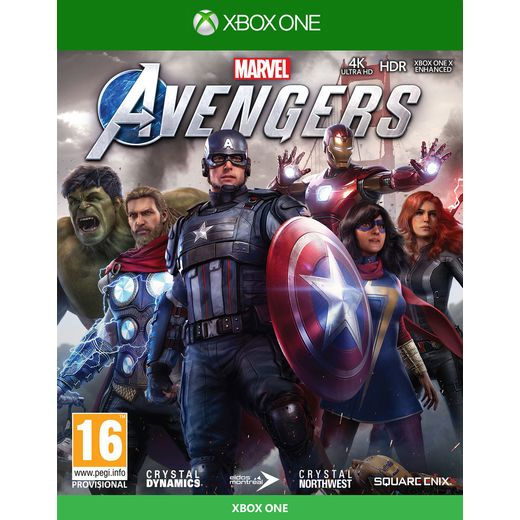 Key Features
Product Overview
Assemble a team of Earth’s Mightiest Heroes to defend the planet from a sinister new threat in Marvel’s Avengers for Xbox One, optimised for Series S|X. Follow an original story that sees superheroes outlawed across the globe after a devastating accident, and a mysterious group that rises to take advantage of the chaos. Choose your character from an iconic roster, each with their own unique powers and abilities to master. Plus, unlock costumes and other goodies from across Marvel’s extensive 80-year history, letting you battle evil in style. The world is a dangerous place fraught with peril, so it’s best to hop online and save the day with up to 4 friends in a range of exciting co-op missions.