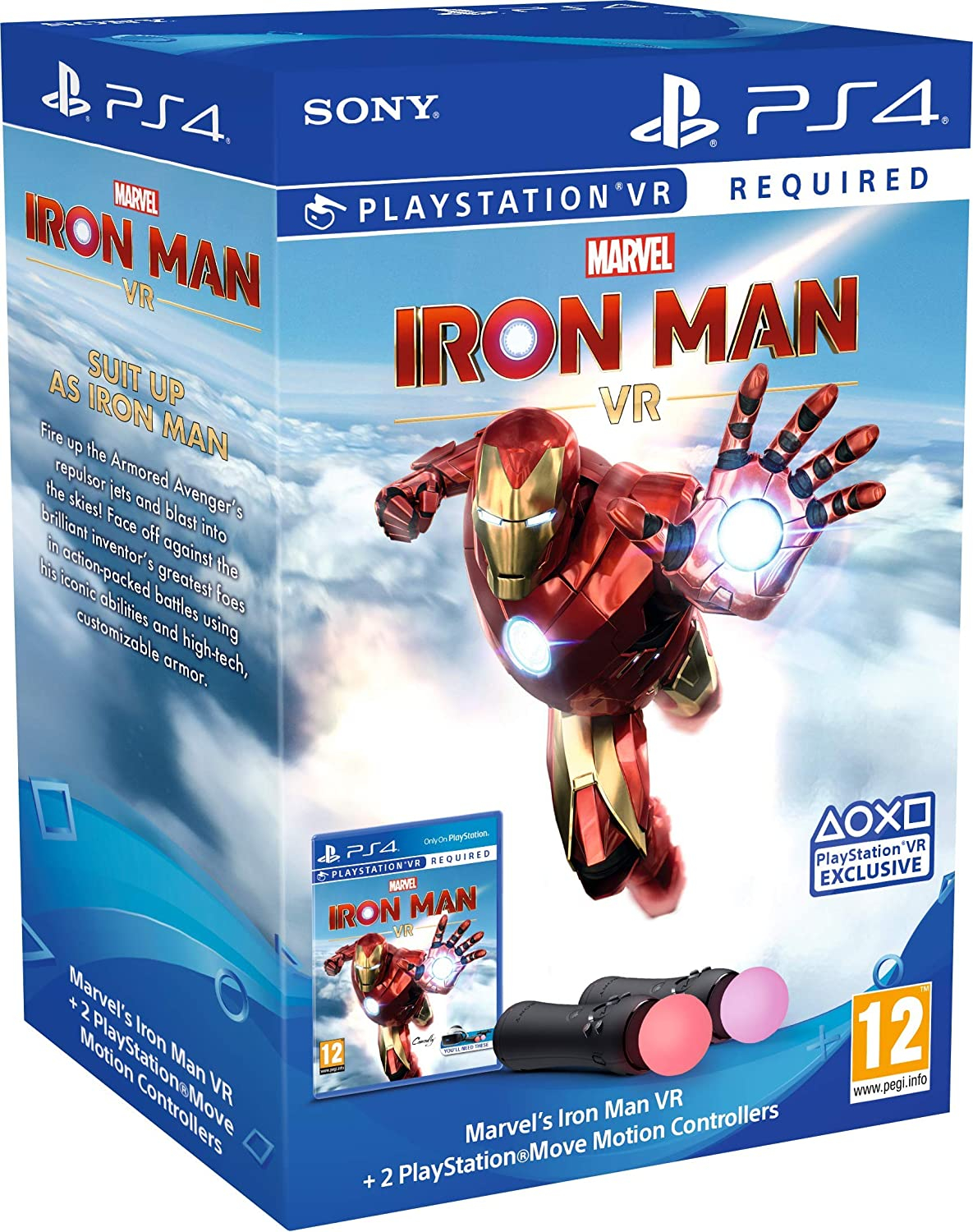 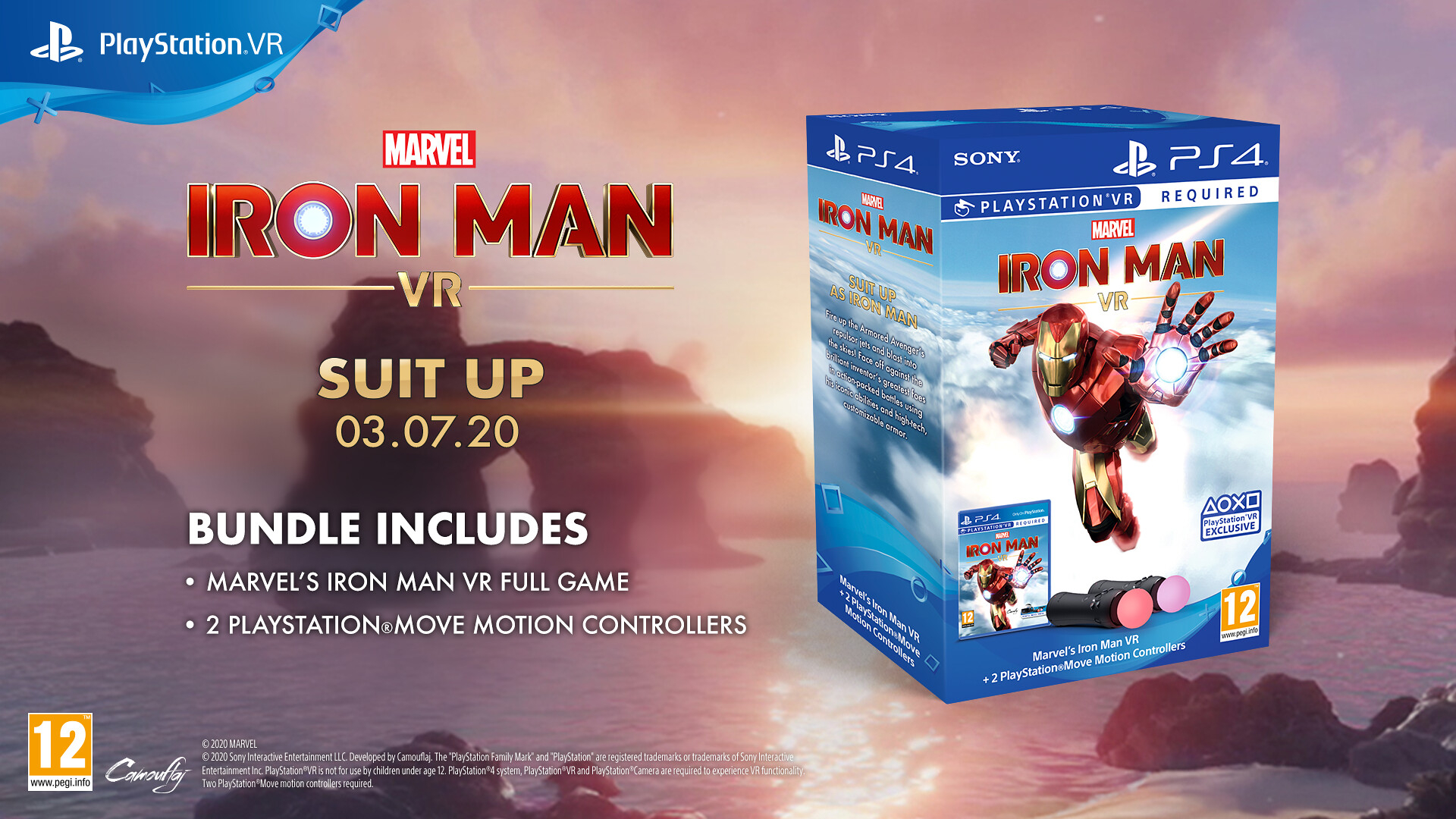 Tony Stark has retired from making weapons and instead creates technology used to battle evil as Iron Man. After several years as a world famous Super Hero , Tony is attacked by the mysterious Ghost, a hacker and anti corporate activist who repurposes old Stark Industries weapons. In her ef forts to topple his empire, Ghost attacks Stark’s corporate locations around the world, leading to ever escalating stakes and a final showdown.

Great price. Was wondering who was going to stock these

Shopto is the first I think but won't be the last. Amazon has the listing ready but not live yet.

Anyone know when they take the money?

On checkout tick pay later to pay on dispatch. Bear in mind if you pay with PayPal then Paypal May automatically charge your account. You’d need a credit or debit card to do this.
21st May
Good price considering rrp of both
21st May
Great price for the bundle - heat!
21st May
Good vr bundles? Not sure where to start!
21st May

Good vr bundles? Not sure where to start!

There will be plenty next week.
21st May
Considering the scalpers are selling move controllers at double this price for a pair this is a good deal
21st May
Probably the only way to get a pair of move controllers as they gonna be like rocking horse when this game releases. Heat Op.
21st May

There will be plenty next week.

What’s special about next week?
21st May

What’s special about next week?

Days of play.
21st May
Great price considering the missus paid £70 for my set a few months ago... Found brand new at a market stall. Couldn't find them anywhere without having my pants pulled down and even then £70 was paid through gritted teeth.

Going off that price Iron Man VR at £15 is a steal considering it isn't even out yet and retailing at roughly double that!
21st May
You anyone else having issues ordering?
22nd May
Anyone else know why the Shopto website shows prices in dollars? I realise when I log in it changes it to pounds, but was just curious.
22nd May
hotukdeals.com/dea…177
22nd May
Great offer anyone know if you can use the normal controller? I can t get the grip on on the move controller
22nd May
Almost wish I didn't already have moves. Is there any difference between ps3 and PS4 moves? Apart from the charging port
22nd May

I do own a pair from PS3 era and bought a pair when PSVR was released. The only noticeable thing is as if you try to use a single PS3 move and single PS4 move together as a pair. In that case the PS3 one sometimes does not signs in. You'd need to turn the PS3 one on first and sign in and then turn the PS4 one otherwise they are not properly compatible. But if you have a pair of PS3 one or a pair PS4 one, then you'd not notice a difference between either in terms of functionality and appearance.
22nd May 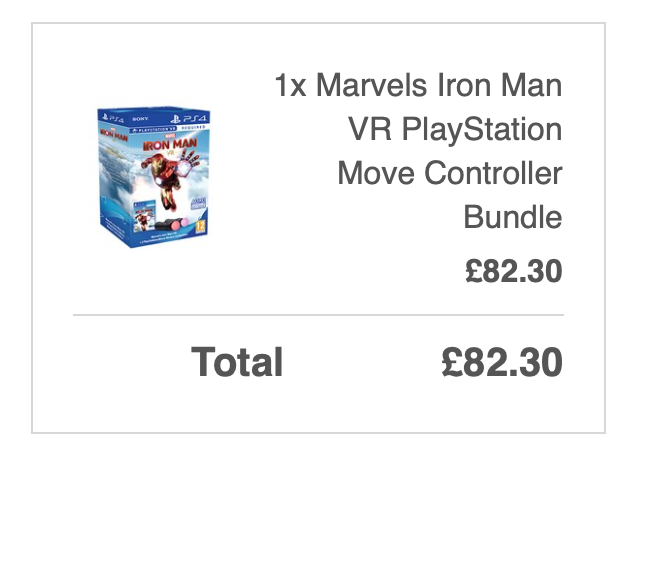 Came up as £82.30 with free delivery for me.... ‌
22nd May
Anyone know the going price for a headset?
22nd May
What will this game retail at?
22nd May
I got the v2 VR headset quite a while ago, back in 2018 on offer for £199 with 3 games. I went all in over a month or so picking up the official case, the aim controller as it was released etc.

i also picked up move controllers from CeX for £10 each with the charger for £2! Crazy how the prices have changed on those now.

I haven’t used it since December 2018 and now feel out of the loop with all these new games coming out and the surge in popularity!

Good deal for those that are looking to get the accessories from scratch
22nd May
They should do a Beat Saber box like this
22nd May
Sorry, I just can't get on board with paying that much for 2 controllers on top of the price for the headset and the overpriced games as well. Clearly I'm in the minority because psvr has been a wildly successful side project for Sony.
22nd May
Just downloaded and played the Iron Man demo. Definitely promises to be one of the best games on PSVR. Great fun and I didn't feel nauseous at any point.
22nd May

Is it 2 move controllers

I know, I remember seeing them in the local cashconverter or similar shop for £8 each. Crazy.
24th May
A little off topic (sort of), the Demo is just brilliant.
The developers have absolutely nailed 'being' Iron Man - looking forward to getting the full game.
24th May

It baffles me how Sony never managed to catch up with demand for these, PSVR’s been out for a good few years now but availability of Moves has been sporadic to say the least.
24th May
Cheers Op. bought 🏻
30th May
Bought also, been after the move controllers for a very long time. The game is a huge bonus.