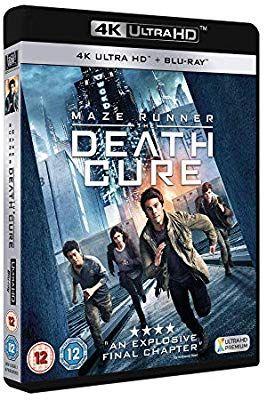 Sci-fi action thriller sequel directed by Wes Ball and starring Dylan O'Brien, Kaya Scodelario and Thomas Brodie-Sangster. Thomas (O'Brien) and the Gladers return for the most dangerous mission of their lives as they attempt to break in to the infamous Last City where they discover WCKD have been experimenting on a group of children they refer to as Immunes. As they learn that the organisation is using the Immunes to extract a cure to a deadly virus called Flare that is killing the human race, Thomas and the Gladers must decide what's more important to save: their friends or all humanity.

In the epic conclusion to the Maze Runner saga, Thomas leads his group of escaped Gladers on their final mission. To save their friends, they must break into the legendary Last City, a WCKD-controlled labyrinth that may turn out to be the deadliest maze of all! Anyone who makes it out alive will get answers to the questions the Gladers have been asking since they first arrived in the maze.