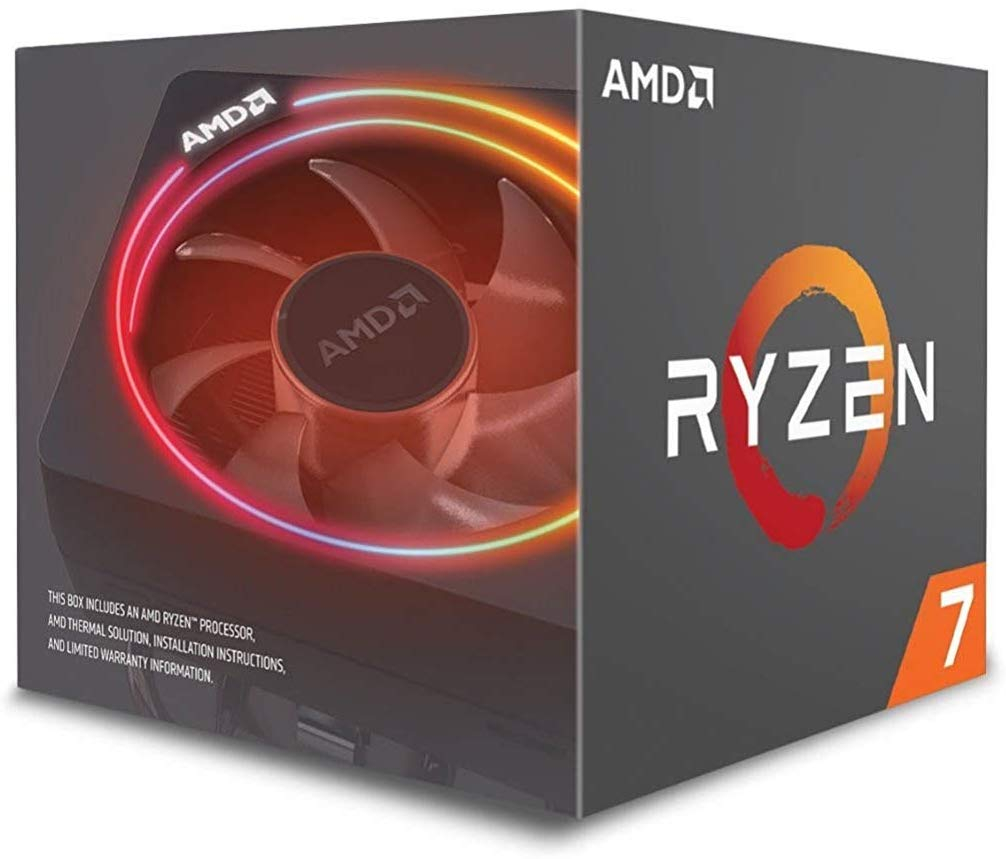 Ryzen 7 Eight Core 2700X 4.35GHz (Socket AM4) Processor - Retail The AMD Ryzen 7 2700X 8-core processor belongs to AMD's second generation of processors based on the "Zen" architecture. The Ryzen 2000 series "Zen+" processors build on the successful foundations laid by the first generation of "Zen" microarchitecture. Going by the codename of Pinnacle Ridge, the Texas-based chip manufacturer is ready to impress businesses and consumers with a second wave of newly optimised high-end processors. Although still utilising the AM4 platform, the new processors stand ready to bring some serious competition into the field of play by means of higher clock frequencies, an improved boost function, as well as advanced overclocking technology in the form of XFR2. 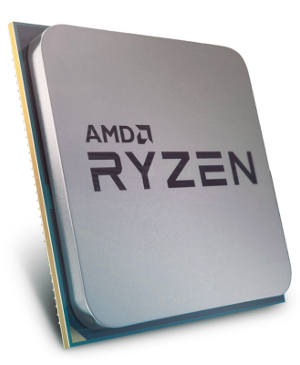 The AMD Ryzen 7 2700X Octa-Core CPU with 4.3 GHz Precision Boost The AMD Ryzen 7 2700X is a "Pinnacle Ridge"-gen processor offering eight physical CPU cores which, thanks to Simultaneous Multithreading (SMT), are capable of processing two threads simultaneously. This results in a doubling of the virtual core count with eight additional threads to make sixteen in total. The top of the range octa-core model operates at a high clock frequency of 3.7 GHz per core while, thanks to Precision Boost 2, tuning itself in real-time to meet the exact requirements of the application - regardless of whether this is in the context of a game or image editing applications. These adjustments are made in precise on-the-fly increments while remaining within the TDP up to a Turbo frequency of 4.3 GHz Turbo.

The TDP sits at just 105 Watts which, in comparison to other 8-core processors from AMD, is extremely conservative – especially when taking into account the increased clock frequencies of the AMD Ryzen 7 2700X. Manufactured using the new, advanced 12 nm FLP manufacturing process the processor comes with a total of 4 MB Level 2 Cache and 16 MB Level 3 Cache which are then combined together to form a "Smart Prefetch Cache".

The CPU offers 24 PCIe 3.0 lanes, four of which are reserved for the connection to the motherboard chipset and for operating NVMe SSDs. As a result 16 lanes remain for communicating with graphics cards which, in either x16 or x8+x8 modes, support NVIDIA's SLI technology for multiple graphics cards. In terms of memory, DDR4-RAM modules rated for operation at 2933 MHz are supported, meaning that even higher clock frequencies can be achieved via overclocking.

The days of fretting over manual overclocks are at an end now that the CPU itself is capable of regulating it independently: The AMD Ryzen 7 2700X is equipped with the second generation auto-OC feature known as Extended Frequency Range (XFR2). This allows the processor's frequency to be boosted far beyond the maximum boost clock defined by factory settings, provided that the installed cooling solution holds sufficient reserve capacity. As soon as the CPU's integrated sensors register the extra cooling capacity, the Ryzen CPU automatically sets about making clock frequency adjustments to match the respective cooling.

Outside interference from the user is therefore unnecessary - overclocking has never been so easy! Depending on whether the processor is air-cooled with a relatively small boxed cooler, a larger (dual-) tower cooler, AiO- or custom water cooling, or even via extreme LN2 cooling, the processor will actively seek to maximise its operating frequencies in accordance with the cooling provided.


Unlocked CPU: Easy Overclocking Thanks to the Unlocked Multiplier

Automatic overclocking aside, all AMD Ryzen CPUs come "unlocked" and offer - as was the case with the "Black Editions" and "K" of earlier series - an unlocked multiplier, meaning that overclockers are free to manually unlock even higher clock frequencies using the UEFI or other software tools, provided an OC-compatible motherboard and chipset is present e.g. the AMD X470 alongside adequate cooling.
Note: This relates to a boxed version that includes the AMD Wraith Prism CPU cooler with RGB-LED ring. The use of an AMD Ryzen CPU requires an AM4 motherboard.

Technical Details:
PostTweetShare Share with WhatsApp Share with Messenger
Community Updates
Amazon DealsAmazon discount code
New Comment Subscribe Save for later
8 Comments
21st Jan
Make sure you check these. Ordered mine direct from Amazon and the CPU cooler looked like it had been used and paste reapplied. 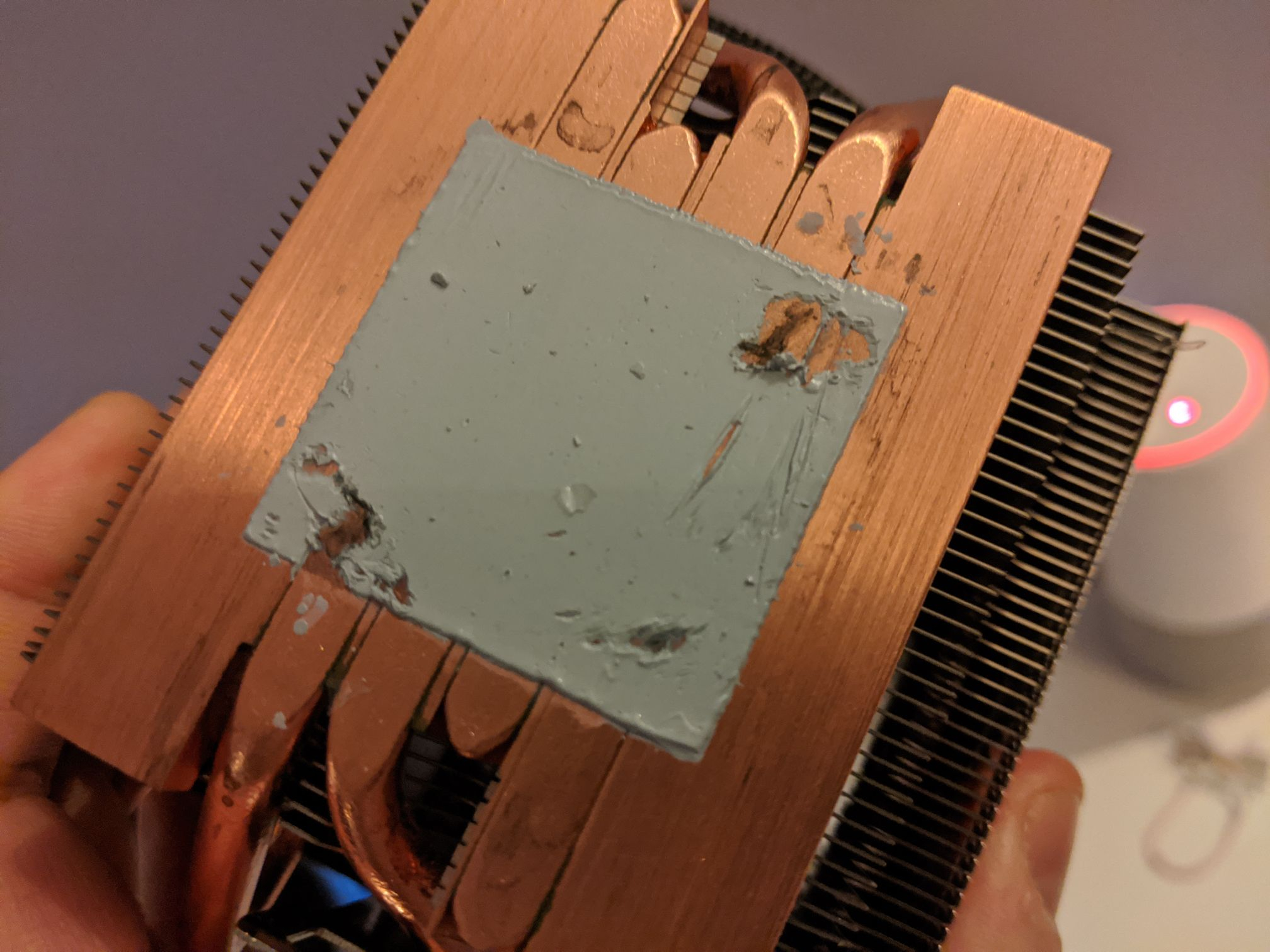 Rub it off with 99% isopropyl alcohol
21st Jan

Rub it off with 99% isopropyl alcohol

I have as I always apply Kryonaught, just giving a heads up though for those who want to use the cooler out of the box that some of these may either be put in the box with little care or be repackaged items.
21st Jan

No it was allegedly brand new. The box was sealed when I got it but the cooler looked like a refurb.
21st Jan

That is mental. What a bunch of clowns. Well the only reason I use Amazon is for Sunday delivery and they couldn't deliver the Ryzen I wanted last Sunday anyway, so yeah I won't be using Amazon for PC parts anymore not if they let sellers pull these kind of stunts.
22nd Jan
Be aware that this has no gfx, you will need a separate GPU, it also runs a little hot and the Ryzen Master software etc reports it idling at over 35-40 degrees, dont worry though cos these report 10 degrees higher by default. Grab an cheap AIO or a 50 quid aftermarket air cooler and these idle at 25 degrees. Cracking CPU, performance that trounces my old 8700K....this price is a bargain, grabbit!