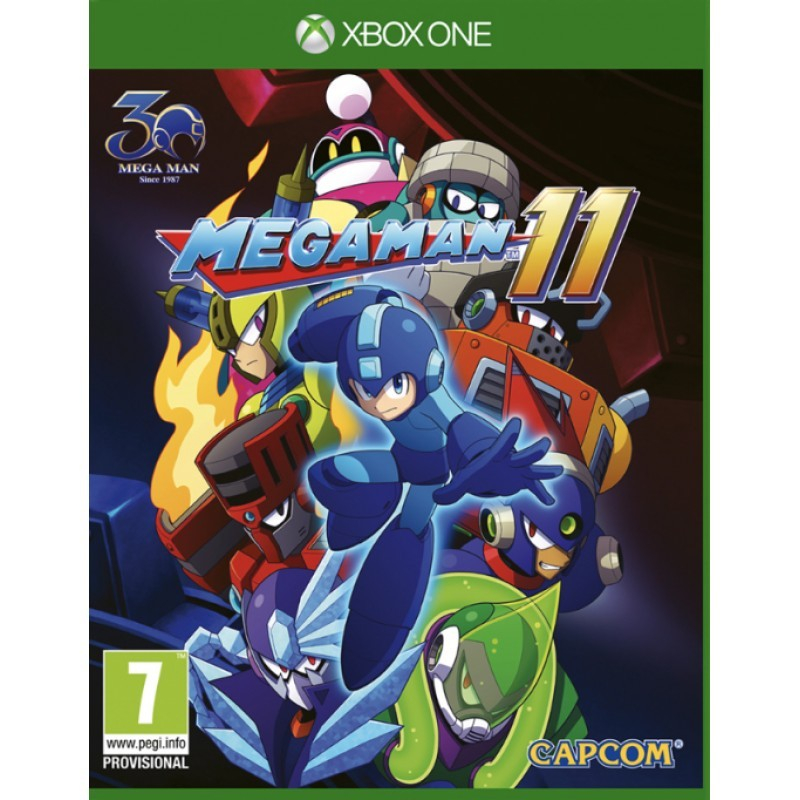 Video game icon Mega Man returns in celebration of his 30th anniversary in Mega Man 11. The new game features tight side-scrolling action gameplay the series is known for while completely revolutionizing the experience for modern consoles. Jump, slide, shoot, and more, through challenging stages and Robot Master bosses. Defeating them and absorbing their powers is the heart of the game, and swapping between all the new powers is now easier and faster than ever through a useful weapon wheel.

The new Double Gear system in Mega Man 11 adds a unique twist on the satisfying platforming action, offering options to enhance Mega Man’s speed and power on the fly.
PostTweetShare Share with WhatsApp Share with Messenger
Community Updates
The Game Collection DealsThe Game Collection promo code
If you click through or buy, retailers may pay hotukdeals some money, but this never affects which deals get posted. Find more info in our FAQs and About Us page.
New Comment Subscribe Save for later
5 Comments
3rd Dec 2019
Great price but also not available for Ps4 if anyone is wondering
4th Dec 2019
Fantastic game, had it on steam and was surprised, if you play it on normal it's not as hard as some old hardcore Mega Man games which was a nice surprise, managed to complete it in 20 hours and that was me rushing through and not buying upgrades, there is a LOT of replayability to this game, time attack mode, challenges etc for this price you can't go wrong. Hot hot hot!
4th Dec 2019
Out of stock
5th Dec 2019
This is now back in stock! So thanks, I picked a copy up
12th Dec 2019
Slow delivery - mine dispatched Monday but not here yet.