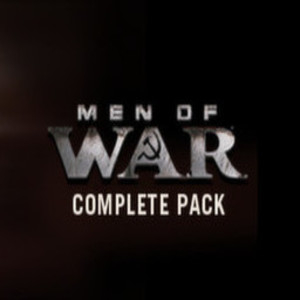 I bought this a while ago so it is pretty oldish. One of my favourites.
Deserves a mention especially at 80% off for the 2012 collection.

Men of War: Assault Squad features a completely new cooperative skirmish game mode with access to five different nations (Russia, Germany, USA, Commonwealth and, for the first time ever in the Men of War series, Japan) as well as increased realism and accessibility.

Players can get behind the controls of a tank to smash through obstacles, crush soldiers under their tracks and fire high-explosive shells at enemy emplacements, they can even take control of individual soldiers as they fight. As in previous games in the series, Men of War:Assault Squad includes the unique "direct control" feature which enables players to be in command of any unit using the WASD controls, rather than pointing and clicking.

Men of War: Assault Squad 2 with 80% off
store.steampowered.com/app…mDB

Vietnam, red tide and condemned hero's is where it's at. Some of the best missions I've ever played in a game. Hard as hell, but then highly rewarding.

I.e a mission on one of them involves controling 4 or 5 guys into a packed enemy base and the mission is to sabotage howitzer's and radio Comms (so they can't call for reinforcements) before the main assault with 100's of troops and many tanks starts. Sure you can call the advance right away but with sabotaging stuff you see how your tactics have turned the tide of battle.