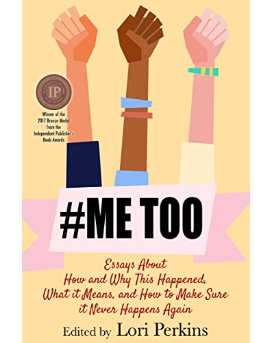 #MeToo: Essays About How & Why This Happened, What It Means & How to Make Sure It Never Happens Again - Kindle @ Amazon

FREE£0.01Amazon Deals
20
Get deal*Get deal*
20Get deal*Get deal*
Posted 1st Apr
More than 16 million people had posted their #MeToo story and support against sexual harassment by mid-October as a reaction to Rose McGowan’s brave admission that she had allegedly been raped by Hollywood mogul Harvey Weinstein. A groundswell of reaction to and exposure of this sexual predation was unleashed that has spread throughout Europe and beyond. New revelations of unacceptable behaviour in every industry break every day as people come forward in response to the viral #MeToo posts. Protests are scheduled such as the “Take back the Workplace” Hollywood march in November of 2017, and legislation is being drafted in New York and California to finally change the way things have been for far too long.

This is the turning point. Things are going to change.

This is a historic moment and it needs to be memorialised, passed around and passed on. Although social media is a fantastic means of igniting a fire, it needs to keep burning, like a torch.

So Riverdale Avenue Books, a woman-owned leading hybrid publisher, is putting its money, words and power, behind this and publishing this collection of 26 essays from people who understand want to make this change, and we, as a society, have got to figure out a way to drive that change forward.

So pass this book around. Share it with your sons, brothers, fathers, your daughters, sisters and mothers, your co-workers and friends. Read passages to them, if they won’t read it for themselves. Leave it on the desk of someone who should know better.

Help us make this movement more than a hashtag 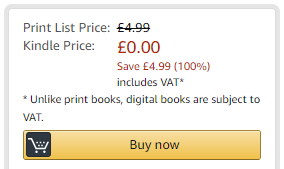 It says to leave a copy on desks of people who should know better - it's an eBook, am I supposed to give away my tablet to achieve this!?
1st Apr

It was £0.01p and now free. It's hardly a huge saving
20 Comments
1st Apr
Cold? Me too
1st Apr
Now if they were giving away the paperback version I might have a use for it...
1st Apr
My wife's boyfriend said I should read this book
1st Apr
Andddd people down vote this for...reasons. Stay classy folks 😬
1st Apr

Possibly because everyone's heard enough of it over the last few years?! And there are many men about this evening
1st Apr

It says to leave a copy on desks of people who should know better - it's an eBook, am I supposed to give away my tablet to achieve this!?
1st Apr
I'm loving this thread. Reindeers keep popping up fancily dressed and I'm grabbing em! Its bad?
1st Apr
They could offer to pay me and I still wouldn't read it. FREEZING
1st Apr

It's free reading, people post kindle deals like what you've said on here all the time. Do hope you're taking on the fine task of pointing it out on every other post, wouldn't want people to have a chance at reading something new
1st Apr

Where did you get 1p from?
1st Apr

And pretty much every free or dirt cheap ebook goes hot on here regardless of quality... except this one. Hmm.
2nd Apr

I'm sure the victims are sorry their pain is boring to you.
2nd Apr

I'm sure the victims are sorry their pain is boring to you.

#whyalwaysme?
2nd Apr
All you voting cold, read THIS. Every number is real and every number is a PERSON. A person whose life was DESTROYED. How would you feel if it was your wife, mother, sister, daughter?

They could offer to pay me and I still wouldn't read it. FREEZING

May I ask, is it this (book) or the topic that puts you off? Genuinely curious. Would you listen to a friend or family member if they wanted to talk? Again I am honestly curious, am not judging.
2nd Apr

That's still not a reason though