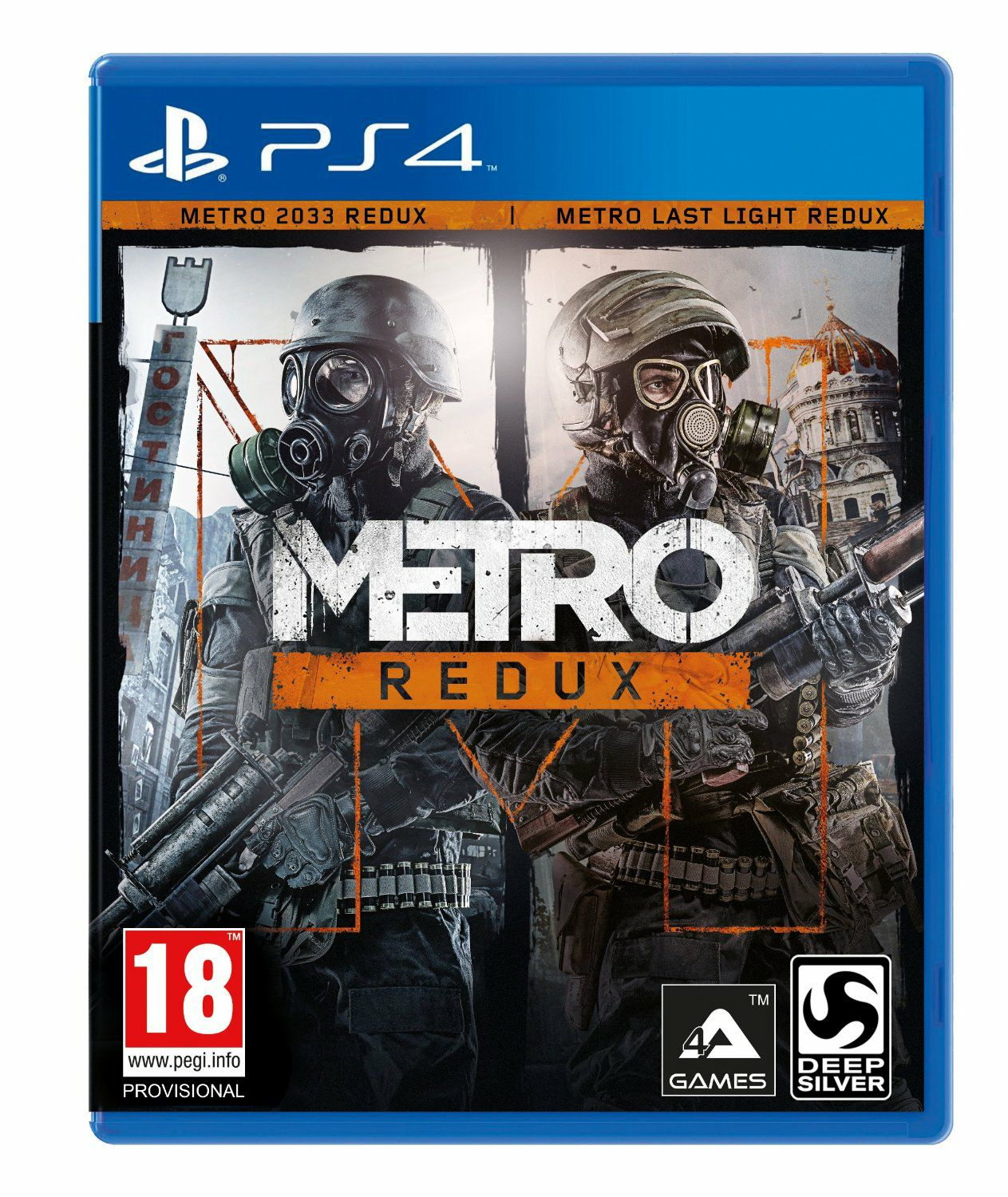 I'm playing this again and it's going cheap. Well worth it for the two games and all the DLC.

Metro Redux is the ultimate double game collection, including the definitive versions of both Metro 2033 and Metro: Last Light, each rebuilt in the latest and greatest iteration of the 4A Engine for next-gen consoles and PC.

For the first time, console owners can expect smooth 60FPS gameplay and state of the art visuals that were once only available on high-end PC hardware. Newcomers to the series will get the chance to experience two of the finest story-driven shooters of all time in one vast package; an epic adventure combining gripping survival horror, exploration and tactical combat and stealth. Fans of the original games will find the unique world of Metro transformed with incredible new lighting, physics and dynamic weather effects, as well as a host of gameplay improvements and new features.

All the enhancements from the acclaimed sequel 'Metro: Last Light' have been transferred to Metro 2033 Redux - superior AI, controls, animation, weapon handling and many more. And both campaigns benefit from all-new melee animations, the ability to check your watch and ammo supplies on the fly, and new full-body player animations. Those who favoured the more survival-horror oriented gameplay of 'Metro 2033' can play both campaigns in the 'Survival' Play-Style, a fraught, slow burn fight for survival.

Those who enjoyed the more action-oriented gameplay of 'Metro: Last Light' can try the 'Spartan' Play-Style, providing Artyom with a powerful set of combat skills. With the legendary Ranger Mode included to offer an extra layer of challenge and immersion, and all previous released DLC, Metro Redux offers 50+ hours of AAA FPS gameplay for an incredible price.

Immerse yourself in the Moscow Metro - witness one of the most atmospheric worlds in gaming brought to life with stunning next-gen visuals at 60FPS
• Rebuilt and Remastered for next gen - with all previous DLC content included, new modes and features, and many gameplay improvements
• Two campaigns, and all DLC included - Metro Redux includes two complete campaigns that combine to create one epic solo adventure, plus a further 10 hours of bonus content
• Two unique Play Styles : 'Spartan' and 'Survival'
• The legendary Ranger Mode returns - dare you play the fearsome Ranger Mode?
PostTweetShare Share with WhatsApp Share with Messenger
Community Updates
Coolshop Deals
New Comment Subscribe Save for later
2 Comments
29th Feb
Sorry mate. These are regularly discounted and much cheaper on PSN sales.
29th Feb
Overpriced