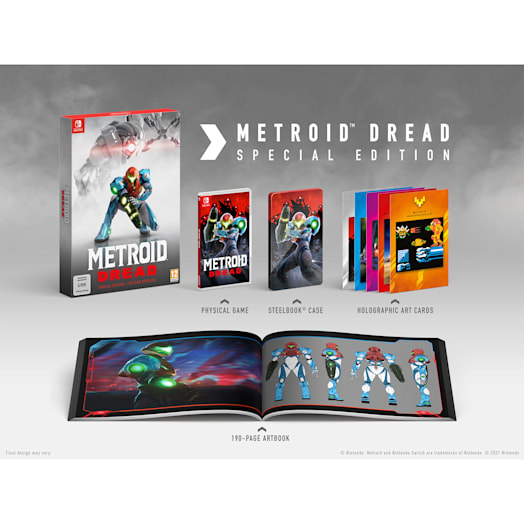 Nintendo has sold out on their site so I don't expect this one to be around for long too.

Join bounty hunter Samus Aran as she escapes a deadly alien world plagued by a mechanical menace in Metroid Dread for Nintendo Switch.

Samus’ story continues after the events of Metroid Fusion when she descends upon planet ZDR to investigate a mysterious transmission sent to the Galactic Federation. The remote planet has become overrun by vicious alien lifeforms and chilling mechanical menaces. Samus is more agile and capable than ever, but can she overcome the inhuman threat stalking the depths of ZDR?

The Metroid Dread Special Edition includes the game, a SteelBook case, a 190-page 2D Metroid franchise artbook and five cards that feature box art from all the games in the five-part saga. 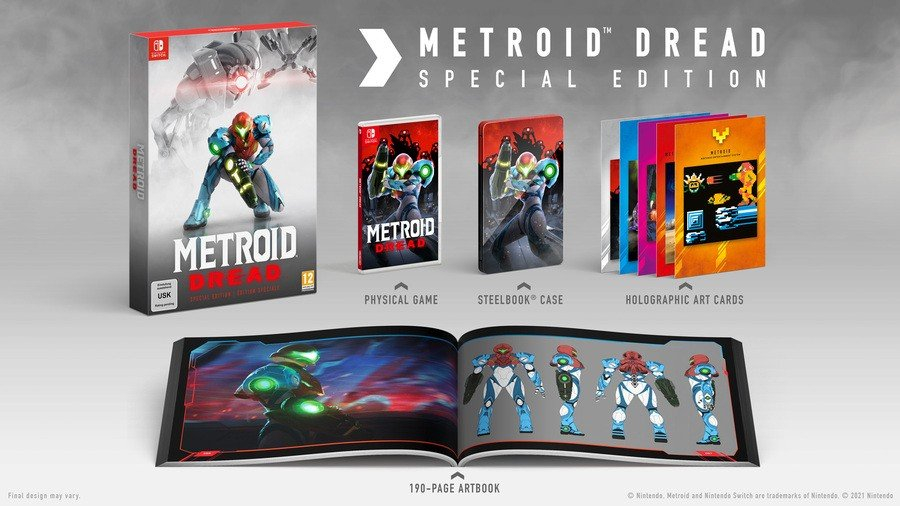 PostTweetShare Share with WhatsApp Share with Messenger
Community Updates
Sigma
18th Jun
Returns policy
If for any reason you wish to return something though, we are happy to help.
To make sure your return can be processed efficiently we will require our returns form to be included with all returned items. Please click here to print our returns form. (If you don’t have access to a printer this can be handwritten)
Top comments
72 Comments
Post a comment