I reckon this will be under £20 by launch but if not here is the cheapest price.

They’re Micro. They’re Machines. And they’re BACK! We’re delighted to announce that legendary gaming franchise Micro Machines will be racing onto PCs and consoles this coming April! The new title, Micro Machines World Series, will be racing into stores this Spring – bringing massive amounts of miniature multiplayer mayhem to PlayStation® 4, Xbox One and Windows.

Micro Machines World Series will retain the manic social game play of the classic series, but will bring a new dimension to the experience with stunning HD visuals – taking you to the much-loved household environments as they’ve never been seen before.

As well as bringing to you the classic game modes like Race and Elimination, Micro Machines World Series will introduce a new style of game play to the series: Battle Mode. The all-new Battle Arenas will allow you to wreak mass destruction on a miniature scale against your friends or the AI. Meanwhile, Team Play lets you work together using your vehicles’ unique skills with modes such as ‘King of the Hill’ or ‘Capture the Flag’!

The game’s been designed around fun and frantic play at every turn, meaning there will never be a dull moment on the racetrack or in the arena. Micro Machines World Series is the ultimate pick-up-and-play experience for players of all ages and abilities, offering intuitive, easy-to-learn controls that make the controller impossible to put down.

Codemasters’ VP Publishing, Jonathan Bunney commented: “The original Micro Machines was a breakthrough multiplayer racing game and remains much loved in the gaming community. We saw great success last year with our free-to-play mobile game, but this brand new console title takes the franchise to its greatest levels of multiplayer mayhem and enables you to play with your friends on the same sofa or across the world.” 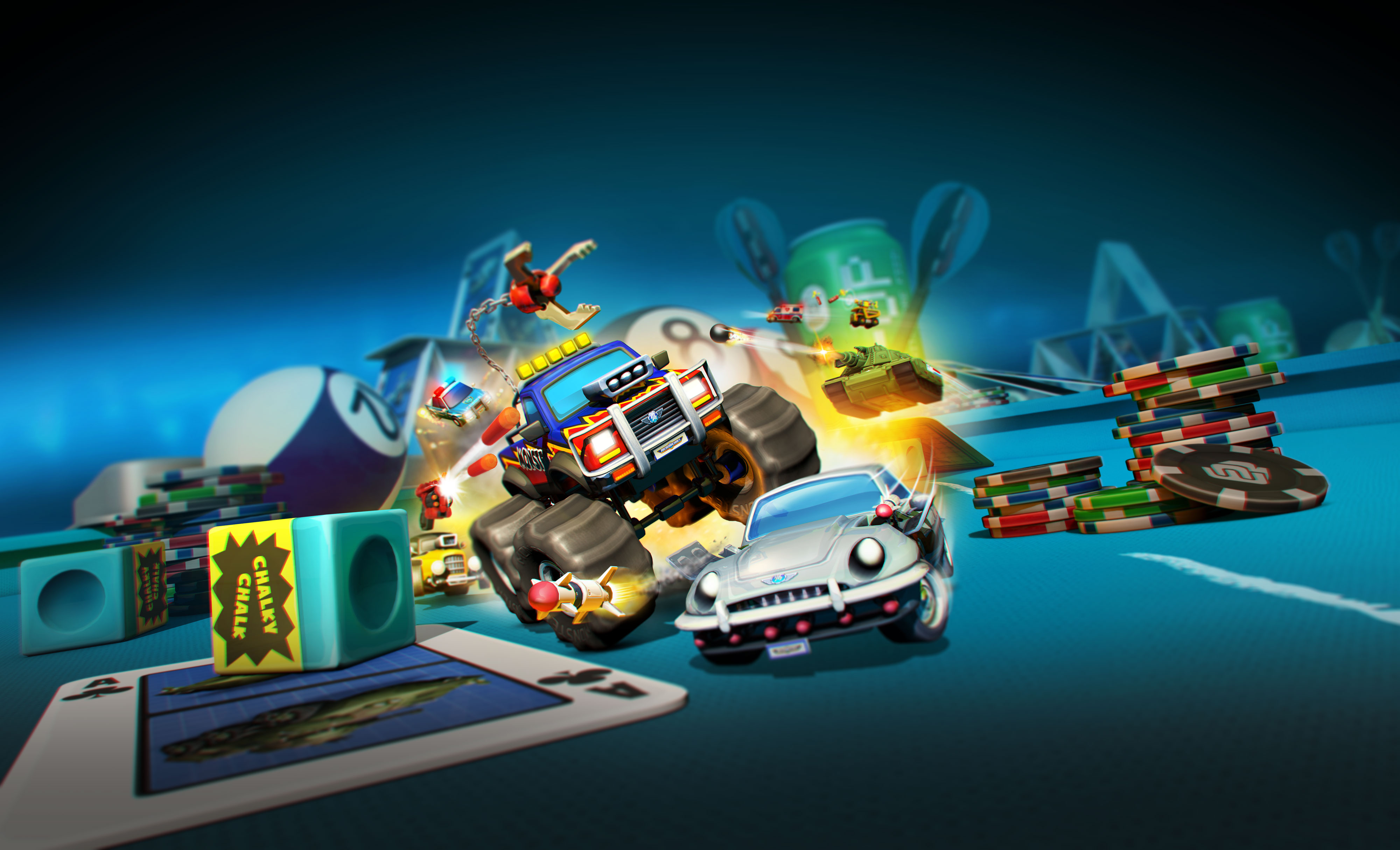 Bunney continued: “With the support of Hasbro and being able to feature some of their biggest brands, such as HUNGRY HUNGRY HIPPOS, G.I. JOE, OUIJA and NERF, this represents the very best of social gaming.” He also added that the game brings an “incredibly fun experience” to PCs and consoles, offering a breath of fresh air from the more serious multiplayer alternatives.

Releasing in April 2017, Micro Machines World Series will support up to 12 players online and four players on the same screen, across a variety of racing and battling environments. Each of the 12 vehicles has its own unique load-out of weapons and abilities and the game will launch with a massive range of customisation options.
PostTweetShare Share with WhatsApp Share with Messenger
Community Updates
Simply Games DealsSimply Games voucher
New Comment SubscribeSave for later
36 Comments
22nd Jan 2017
hey you just stole Buzz's dibs on this deal nooooooo! hukd war III!

Road Rash remake? Where's this? I need it. Was only on about Road Rash with my sister last month. 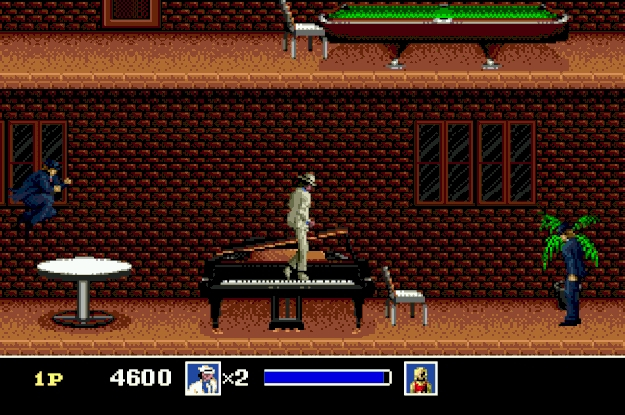 22nd Jan 2017
played for hours, built own tracks, had fun with mates. black and white telly, road rash was just so addictive something about knocking others off with chains, punches
22nd Jan 2017

​one of my fave games to, goes well with the movie to chill with!! man I want all them games on arcade PS4, Bubsy the bobcat and cool spot to

There is sadly no official one, EA abandoned the series many years ago sadly (the last game was for ps1). But there is road redemption on steam, which is about as close as you could hope and for an indie early access title is very good indeed. Supposed to be leaving early access by feb i believe too Just wish it had real cops that pull you over like road rash, they just fight you in road redemption....

Yeah, I've just seen Road Redemption. Looks quite good and like you said about the cops, could be really good if they did a bit more tweaking. There's also Road Rage coming out too which is supposed to be like Road Rash but it's a bit more GTA motorbike mission from what I saw on the trailer.

​Road Rage
im sure the last time I saw it it was called Road Rash oO i remember seeing it on Amazon. so confusing

Edited by: "stupot76" 22nd Jan 2017
23rd Jan 2017
Micro Machines turbo tournament 96. One of the final Mega Drive games I bought. It had two extra controller ports on the cart for 4 player. Spider was a total git.

23rd Jan 2017
Me and my mate spent ages on the megadrive completing micro machines. All you got was your character popping out the gold cup then the end credits.
One of my fave megadrive games was cyborg justice, ever remember that?
23rd Jan 2017

Yeah, but if you were plugged into the actual cartridge and pulled your pad too hard (which tended to happen in intense races) the game crashed!! oO

23rd Jan 2017
Does anyone remember the MegaDrive version where you could plug an extra two controllers in to the cartridge itself?
23rd Jan 2017

The chap who posted six hours ago does

I didn't had forgotten about that until you mentioned it. Now that was groundbreaking and different!

There was also a bit of initiative in trying to get around Split Screen ruining the game. I remember in multiplayer it was on one screen and you had to try and run your opponent out of the screen with speed. It did mean if you were at the top or edge of the screen you could not see what was coming so much. Not a perfect solution, but it tried new things and that was good.

This game should play better today with online multiplayer. Would also be great on 3DS local multiplayer play where everyone has their own screen, but unlikely to be released on that format sadly.
23rd Jan 2017
Ugh it's revamped mobile version of the game, skip.
23rd Jan 2017
In case you don't know, Codemasters made a very similar game called Toybox Turbos. I'd suspect this will be more of a re-brand with the Micro Machines branding so gameplay will probably be very similar, if not the same.

Yeah, very fond memories. Micromachines was massive in the early to mid nineties on the Megadrive. People tend to only remember one or maybe two micromachines games but the Megadrive got an Amazing four Micromachines games, one every year from the original in 93, turbo tournament in 94 the upgraded turbo tournament with track editor in 95 and military, more combat based in 96. The original didn't have the extra ports on the cart (called J-Cart back in the day) but from Micromachines 2 onwards they all had it. Brilliant feature, shows how innovative Codemasters could be back then...

You beat me to it. Been playing a lot of Toybox Turbos recently. All it is missing is the theme tune
23rd Jan 2017

​I'd buy a hd update/remake of that in a heart beat
23rd Jan 2017
The original PS1 game was the balls. Even the menu's were clever and everyone had their favourite character. Stoked for this new version, but it's gotta be good and a track builder essential
23rd Jan 2017
Also did anyone ever play 'Mashed' on the PS2? That was the best game like Micro Machines since the PS1 classic.
23rd Jan 2017 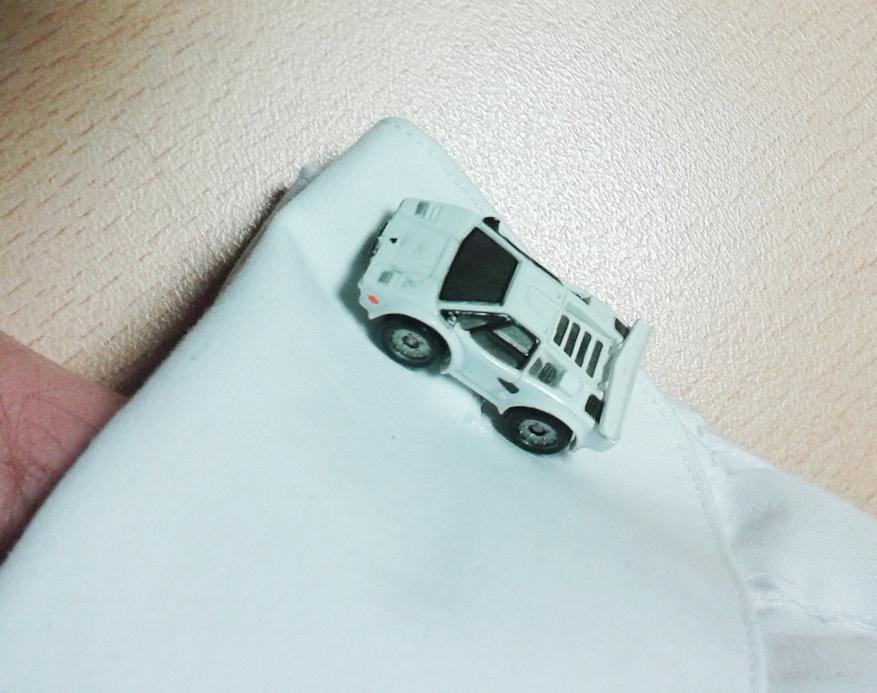 you need a pair of coolcarcuffs to enjoy this game
23rd Jan 2017
the advert for this looks great!
23rd Jan 2017
Spider was my favourite character. Wonder if it will be the same these days
23rd Jan 2017
This would be perfect for the switch. I would preorder it then
23rd Jan 2017

Rose tinted glasses, a poor mans sonic, I got it for the Retron 5 console and it is nowhere as good as sonic 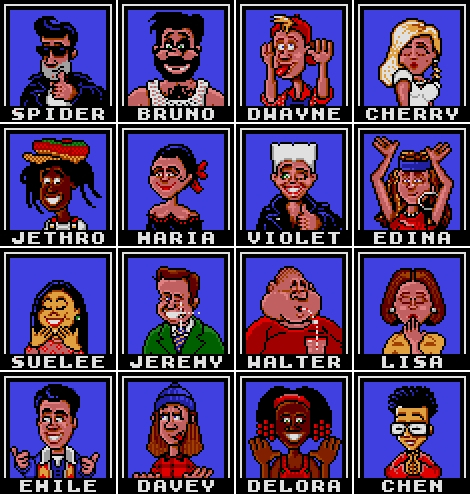 I think Violet was based on a video games journalist or something.

I think Violet was based on a video games journalist or something. 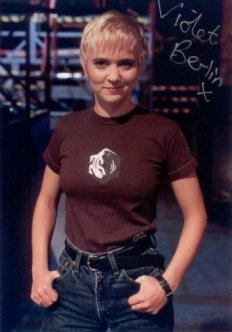