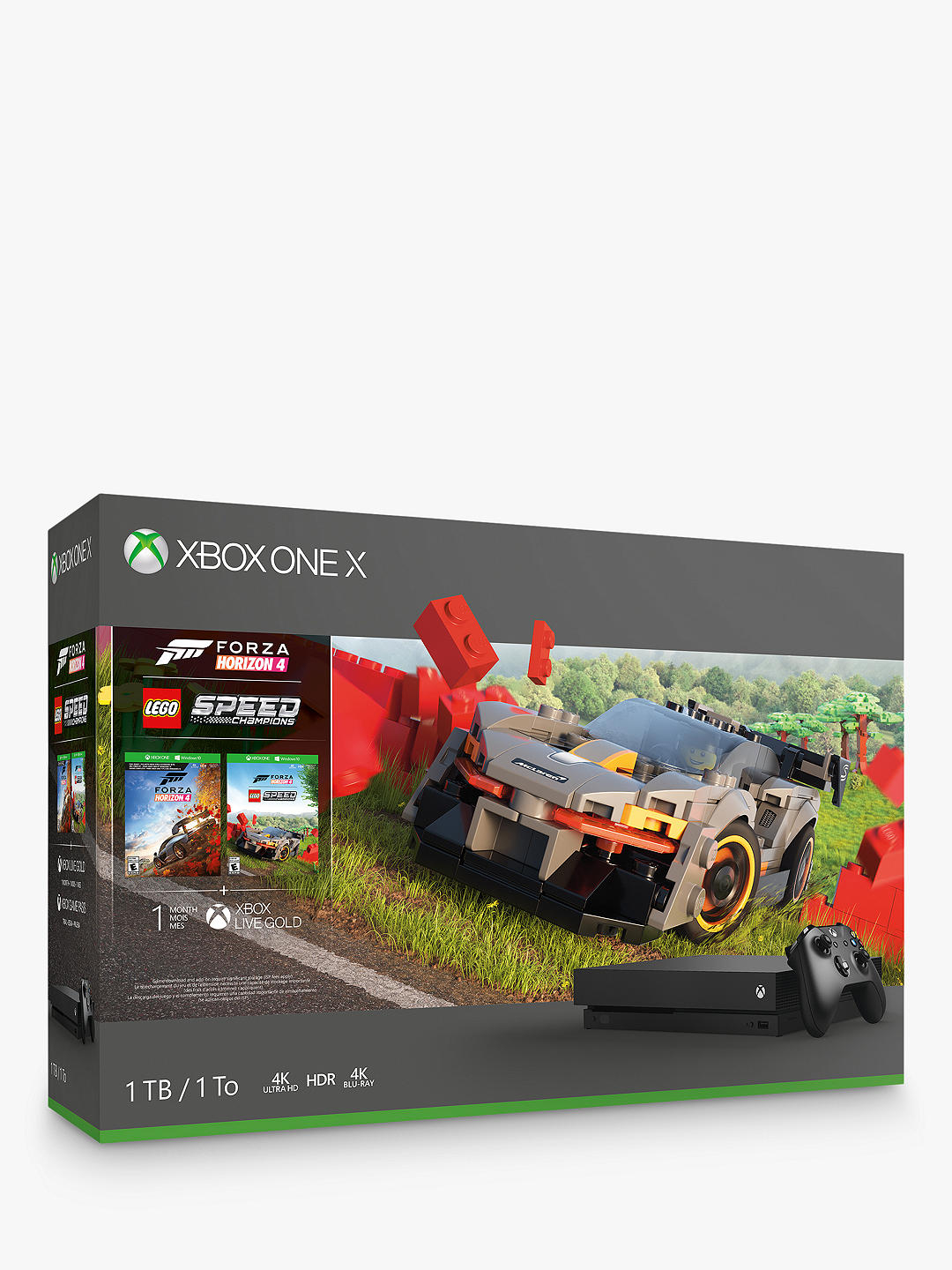 Good price now that the Black Friday deals have finished, especially if you have a fee free card You can use your UK Amazon account details to purchase.

Xbox One X
With 40% more power than the Xbox’s previous incarnation, Xbox One X is now the world’s most powerful console. Plug the Xbox One X into your 4K Ultra HD television and experience immersive true 4K gaming in its full glory, rather than settling for upscaled graphics. Blockbuster titles load quickly, run smoothly and look fantastic – even if you game via a 1080p screen.

Power within
Games play better on Xbox One X than they ever have before. Its 8-core custom AMD CPU clocked at 2.3GHz and 12GB GDDR5 of graphics memory add speed and power to deliver enhanced AI, real world detail and smoother interaction. Every frame will be quick and sharp, thanks to 326GB/sec memory bandwidth. Plus the 6 Teraflop GPU enables 4K environments and characters to become more lifelike and run smoother.

4K Blu-ray player and 4K video streaming
If you have a 4K television, why be satisfied with last-generation technology? Watch stunning Ultra HD Blu-ray movies and stream vibrant *4K video on Netflix, Amazon, Hulu and more. Whether you’re playing, viewing or streaming, Xbox One X delivers brilliant graphics with HDR technology. Additionally, if you‘re lucky enough to have 3D television, the Xbox One X can play your 3D Blu-ray disks, too.

Immersive sound
Dolby Atmos and DTS:X works to bring you a premiere sound experience that puts you in the centre of 3D spatial audio.

More ways to play
Xbox One X also works with all your Xbox One games and accessories as well as Xbox Live, the most advanced multiplayer network. With millions of players around the world, and more than a decade of multiplayer experience, Xbox Live is the proven place to play. And now, everyone is invited to experience smarter matchmaking, less waiting, and better performance with Xbox Live on Xbox One X. You can even record, share and broadcast your moments of glory.

*4K streaming with select apps, see Xbox.com. Some apps require app provider-specific subscriptions and/or other requirements.
PostTweetShare Share with WhatsApp Share with Messenger
Community Updates
Amazon France DealsAmazon France voucher codes
If you click through or buy, retailers may pay hotukdeals some money, but this never affects which deals get posted. Find more info in our FAQs and About Us page.
New Comment Subscribe Save for later
7 Comments
9th Dec 2019
Tres bién!
Edited by: "Mr.Nutts" 9th Dec 2019
9th Dec 2019
It also qualifies you for an Echo Dot at 22€/£18.50.
9th Dec 2019

I was thinking of signing up for the all access offer and was reading the T&Cs. It says with one x you can upgrade to Scarlett after 12 months but must enter into new agreement. There is no mention of what the pricing for the “new agreement would be”. Did you get any information on this when you signed up? Also I have nearly 3 years of ultimate game pass via the Brazil trick but in the small print it says Microsoft will refund the cost of live gold & game pass aspect of the deal if it takes you beyond the maximum 36 months. Has anyone done this and what did you get back per month for the unused passes. Thanks for any information
9th Dec 2019

My understanding is that the Xbox with this deal is a lease. You can’t sell for profit, you need to send it back so you can receive the scarlet.
9th Dec 2019

That's right - you have to return the One X that's part of All Access before you get the Scarlet. I was talking about selling the original Xbox One that we own now.
9th Dec 2019

Had to create another xbox account recently, just to get the 3 months ultimate for £1
I must have missed the brazil trick, could someone repost or dm me pls...