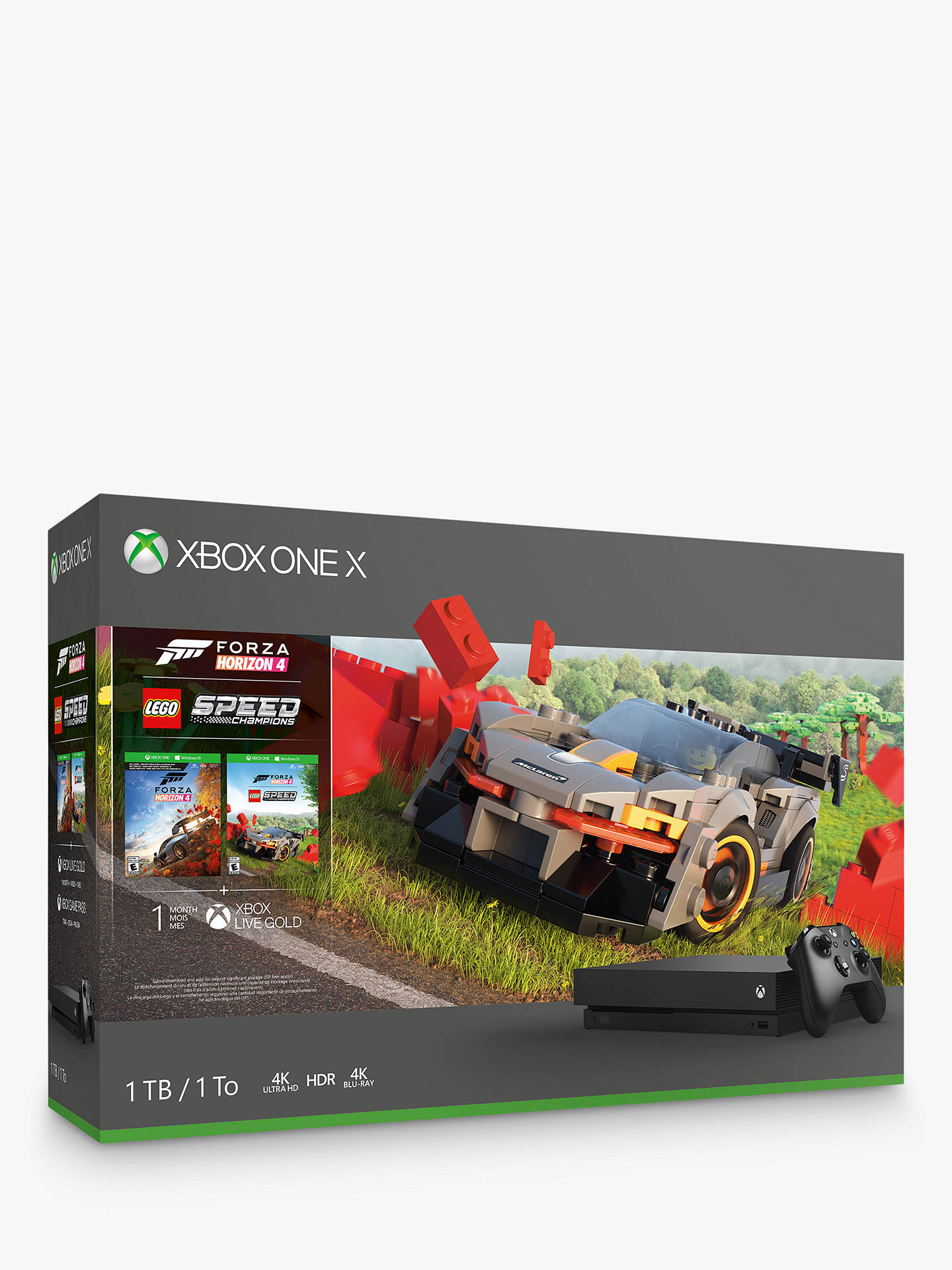 John Lewis deal on the XB1X but they are also very good at price matching so there may be some scope to match the one or two slightly cheaper deals available at the moment. I know some people just prefer JL regardless of the price too.

Edit: Also JL has the 2 year warranty that people have pointed out which I omitted from the initail post.

Xbox One X
With 40% more power than the Xbox’s previous incarnation, Xbox One X is
now the world’s most powerful console. Plug the Xbox One X into your 4K
Ultra HD television and experience immersive true 4K gaming in its full
glory, rather than settling for upscaled graphics. Blockbuster titles
load quickly, run smoothly and look fantastic – even if you game via a
1080p screen.

Power within
Games play better on Xbox One X than they ever have before. Its 8-core
custom AMD CPU clocked at 2.3GHz and 12GB GDDR5 of graphics memory add
speed and power to deliver enhanced AI, real world detail and smoother
interaction. Every frame will be quick and sharp, thanks to 326GB/sec
memory bandwidth. Plus the 6 Teraflop GPU enables 4K environments and
characters to become more lifelike and run smoother.

4K Blu-ray player and 4K video streaming
If you have a 4K television, why be satisfied with last-generation
technology? Watch stunning Ultra HD Blu-ray movies and stream vibrant
*4K video on Netflix, Amazon, Hulu and more. Whether you’re playing,
viewing or streaming, Xbox One X delivers brilliant graphics with HDR
technology. Additionally, if you‘re lucky enough to have 3D television,
the Xbox One X can play your 3D Blu-ray disks, too.

Immersive sound
Dolby Atmos and DTS:X works to bring you a premiere sound experience that puts you in the centre of 3D spatial audio.
PostTweetShare Share with WhatsApp Share with Messenger
Community Updates
John Lewis & Partners DealsJohn Lewis & Partners discount code
If you click through or buy, retailers may pay hotukdeals some money, but this never affects which deals get posted. Find more info in our FAQs and About Us page.
New Comment Subscribe Save for later
15 Comments
25th Nov 2019
299 at very
25th Nov 2019
£299 at Argos
£299 at Currys with Tekken 7 and Project Cars 2
25th Nov 2019
All new consoles come with a controller. Is this with an EXTRA controller? If so, that's a good deal, but I suspect it's just the included controller as standard.
25th Nov 2019
John Lewis also offer two year warranty as standard. However, I would probably go for the bundle with FH4 and FM7 instead and then add Lego Speed Champions DLC for £6.99 from CDkeys: johnlewis.com/mic…417
Edited by: "CapriciousZephyr" 25th Nov 2019
25th Nov 2019
2 years warranty rather than 1yr at other websites
25th Nov 2019

Thought it was an extra controller but checked and it’s not! Still holding out for something better on Friday!
25th Nov 2019

I hope there is but usually when Amazon and JL are in the same ball park it usually means the prices have flatlined
25th Nov 2019
I may be in A minority but the extra 10ish quid for this deal to me is much better than the others. My X last for 15 months and Microsoft wanted some 200 plus to repair/replace! The 12 months extra warranty for peace of mind is excellent imo.

I don't believe they match online deals, must be a shop with stock
25th Nov 2019

I had a similar experience with my old Xbox one elite, which failed after about 18 months. Microsoft quoted £120 to *exchange* it for a refurb xbox one S! Err... No thanks!
25th Nov 2019

I don't believe they match online deals, must be a shop with stock

I don't believe they match online deals, must be a shop with stock

Indeed, I think you’re right but I was thinking more about price matching the high street stores that are selling for £299 etc...yeah it’s only a ten spot saving, better than nothing.
25th Nov 2019