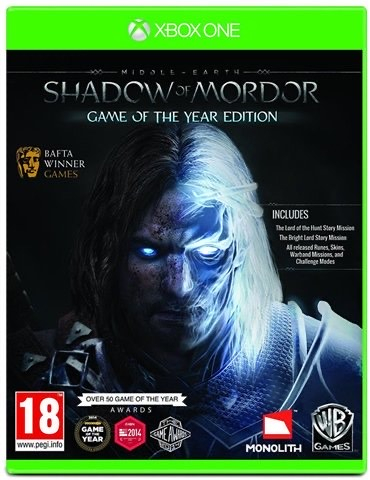 Numerous games have attempted to bring JRR Tolkein's Middle-earth to life, but it's a tall order and many have fallen short. Shadow of Mordor, however, strides beyond the usual film tie-ins and attempts to create a full-bodied, brand-new adventure in Tolkein's world. Middle-earth: Shadow of Mordor takes place somewhere that most games fear to linger. Yes, the clue's in the title. Players take on the role of Talion, a Ranger slaughtered alongside his family at the Black Gate. Resurrected, he is bound to wander Mordor. But you can't expect a resurrected warrior to take is death lying down. Sharing a body with the Elvish Wraith, Celebrimbor, he seeks vengeance... The game offers a mix of stealth and melee combat. Players will take on missions such as taking out uruk captains. They can move quietly and unseen, or tackle enemies head-on to enter Batman: Arkham style combat, rhythmically timing strikes and counter-moves to build up chains and initiate powerful executions. As you progress, you'll gain access to wraith-like powers and moves, such as teleportation. As someone who already died, Talion won't stay dead. Death comes with consequences, though. Time passes and foes grow stronger. This feeds into the nemesis system, which has enemies grow in power. If you failed to defeat them, they'll remember you. They might even bear scars from the wounds you inflicted on them. Each enemy has different strengths and weaknesses, and players can squeeze intel on these from snitches, meaning each confrontation is different. It's an interesting system, but it doesn't stop there. As the game progresses you'll be able to bend orcs to your will, quietly placing them in positions of power and gaining influence over Mordor. This Game of the Year Edition comes packed with content put out since the initial release of Shadow of Mordor, including story packs, skins, missions, challenge modes and photo mode. Shadow of Mordor might look, at first glance, like a simple stealth game/brawler, but it quickly reveals itself to be much more than that.
PostTweetShare Share with WhatsApp Share with Messenger
Community Updates
CeX Deals
If you click through or buy, retailers may pay hotukdeals some money, but this never affects which deals get posted. Find more info in our FAQs and About Us page.
New Comment Subscribe Save for later