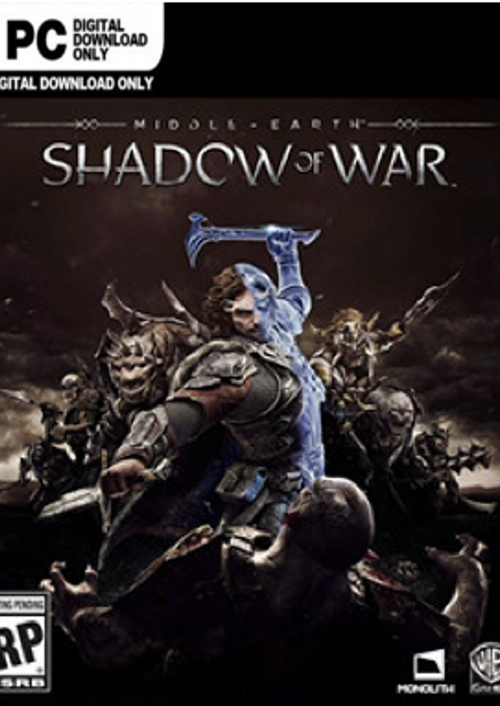 Middle-earth: Shadow of War is an action role-playing game set in an open world environment and played from a third-person perspective, following from its predecessor. The player controls the game's protagonist Talion, who has several natural athletic and combat abilities as a ranger of Gondor but also has unique abilities provided by the spirit of the elf lord Celebrimbor, who he shares his body with. The player uses their combined abilities to complete various missions, typically aimed to disrupt the armies of Sauron. The game includes main quests that drive the game's narrative and numerous optional quests that can help the player boost Talion's abilities and Followers via the game's "Nemesis System". In contrast to the previous game, which was more of a hack and slash, the sequel will have an action role-playing approach, creating a more personalized experience for each player. It will also feature dynamic weather system as well as a day-night cycle which affects the gameplay and enemy behavior.

The Nemesis System expands upon its introduction in Shadow of Mordor to apply to a larger part of the world, including other characters called Followers that have behavior guided by how the player-character has interacted with them. Players will be able to transfer their top Nemesis and their most loyal follower from Shadow of Mordor into Shadow of War. It will include an in-game store from which players can purchase elements to improve their Followers, such as purchasing support of new allies or abilities or loot chests that contain randomized items of various rarity. The in-game store can use currency earned in game, though players may also purchase such elements with micro transactions. The inclusion of microtransactions in a full-price single-player game has been criticized by game journalists.
PostTweetShare Share with WhatsApp Share with Messenger
Community Updates
Gamivo DealsGamivo Discount Codes
New Comment Subscribe Save for later
3 Comments
15th Feb
Code doesn’t work for me, PayPal charges get added. Shame.
15th Feb

Code doesn’t work for me, PayPal charges get added. Shame.

It's half off now. All sub-3euro games at gamivo are, so a better deal for everyone who missed out on the -15%off
15th Feb
Went for the definitive edition at just under £5.