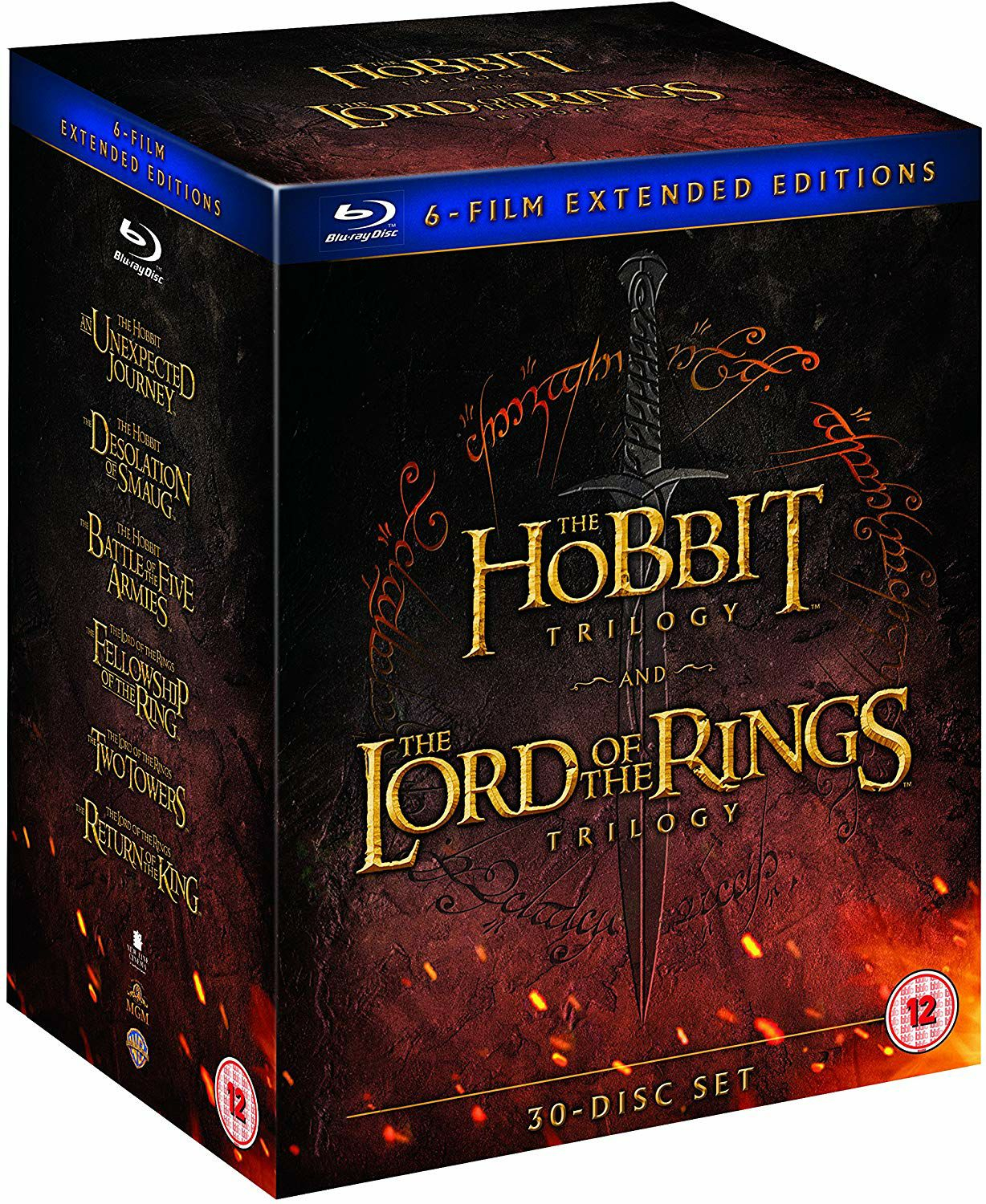 Product Description
FELLOWSHIP OF THE RING
Assited by a fellowship of heroes, Frodo Baggins plunges into a perilous trek to take the mystical One Ring to Mount Doom so it and its magical power can be destroyed and never possessed by evil Lord Sauron. The astonishing journey begins in the first film of director/cowriter Peter Jackson’s epic trilogy that redefined fantasy filmmaking. This imaginative foray into J.R.R. Tolkien’s Middle-earth won four Academy Awards and earned 13 total nominations, including Best Picture.

THE TWO TOWERS
Frodo and Samwise press on toward Mordor. Gollum insists on being the guide. Can anyone so corrupted by the ring be trusted? Can Frodo, increasingly under the sway of the ring, even trust himself? Meanwhile, Aragorn, drawing closer to his kingly destiny, rallies forces of good for the battles that must come. Director Peter Jackson delivers an amazing second movie that won two Academy Awards and earned six total nominations, including Best Picture. The journey continues. So do the astonishing spectacle and splendor.

RETURN OF THE KING
It is time. For Frodo to overcome the wickedness of Gollum, the horrifying attack of colossal arachnid Shelob and the soul-twisting allure of a ring that resists destruction. For Aragorn to take up the sword of his forebears and the crown of his birthright. For the mighty clash that Wizard Gandalf calls “the great battle of our time. ” And for the inspired culmination of the fi lms based on J.R.R. Tolkien’s literary classic. For the third time, a Rings movie was a Best Picture Academy Award nominee, and for the first time it claimed that prize (plus 10 more). The King deserves its crown.

AN UNEXPECTED JOURNEY
Follow title character Bilbo Baggins, who – along with the Wizard Gandalf and 13 Dwarves, led by Thorin Oakenshield – is swept into an epic quest to reclaim the lost Dwarf Kingdom of Erebor from the fearsome Dragon Smaug. Their journey will take them into the Wild and through treacherous lands inhabited by Goblins, Orcs and deadly Wargs, as well as by a mysterious and sinister figure known only as the Necromancer. Along the path, the unassuming Bilbo Baggins not only discovers depths of ingenuity and courage that surprise even himself, he also gains possession of a “precious” ring tied to the fate of all Middle-earth in ways he cannot begin to imagine.

THE DESOLATION OF SMAUG
THE HOBBIT BILBO BAGGINS, the Wizard Gandalf and 13 Dwarves, led by Thorin Oakenshield, continue their journey to reclaim the Dwarf Kingdom of Erebor. Along the way, they encounter skin-changer Beorn; giant Spiders of Mirkwood; Wood-elves led by Legolas, Tauriel and King Thranduil; and a mysterious Man named Bard, who smuggles them into Lake-town. Finally reaching the Lonely Mountain, they face their greatest danger – the Dragon Smaug.

BATTLE OF THE FIVE ARMIES
Thorin Oakensheild and the Dwarves of Erebor have reclaimed the vast wealth of their homeland, but now face the consequences of having unleashed the terrifying Dragon Smaug upon Lake-town. Meanwhile, Sauron, the Dark Lord, has sent forth legions of Orcs to attack the Lonely Mountain, and Bilbo Baggins finds himself fighting for his life as five great armies go to war. As darkness converges, the races of Dwarves, Elves and Men must decide – unite or be destroyed.

Features & details
Product information
Run time 18 hours
Number of discs 30
Format PAL, Subtitled
Language Italian (Dolby Digital 5.1), English (Dolby Digital 5.1), Unknown (Dolby Surround)
PostTweetShare Share with WhatsApp Share with Messenger
Community Updates
Amazon DealsAmazon discount code
If you click through or buy, retailers may pay hotukdeals some money, but this never affects which deals get posted. Find more info in our FAQs and About Us page.
New Comment Subscribe Save for later
15 Comments
18th Nov 2019
This actually cheap for it? It's taking everything un my power to not impulse buy it.
18th Nov 2019 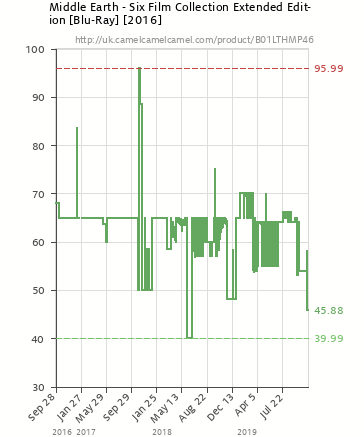 But thanks I do have that to look forward to. The inevitable re buying of them all. Well, not that bothered about the Hobbit films but the LOTR ones I love.
19th Nov 2019
6 films, 30 discs. 5 discs per film!!!
How much additional content is there?!
19th Nov 2019

I think it might be at least 2 discs per film - and that spoils it for me. Having to swap discs mid film is annoying!
19th Nov 2019
Treat it like an old time intermission and go and get an Ice cream.
19th Nov 2019
Although not 4k etc, all are currently available on Prime Video
21st Nov 2019
3D versions included too?
21st Nov 2019

2d versions only
21st Nov 2019
Don't know about the Hobbit trilogy, but the extras discs for the LOTR trilogy are all DVDs, exactly the same as the old extended boxsets from the early 2000s, not blu-rays, which pads out the disc numbers a bit.