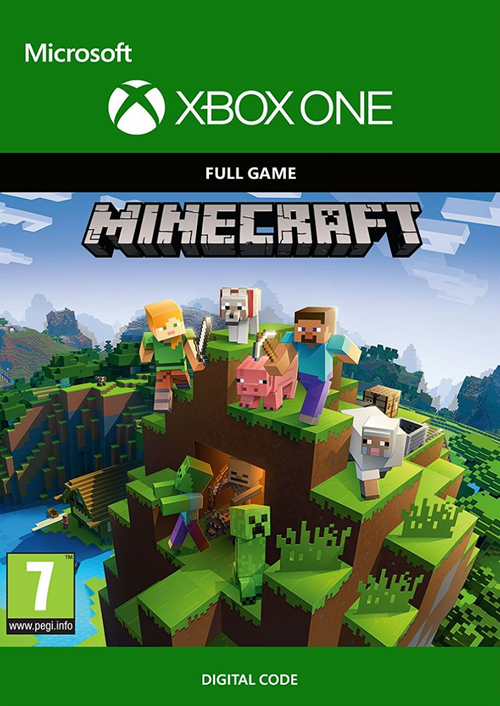 Cracking game at a very good price on CDKeys.

Hope it helps someone.
PostTweetShare Share with WhatsApp Share with Messenger
Community Updates
CDKeys DealsCDKeys voucher codes
If you click through or buy, retailers may pay hotukdeals some money, but this never affects which deals get posted. Find more info in our FAQs and About Us page.
New Comment Subscribe Save for later
18 Comments
5th Dec 2019
Pedantic, I know, but I don’t believe this is the ‘Xbox One Edition’. It looks to be the more up to date, cross-platform version.
5th Dec 2019

Just sold my digital copy on ebay for £10. Ideal

I'm just about to put mine on

You got yours because you purchased a new digital xbox one?
5th Dec 2019

You got yours because you purchased a new digital xbox one?

You got yours because you purchased a new digital xbox one?

I hope so as I purchased it last week! We've purchased a few digital games & they've been fine it just means they can't be sold on once you've entered the code into your user settings.
5th Dec 2019

I don’t see why not. It’s just a digital download code regardless of spec of Xbox you are unlocking it to your account not Xbox
5th Dec 2019

Yes it should work. I bought it today and it worked like a charm.
6th Dec 2019

Is that a good or bad thing?!

If anything surely this is a good thing as you can play this with more people from different platforms? I have played both editions and I'm pretty sure there isn't much difference other than that.
6th Dec 2019

Just sold my digital copy on ebay for £10. Ideal

Tried that with mine and before I got around to sending the code he's requesting to cancel because he was 'hacked' and didn't buy it himself.
Sold the Fortnite code for £35 though and sent the code. I then got a load of automatic ebay messages saying the buyer was hacked and so the order was cancelled. Contacted ebay support to ask if I had to refund because if I did I'd be out of pocket due to already sending the code which had almost certainly been redeemed. They said I had no obligation to refund because I had already sent the code. Not sure if the buyer was actually hacked or if he was trying to scam me by claiming he was so that he'd get a refund as well as the code.

In future I think I'll either only post the code or say that the code won't be sent within 24 hours of purchase to try avoid these situations again.
6th Dec 2019

You made a huge mistake there. Anyone intending on selling codes on ebay should follow what I do.
1. Indicate in listing that, it is a code on card which will be posted to buyer
2. Don't rush to release code after purchase.
3. Post code via royal mail 2nd class stamp and collect proof of postage.
4. Only after collecting the proof of postage should code be released
5. If buyer pesters you for code, it is very liklely a scammer, don't bother to respond to the messages or reply with at work, code will be provided when back home tomorrow.

Paypal will honour sellers protection whatever so long as you have proof of postage, not proof of receipt.

I have done this several times, I have been chargedback on many ocassions and only once was money reveresed, even that, afetr calling paypal and explaining situation to them, my money was debited again back to my account
7th Dec 2019
ordered thank you