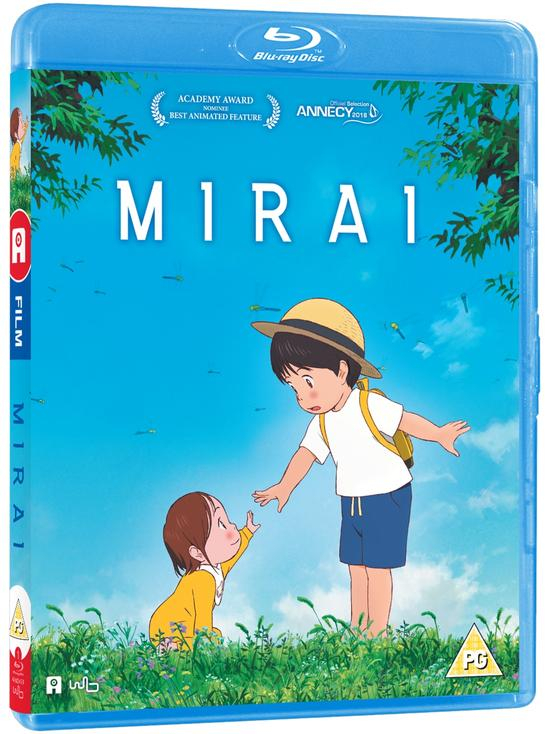 Utter bargain for this excellent, award winning Anime film. Never seen it anywhere near as cheap as this previously.
Nominated for Best Animated Feature Film at the 2019 Oscars, Mirai is the latest film directed by Mamoru Hosoda (The Girl Who Leapt Through Time, Summer Wars, The Boy and the Beast) The birth of a sibling is a joyous time for many, but not for Kun. Four years old and spoilt rotten, he sees the arrival of baby sister Mirai as competition for his parents' love. That is, until magical encounters with an older Mirai and family past, present and future send the siblings on an intimate journey through time and space, to confront Kun;s uncertain feelings and prepare him to become the big brother he needs to be.
Contains the film on Blu-ray with both the English dub and the original Japanese track with English subtitles.
PostTweetShare Share with WhatsApp Share with Messenger
Community Updates
Amazon DealsAmazon discount code
New Comment Subscribe Save for later
Top comments
17th Jan

Have three. Can confirm.
18th Jan

I'd rather pay the extra quid for the extras and properly owning it
17 Comments
17th Jan
Same price for HD on google play if anyone prefers digital click here
17th Jan
Bought it back in November for £6.99 from Amazon.
Edited by: "Monkeypedro" 17th Jan
17th Jan
Nice story and great art style.
17th Jan
Wasnt all that, the crying kid was so annoying
Edited by: "zerowing" 17th Jan
17th Jan

Have three. Can confirm.
18th Jan
Sounds like Boss Baby
18th Jan
One of Mamoru Hosoda's weaker films imo but still worth a watch!
18th Jan
HMV have it for the same price store.hmv.com/sto…rai
18th Jan

I'd rather pay the extra quid for the extras and properly owning it
18th Jan
I love this movie. I bought the CE edition from Amazon when it was released. With our littles ones of similar ages as in the movie it struck more of a chord, especially as our son is very much like Kun!
18th Jan

Just like you. When you were a baby.
18th Jan