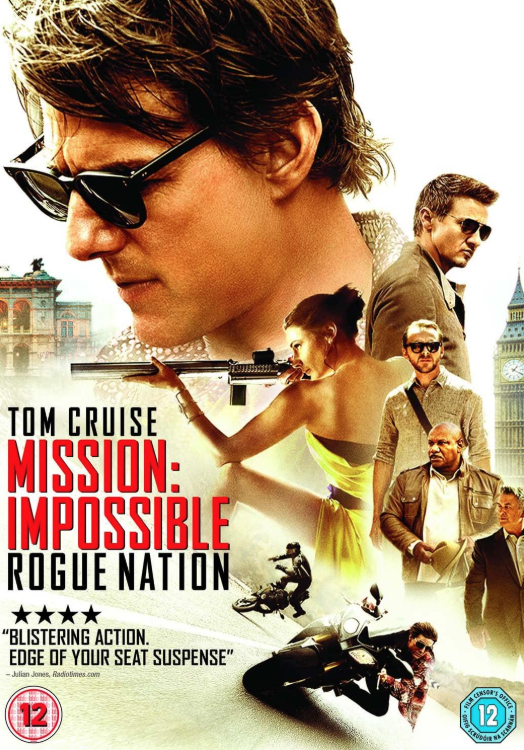 Tom Cruise reprises his role as Impossible Mission Force (IMF) agent Ethan Hunt in the fifth film of the action thriller series. Written and directed by Christopher McQuarrie, the movie follows on from events in the previous instalment where the IMF agents find themselves being targeted by a shadowy organisation of highly-trained assassins known only as the Syndicate. Can Ethan reassemble the now-disbanded IMF team to bring down this rogue organisation before it's too late? The supporting cast includes Simon Pegg, Jeremy Renner, Rebecca Ferguson and Alec Baldwin
PostTweetShare Share with WhatsApp Share with Messenger
Community Updates
Music Magpie DealsMusic Magpie Discount Codes
New Comment SubscribeSave for later
1 Comment
3rd Jun
The best one IMO