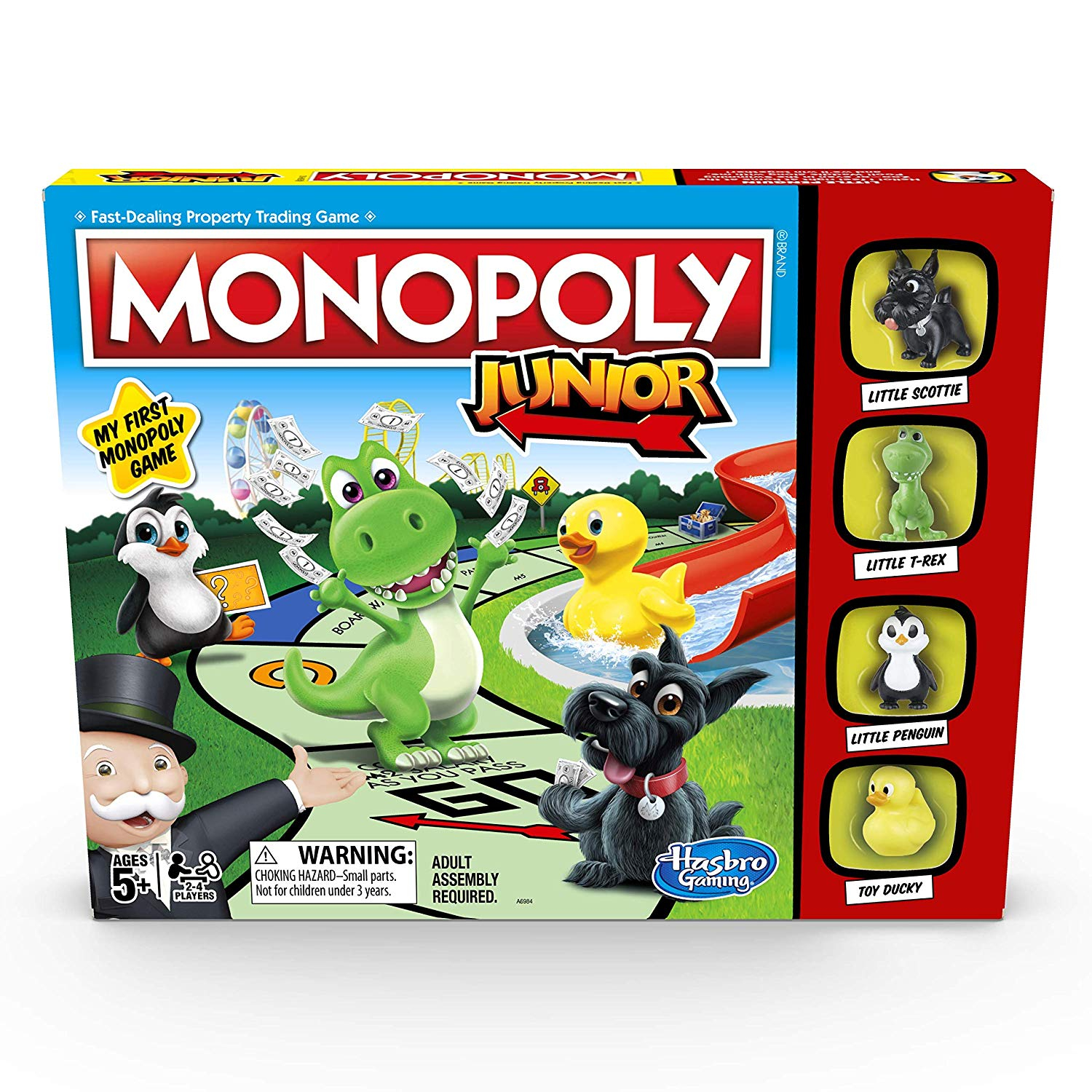 Monopoly Junior game is similar to the Monopoly game, but it's
accessible and exciting for younger players. It is fast, simple and
features kid-friendly properties. The game comes with four favourite
tokens: Hazel the cat, Scottie the dog, toy car and toy boat. Players
move their tokens around the board, buying the properties they love such
as the ice cream parlour, the toy store and the skate park. It is so
much fun for them to place a sold sign on their very own property.
Single banknotes keep the transactions fast and easy. The player with
the most money wins the game. The Hasbro Gaming, Parker brothers and
Monopoly names and logos, the distinctive design of the game board, the
four corner squares, the Mr. Monopoly name and character, as well as
each of the distinctive elements of the board and playing pieces are
trademarks of Hasbro for it's property trading game and game equipment.
PostTweetShare Share with WhatsApp Share with Messenger
Community Updates
Amazon DealsAmazon discount code
If you click through or buy, retailers may pay hotukdeals some money, but this never affects which deals get posted. Find more info in our FAQs and About Us page.
New Comment Subscribe Save for later
7 Comments
29th Nov 2019
Fantastic, thanks
29th Nov 2019
I bought this game last week to play with my 5 year old. It's a great game but hes already bored of it. It's a very simple game to follow so that's a big plus point. Wish the mario version was part of black friday deal. Heat for deal though.
29th Nov 2019
Bought few of them as gifts
29th Nov 2019
Good game. Easy enough for kids to pick up. No complicated rules, properties cost between 1 and 5 pounds, you rent them at their face value or, if you own both properties in a single colour, you can charge twice the face value. No community chest, only chance cards. We are a family of 4 and tend to buy 90% of the properties in our first go round the board, after that you are all charging each other rent and we tend to find a game takes 20-30 minutes.
29th Nov 2019
Thanks for the helpful comments everybody, I bought one. Does any of you have opinions on Junior Cluedo? or recommend any other board games for juniors?
29th Nov 2019