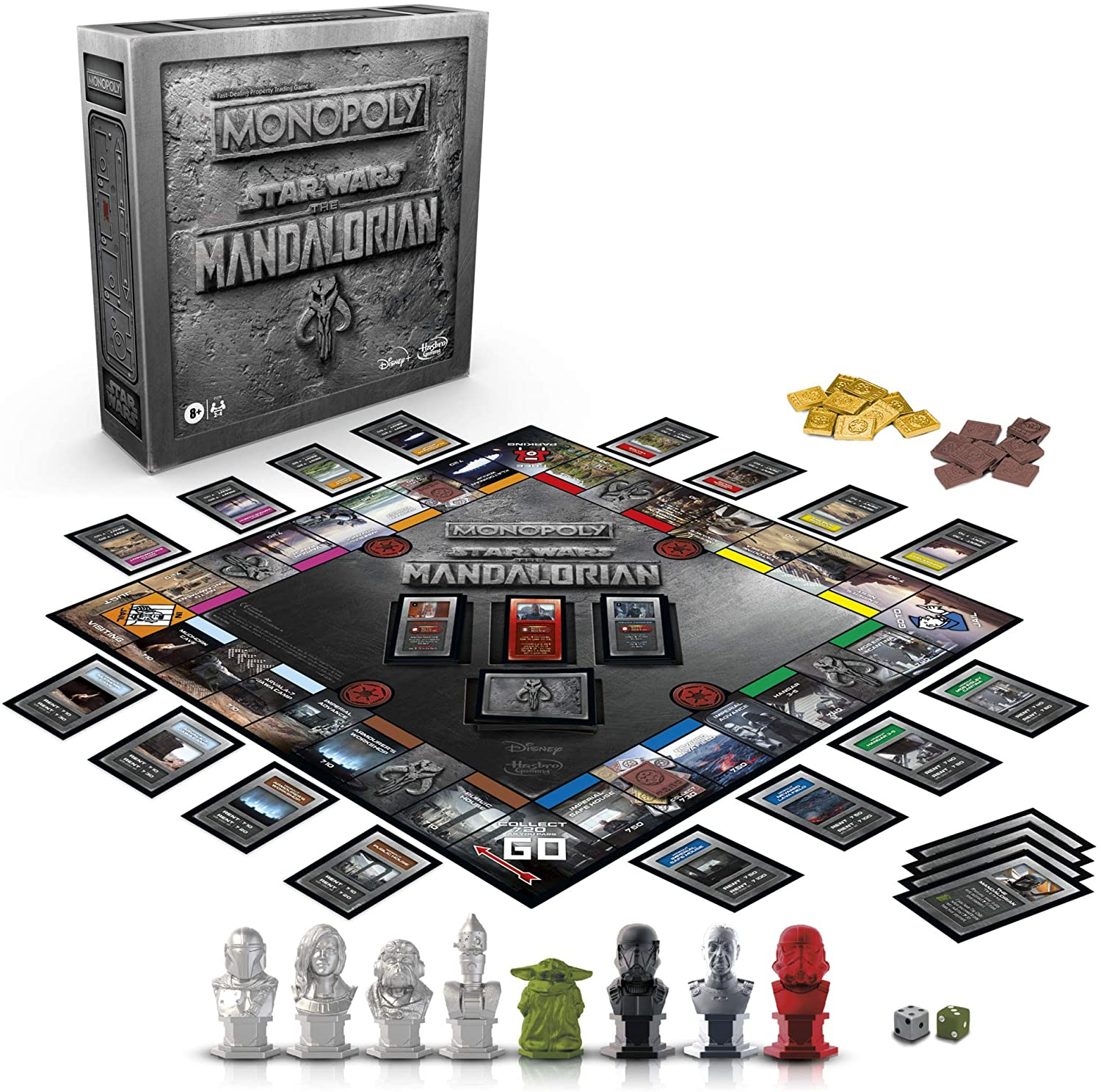 Why we picked it
Inspired by the Star Wars: The Mandalorian TV series, this special adaptation of the classic Monopoly board game transports players to a dangerous galaxy where Imperial enemies threaten the safety of The Child (a.k.a. Baby Yoda).

Play as your favourite characters from the series with the option to act as The Mandalorian, Cara Dune, IG-11 or Kuill. Each character has their own metal cast playing piece and a special ability depicted on their accompanying Character card.

The Child token lets players combine their character's special ability with that of The Child's unique ability, while Stormtrooper, Death Trooper, and Moff Gideon enemy tokens can change gameplay and lead to battles. Buy hideouts, win battles, and earn Imperial credits. The player with the most Imperial credits wins, but be vigilant! If an Imperial enemy gets The Child, the game's over for everyone! Good luck and May the 4th be with you!
PostTweetShare Share with WhatsApp Share with Messenger
Community Updates
3 Comments
Post a comment