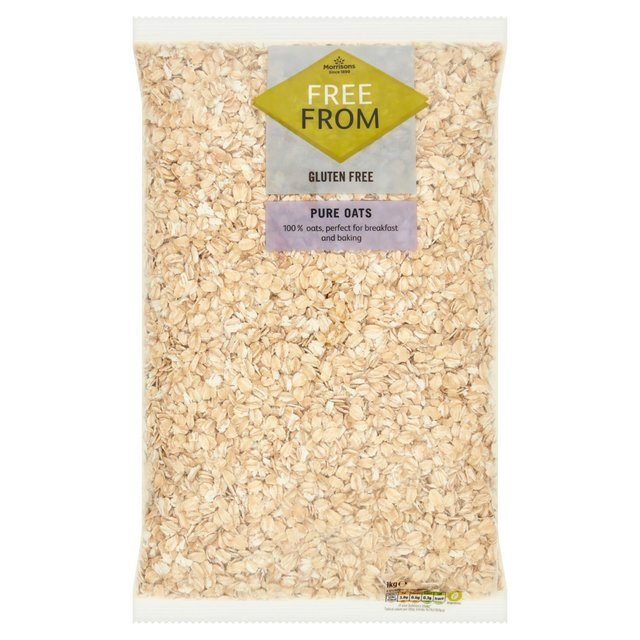 National offer at Morrisons. Good saving for people who are over charged for gluten free products.
PostTweetShare Share with WhatsApp Share with Messenger
Community Updates
Morrisons DealsMorrisons Discount Codes
If you click through or buy using any of our links, retailers may pay hotukdeals some money, but this never affects which deals get posted. Find more info in our FAQs and About Us page.
New Comment Subscribe Save for later
12 Comments
21st Nov 2019
Oats are gluten free, though there is the possibility of cross contamination.
21st Nov 2019

Hence the need for gluten free products.
21st Nov 2019
Good if you can get them! our 2 local Morri's are totally wiped out of all the GF products currently on offer. Most Morrisons GF own brand products are at least half price, think the porridge has the biggest reduction though.
21st Nov 2019
Yes h

Yes but there's the con. Even if someone was celiac.. And oats were cross contaminated with a few grains of the gluten laden wheat seeds rusks or whatever.. etc.. It wouldn't be enough to kill or have any affect whatsoever. Its labeled gluten free so it's grown in a field far away from any gluten containing crops, so the wind can't blow anything to the oat growing field.. and it's also been transported separately then packaged in a different factory so they can call it gluten-free, but make no mistake.. this is pure coincidence/blessing for the shop, so they can charge a premium. all oats are gluten free.
Edited by: "Alexcolvill" 21st Nov 2019
21st Nov 2019

I'll just quote this, it's straight from coeliac.org

Oats contain avenin, which is a protein similar to gluten. Research has shown that most people with coeliac disease can tolerate gluten free oats with no problems. The issue is that sometimes oats are produced in the same place as wheat, barley and rye, and then become contaminated with these other grains.

Yes these foods can be expensive, and often a rip off, but people with actual allergies/in tolerances etc (not people pretending to suffer for the sake of attention), cannot afford to take risks.
21st Nov 2019

It is a bit of a con. It's like wheat free corn flakes and dairy free ketchup.

I'm on a gluten free diet, but I'll only pay the extortionate prices, if it's a product that is naturally full of gluten. At the same time though, if somebody has a more serious problem or even an allergy, then the price is unavoidable.

Ketchup and corn flakes, while the main ingredients aren't wheat, they often have barley in, which coeliacs have to stay away from
21st Nov 2019

no doubt there is some profiteering but you didn't pick the best examples as nearly all brands of cornflakes are coated in barley malt extract which contains gluten.
Even at the minute level it is, i still get an upset stomach with one bowl of those a day which i used to eat when they first started adding it with out any notice on the packs years ago
Took weeks of very bad indigestion every day and a couple of doctors visits before i realised what was happening.
21st Nov 2019

Oh dear, if you are British, the correct spelling is 'Coeliac'. As you are not familiar with the spelling of this disease I am assuming you have no understanding of how chronic an effect it has on a life?
21st Nov 2019

Cornflakes have malt flavouring...which u cant have on a gluten free diet
21st Nov 2019
I have been in to 2 different Morrison’s on 2 occasions each. And had 2 deliveries. All of them had empty shelves of the gluten free offers and failed to deliver via my internet shop. None of the staff could update me as to when the offers ended. I’ve begun to think these offers are “ true good to be true”
21st Nov 2019

My local Morrison’s has been out of GF granola for what feels like an eternity (or more accurately like 6 weeks)!