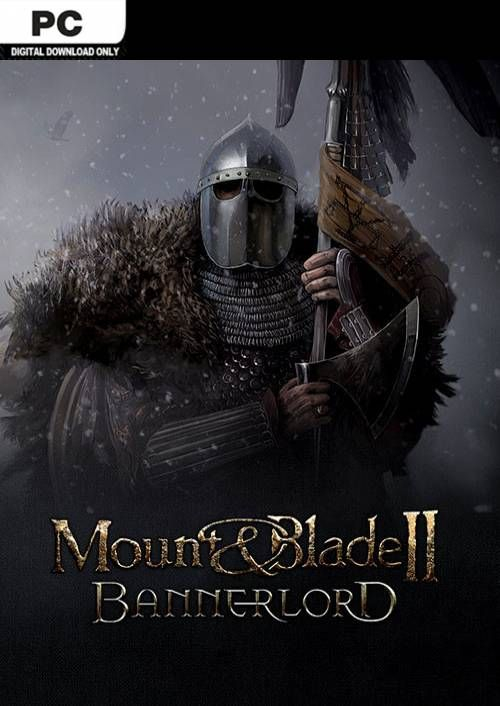 This product includes Mount & Blade II 2: Bannerlord PC. This Early Access game is not complete and may or may not change further. If you are not excited to play this game in its current state, then you should wait to see if the game progresses further in development.

The top 3 reasons to play Mount & Blade II 2: Bannerlord PCPlay the game the way you want to play it! Plot your own path to power in a dynamic sandbox adventure where no two playthroughs are the same.Create and develop your own character to match your playstyle. Progress skills by performing actions as you gain access to a selection of perks that represent your mastery of a talent.Turn anarchy to your advantage by being the first to bring grain to a starving town after a siege or reopening a bandit-plagued caravan route.About Mount & Blade II 2: Bannerlord PC
PostTweetShare Share with WhatsApp Share with Messenger
Community Updates
CDKeys DealsCDKeys voucher codes
New Comment SubscribeSave for later
11 Comments
14th Apr
Really want to get on this...but the early access is putting me off.

I did the 2 hour refund on Steam since I literally ran from town to town and every single place had no quests for me. Granted this was at release and I know there's been patches daily...still I've heard opinions on both ends saying it's good and bad.

That being said I don't know how much cheaper this could get given it's supposedly going back up to full price once out of EA!
14th Apr

I agree day 1 was awful, but I'm finding now that it's rare I find serious glitches and the game is running smoother. They have patched it nearly every day since release.
14th Apr
Wow surprised this actually got released after all these years, loved the mods and online battle mode in napoleon wars verison.
14th Apr

This will only go up, be a while after release when it goes down to £20.
14th Apr
I'm watching last kingdom and I'm loving it. It's really making me want an open world viking game. What's the best viking game guys!?
14th Apr

Have you tried Skyrim or Elder Scrolls Online? You can pick them up for about £5 regularly.
14th Apr

Well I'm only interested in buying Bannerlord if they can make another Napoleonic Wars dlc or similar. Love the bayonet melee. Not so interested in what is very similar to Warband.
14th Apr
If you played and enjoyed Warband, this is a must buy, people new to the series might be a bit put off though
16th Apr
I am so addicted, it has made vanilla warband completely obsolete
17th Apr
Back up to £29.99 now