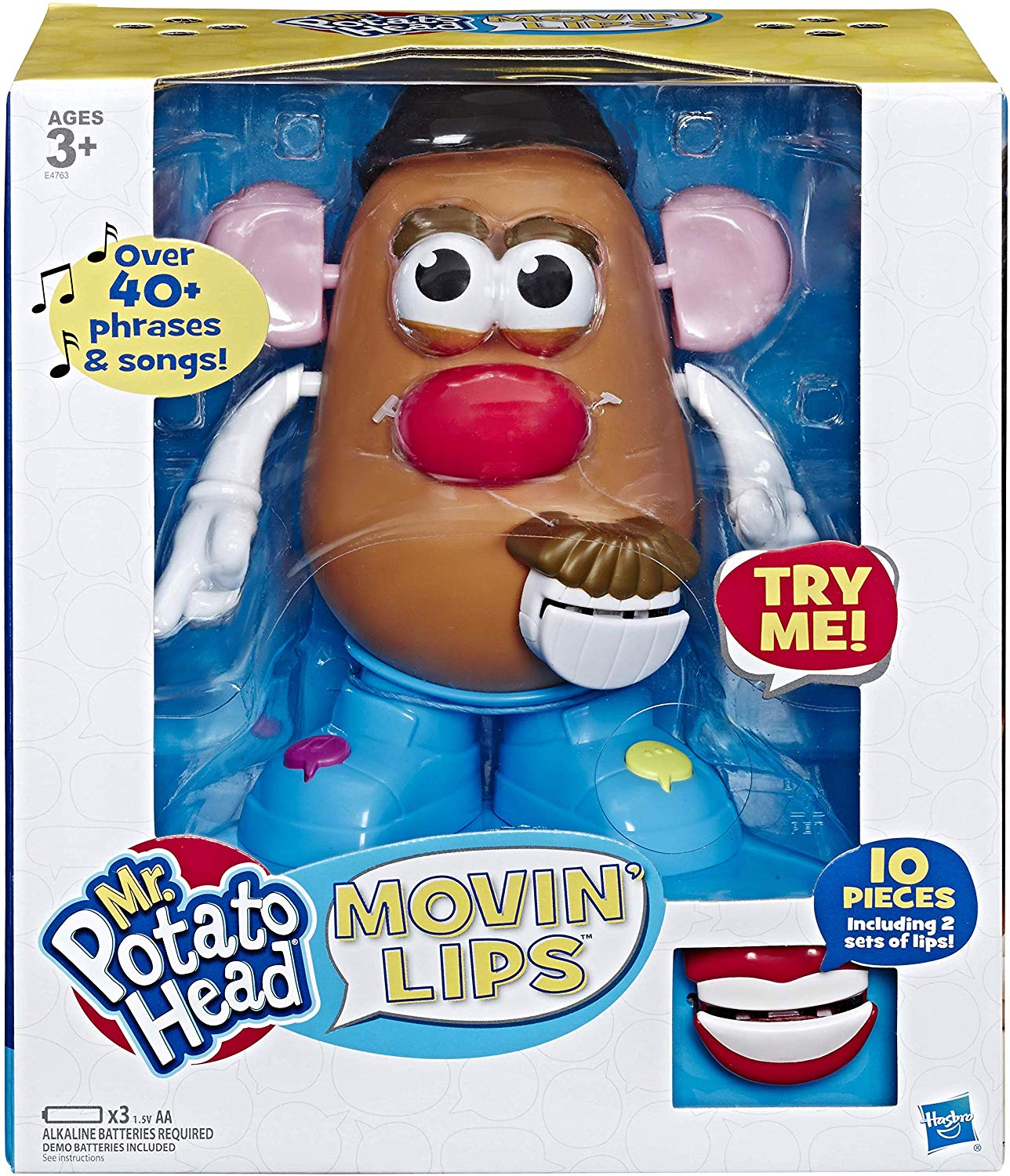 Price plunge on Mr potato and limited time deal. Different to the standard model in that it can talk.

Product Description
Who knows what Mr. Potato Head will say – or sing – next? This interactive talking toy is fun and entertaining for kids as well as adults. Just attach his mouth and press the buttons – his lips synchronise to wacky songs and some really funny phrases. The talking toy features over four0 phrases and four parodies to popular songs, including a parody of the song ‘Lips Are Movin'’ by Meghan Trainor. Children aged 3 and up can experience the same mix-and-match play with a lot more to say with Mr Potato Head Movin' Lips. It comes with a Mr Potato Head, two arms, two ears, eyes, nose, hat and two mouths for a ton of tater fun. Batteries included. Mr Potato Head and all related characters are trademarks of Hasbro. ‘Lips Are Movin'’ written by Meghan Trainor and Kevin Kadish. Copyright 2015 Downtown Publishing and Sony/ATV Publishing, LLC. Used by permission. All rights reserved. 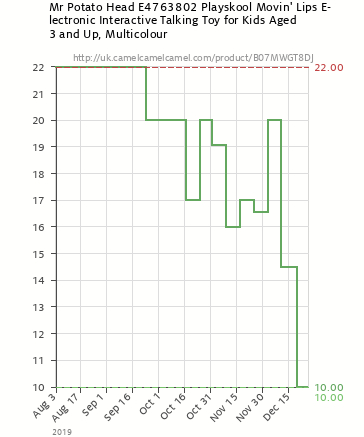 PostTweetShare Share with WhatsApp Share with Messenger
Community Updates
Amazon DealsAmazon discount code
If you click through or buy, retailers may pay hotukdeals some money, but this never affects which deals get posted. Find more info in our FAQs and About Us page.
New Comment Subscribe Save for later
Top comments
26th Dec 2019
The 3 camels are wrong, it was 6.39 on 6/12 because I bought it. IIRC it was an add-On item though but easily circumnavigated using the Alexa trick. 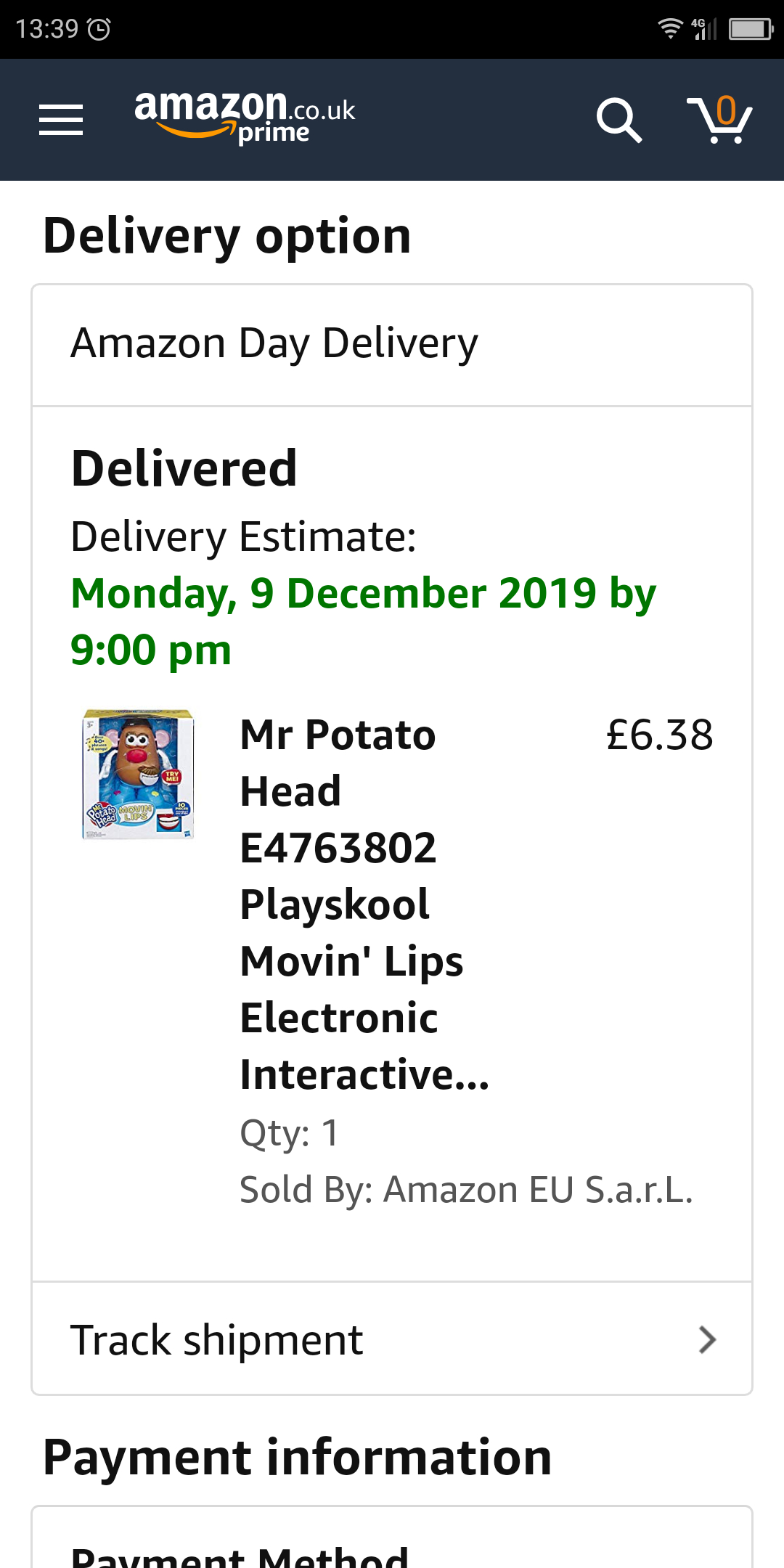 Enable one click ordering then place the add on item in your basket then tell Alexa you wish to purchase what is in your basket.
26th Dec 2019
Regardless of price this has been the Christmas hit in our household, really good toy!
26th Dec 2019

Now I have a proper explanation here ...So description is wrong then. Anyway thanks Polar1.