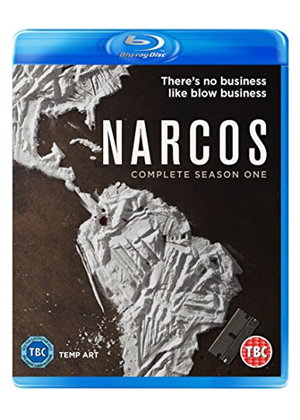 £5.49 Free P&P FreeBase.com Deals
Expert (Beta)8
Get deal*Get deal*
Expert (Beta)
8Get deal*Get deal*
Posted 4th May
From renowned filmmaker José Padilha comes an inside look at the men who would stop at nothing to take down the notorious cocaine trafficker, Pablo Escobar. From the Colombian government to the DEA agents, the policemen who would risk their lives to the US officials who would spin the story, Narcos takes an unfiltered look into the war that would change the drug trade forever.

As the illegal cocaine market continues to grow, two DEA Agents, Steve Murphy and Javier Peña, are tasked with taking down narcos who have been growing and distributing the drugs and the one man heading up the illegal operation: Pablo Escobar.

Pablo s wealth and success make him an easy target for the DEA and government officials, but his influence and resources enable him to stay a step ahead.
PostTweetShare Share with WhatsApp Share with Messenger
Community Updates
Base.com DealsBase.com discount code
New Comment Subscribe Save for later
8 Comments
4th May
Great TV, the series that followed are equally as good.
4th May
Thank you, ordered. Not seen this but it sounds interesting. Heat from me
4th May
About to watch the 2nd season on Netflix!
4th May
All the Narcos series are excellent
4th May
S1 & S2 are superb
5th May
Does it come with a digital code as well?
5th May
Love. This. So. Much. Heat.
5th May
Great series