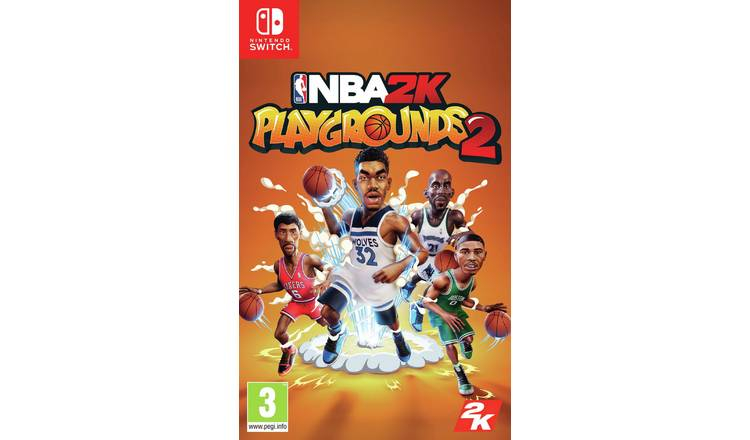 This sequel to the original smash hit takes street balling to the next level with a host of new additions and improvements, including a new Season Mode and a new Playgrounds Championship ranked mode. This robust follow-up to last year's high-flying arcade action also features a massive roster of over 200 current and retired NBA players with new player models and animations.

Take street balling to the next level with a new Season mode.

PostTweetShare Share with WhatsApp Share with Messenger
Community Updates
Argos DealsArgos discount code
If you click through or buy, retailers may pay hotukdeals some money, but this never affects which deals get posted. Find more info in our FAQs and About Us page.
New Comment Subscribe Save for later
5 Comments
29th Dec 2019
Why cold? Playgrounds 2 was much better than the first wasn't it?
29th Dec 2019
This is only £6.74 on the Nintendo e-shop to download
29th Dec 2019
As said above, only £7ish on the Eshop. Not sure this is a great deal as a result although I suppose it is for those who don’t want digital.

Word of warning though - you need to “earn” all of the characters and level them up through playing the game and that takes a long time. It operates a “card pack” mechanic as well that I haven’t fully explored so it seems like there may be a random element to earning players. Worth noting for those not willing to put the time in although I think there may be a DLC to unlock everything.

Other than that though, gameplay is pretty solid. Near carbon copy of NBA Jam. One thing that nicely surprised me though is that the rosters are updated for the latest season even though the game was released last year.
29th Dec 2019
None in stock anyway
29th Dec 2019

Why cold? Playgrounds 2 was much better than the first wasn't it?

From what I heard it isn't. They made it (not)free to play, and delisted the prequel to force peps to buy this inferior version instead.