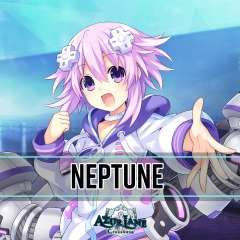 This DLC is only available until the 6th April - it will not be available to purchase at a later date - so I thought I'd post it so people don't miss out.

This adds Neptune from the Neptunia series as a playable character. Seemingly as it was a pre-order bonus in Japan it will be available for a month from release and then removed from PSN - but even if you don't have the game yet you can purchase it from PSN now and it'll be in your download list should you get the game in the future.

Basically this game is WW2 Battleships as anime girls. You'll know from that if it is a game for you.

Azur Lane still isn't showing up on UK PSN, isn't it meant to be out now?

It is meant to be - the physical version is out today.
21st Feb

It is meant to be - the physical version is out today.

I was checking since last night it seems to have just gone up now ish.
2nd Mar
Is this still available because I can't find it on PSN Store UK?
2nd Mar

Is this still available because I can't find it on PSN Store UK?

Have you tried the deal link? I just checked it on my phone and it seemed to be there.
2nd Mar

Ah, there we go, I'm such an idiot! I was trying to find it manually while on the Playstation, I've got it now, thanks!
20th Mar
They've announced that it will be available until 6th April fwiw.