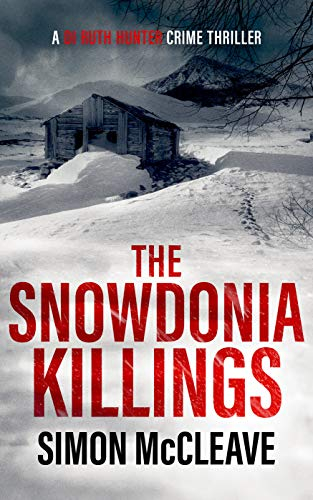 DI Ruth Hunter's dream of escaping the murderous streets of South London and settling in the rural peace of Snowdonia has come true - until a brutal killing turns it into her worst nightmare.

Detective Inspector Ruth Hunter lives with the pain of her partner’s mysterious and unsolved disappearance. About to hit fifty, the veteran police officer trades in the crime-ridden streets of London for a more peaceful life in rural North Wales. But Ruth has barely settled into her new position in North Wales Police, when the body of a brutally murdered woman is discovered…with strange symbols carved into her skin. Teaming up with an obstinate deputy, Ruth struggles to eliminate anyone from a long line of suspects. When another slain victim is discovered with the same cryptic markings, she’s forced to re-think the investigation.

Has Ruth got what it takes to solve the case before the murderer attacks again?

The Snowdonia Killings is the first book in the DI Ruth Hunter Crime Thriller series and set against the majestic backdrop of Snowdonia, a timeless land of Arthurian legend, folklore and myth. If you like dark police procedurals, psychologically complex characters, and shocking twists, then you’ll love Simon McCleave’s pulse-pounding debut novel. 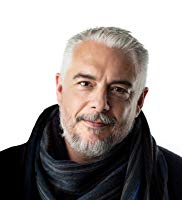 Simon McCleave was born in South London. When leaving University, he

worked in television and film development. He was a Script Editor at the

BBC, a producer at Channel 4 before working as a Story Analyst in Los

Angeles. He worked on films such as ‘The Full Monty’ and television

series such as ‘Our Friends In The North’.

Simon then became a

script writer for television and film. He wrote on series such as Silent

Eastenders and many more. His film, ‘Out of the Game’ for Channel 4 was