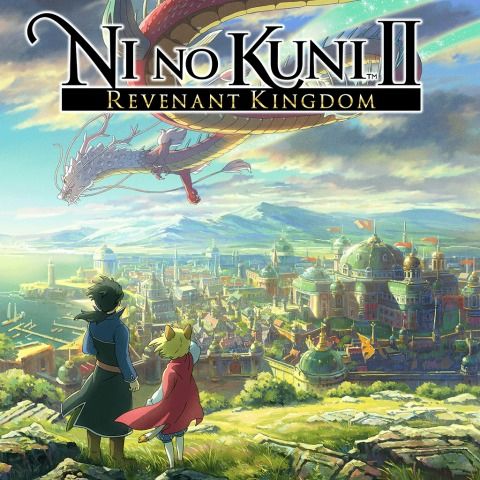 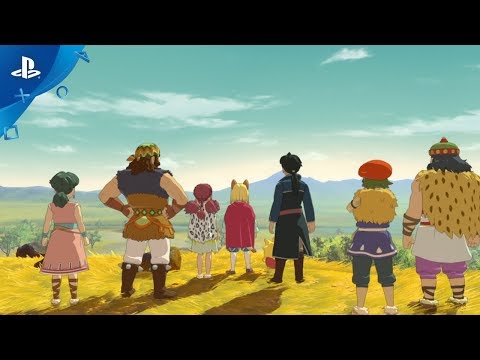 Lose yourself in the ultimate Ni no Kuni experience with this Prince's edition including:
-Ni no Kuni II: Revenant Kingdom (full game)
-Two future game expansions that add hours of additional gameplay
-The Prince's equipment package

Join the young king Evan as he sets out on an epic quest to found a new kingdom, unite his world and save its people from a terrible evil.Embark on this unforgettable adventure which blurs the line between animated feature film and video game. Developed by LEVEL-5, Ni no Kuni II features enchanting character design from the legendary artist YoshiyukiMomose and a stirring soundtrack composed by the world-famous Joe Hisaishi.

Save money on content for this game by purchasing the Season Pass. Content can be downloaded from the PlayStation®Store or in-game once it is released.Buy the Ni no Kuni™ II: Revenant Kingdom Season Pass and get the upcoming epic expansions the moment they become available. Explore new dungeons, get exclusive rewards and enjoy a brand new story chapter with hours of additional gameplay at a discount.
PostTweetShare Share with WhatsApp Share with Messenger
Community Updates
Playstation PSN DealsPlaystation PSN Discount Codes
If you click through or buy, retailers may pay hotukdeals some money, but this never affects which deals get posted. Find more info in our FAQs and About Us page.
New Comment Subscribe Save for later
10 Comments
20th Dec 2019
I have a US PS account, is it possible to buy the uk season pass and redeem in my US account? it's currently $20usd in the US store
20th Dec 2019

Probably not. DLC is region locked and will only work with the same region the base game was bought in, be that physical or digital.
US Digital+Physical games will not work with another region's DLC, and vice versa.
20th Dec 2019
Is the season pass worth it?
20th Dec 2019

It's not ps+ though is it so you'd be able to set up a UK account but would need to fund it with GBP.
Unless I'm missing something
20th Dec 2019

Is the season pass worth it?

It really depends. I enjoyed some on the expansions but one DLC in particular is a total grind fest. If you enjoy that kind of thing I would say go for it.

I would really recommend the main game. It is a brilliant JRPG and doesn't require any grinding.
20th Dec 2019

Thank you for the reply. I think I'll just go for the normal edition then. This will be my first Ni no Kuni game after seeing deals on them for long enough. But quite liked the look of it.
Edited by: "Caskey" 20th Dec 2019
20th Dec 2019
Whooop time to own it digitally.
20th Dec 2019

I agree with big_rock regarding the DLC. The DLC is minor and it's mostly just long dungeons based on the same areas in parts of the main game, so doesn't feel like anything new or worthwhile unless you really enjoy grinding for XP and loads of new items.
20th Dec 2019
I'm just at 80 hours and have only just finished the main quest. I am platinum hunting now and I was waiting for the season pass to drop. Not sure I should bother now.
One of my favourite games ever and very pretty on a PS4 Pro
20th Dec 2019
Currently playing the translated DS version on my 3ds, love this series. Might get the Prince's version if it includes all dlc.