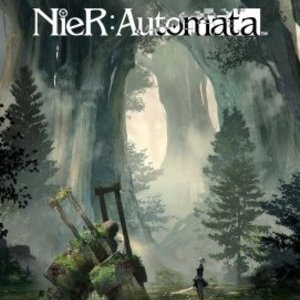 NieR: Automata is the latest game from Yoko Taro to be released in the "big" platforms, and for many, it put NieR in the map that weren't interested in the first game or in Yoko Taro's works. In NieR, humanity lost Earth, but it plans to retake it with the assistance of an android force called YorHa. As you keep playing the game, you will start discovering the truth behind the alien invasion and what truly is YorHa.

As for the game itself, it plays like an story-driven action RPG with a small open-world, but it's also a Yoko Taro game. This means that it will be changing genres any time, showing its creator craziness and imagination all the time. So yes, it's a RPG but you might find yourself playing a shoot 'em up anytime, and this makes sure that the player always get surprised for what comes next. The game doesn't disappoint in any area; having a stellar soundtrack, an emotional and great story that develops at the right pace and controls greatly. While this is all great, the PC port really could use some work and you might want to look into the FAR mod in order to have a better experience playing on PC.

NieR: Automata also rewards players for replaying it multiple times as there's plenty of endings and always something new to be found in each playthrough.

This deal beats the historical low recorded by ITAD and beats last week's CDKeys deal, although it's not the most complete version of the game. Still, great price for a game that it's worth hours of content especially due to its replay value. Title price includes PayPal fees, which aren't charged when paying through credit card.
PostTweetShare Share with WhatsApp Share with Messenger
Community Updates
Instant Gaming Deals
New Comment Subscribe Save for later
5 Comments
19th Feb
This is the cheapest I have seen the game - fab price - heat added.
19th Feb
One of my top 3 this gen, really fell in love with it, bugs n all.
19th Feb
Denuvo DRM
20th Feb
buy it on ps4 if you have the option. with the community made patch the performance is generally fixed but it still has bad crashes. I wish the cared more about their pc ports
21st Feb
I wish I'd never discovered all these cheap Steam key sites. Hot from me.