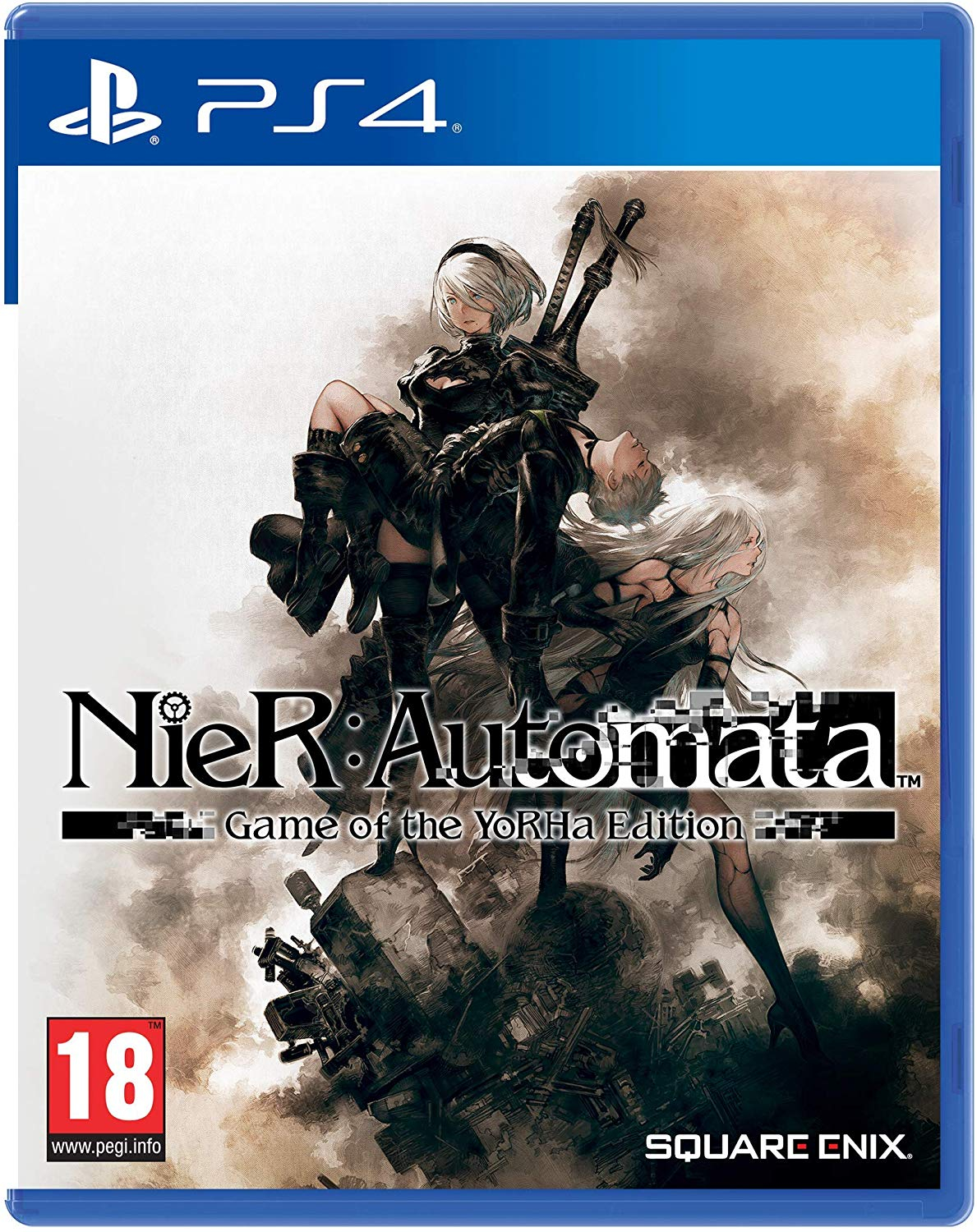 Dispatched from and sold by Amazon.
Price matching Argos.

NieR: Automata tells the story of androids 2B, 9S and A2 and their battle to reclaim the machine-driven dystopia overrun by powerful machines. Humanity has been driven from the Earth by mechanical beings from another world. In a final effort to take back the planet, the human resistance sends a force of android soldiers to destroy the invaders. Now, a war between machines and androids rages on...

A war that could soon unveil a long-forgotten truth of the world. Developed by an all-star team consisting of producer Yosuke Saito (DRAGON QUEST X/ NIER), director YOKO TARO (Drakengard/ NIER), character designer Akihiko Yoshida from CyDesignation, Inc. (FINAL FANTASY XIV/ BRAVELY DEFAULT), game designer Takahisa Taura from PlatinumGames Inc. (Metal Gear Rising: Revengeance), and composer Keiichi Okabe from MONACA, Inc. (TEKKEN/ Drakengard 3/ NIER). DLC Includes: - (15) PS4 Avatars - PS4 Dynamic Theme - Base Game (USD59.99 value) - Expansion DLC (USD13.99 value) - (6) DLC Pod Skins - DLC Mask Accessory - Action-Packed Battles Players will switch between using melee and ranged attacks in battle against hordes of enemies and challenging bosses across a variety of open field maps. The tight controls and incredibly fluid combat are simple to learn for newcomers while offering plenty of depth for more experienced action gamers. Players can perform high-speed battle actionscombining light and heavy attacksand switch through an arsenal of weaponry while evading enemies with speed and style - Beautifully Desolate Open-World The game seamlessly joins together hauntingly beautiful vistas and locations with no area loading. The environments are rendered in 60fps and contain a wealth of sub-events in addition to the main storyline - Masterfully Crafted Story and Characters NieR: Automata tells the story of androids 2B, 9S and A2 and their ferocious
PostTweetShare Share with WhatsApp Share with Messenger
Community Updates
Amazon DealsAmazon discount code
New Comment Subscribe Save for later
7 Comments
28th Jan
Nonsensical story but great gameplay. Quite short but is designed to be played through multiple times. Ending D being the shortest lol
28th Jan
Beautiful game, well worth 14 quid
28th Jan
Freaky little game, only if your desperate.
28th Jan
Same as Argos currently, so those who don't have prime or want it today should head to the Argos deal
28th Jan
Amazing game, inventive stuff, amazing set pieces and devil may cry style combat. Depending on your pov, story is either brilliant or pretentious
28th Jan
Got this for Christmas...and it's just not grabbing me. Put about 6 hours in. The first hour throws every gameplay element at you and it was pretty cool...but the open world part has just consisted of your basic fetch quests and getting lost as the map doesn't seem to recognise invisible walls blocking off sections of the world. I keep forcing myself to play further as everybody highly praised it, but I don't think this one's for me.

Good price though. This comes with one expansion and some cosmetics
28th Jan
Great price