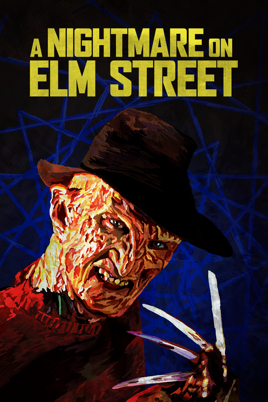 Can your nightmares be fatal? In this classic of the horror film genre that launched a movie franchise, a hideously scarred pedophile who was murdered by a lynch mob returns years later in the terrifying nightmares of his killers' teenage children -- and the dreaming teenagers are starting to die in their sleep. Starring Academy Award-nominee and Golden Globe-winner Johnny Depp ("Sweeney Todd: The Demon Barber of Fleet Street," "Pirates of the Caribbean trilogy"), Golden Globe-winner John Saxon ("Enter the Dragon," "The Appaloosa"), Heather Langenkamp (TV's "Just the Ten of Us") and Robert Englund as Freddy Krueger ("Urban Legend," "The Mangler").

See more of the Nightmare with over an hour and a half of Special Features. Included are the making-of documentary, alternate endings, behind the scenes and much more!
PostTweetShare Share with WhatsApp Share with Messenger
Community Updates
ITunes Store DealsITunes Store voucher
New Comment SubscribeSave for later
8 Comments
4th Jun
1......2.....freddies coming for you.......
4th Jun
The absolute reason I don't like scary movies, I'm not over this yet and it's been more than 30 years I'm sure.
4th Jun
Brilliant movie.
4th Jun
Nope. Watched it as a kid. Had nightmares for years.
4th Jun
Back in primary school (early 90s) they had a movie day for the kids and showed Nighmare on Elm Street 1 lol.
4th Jun

This is savage, lol
4th Jun