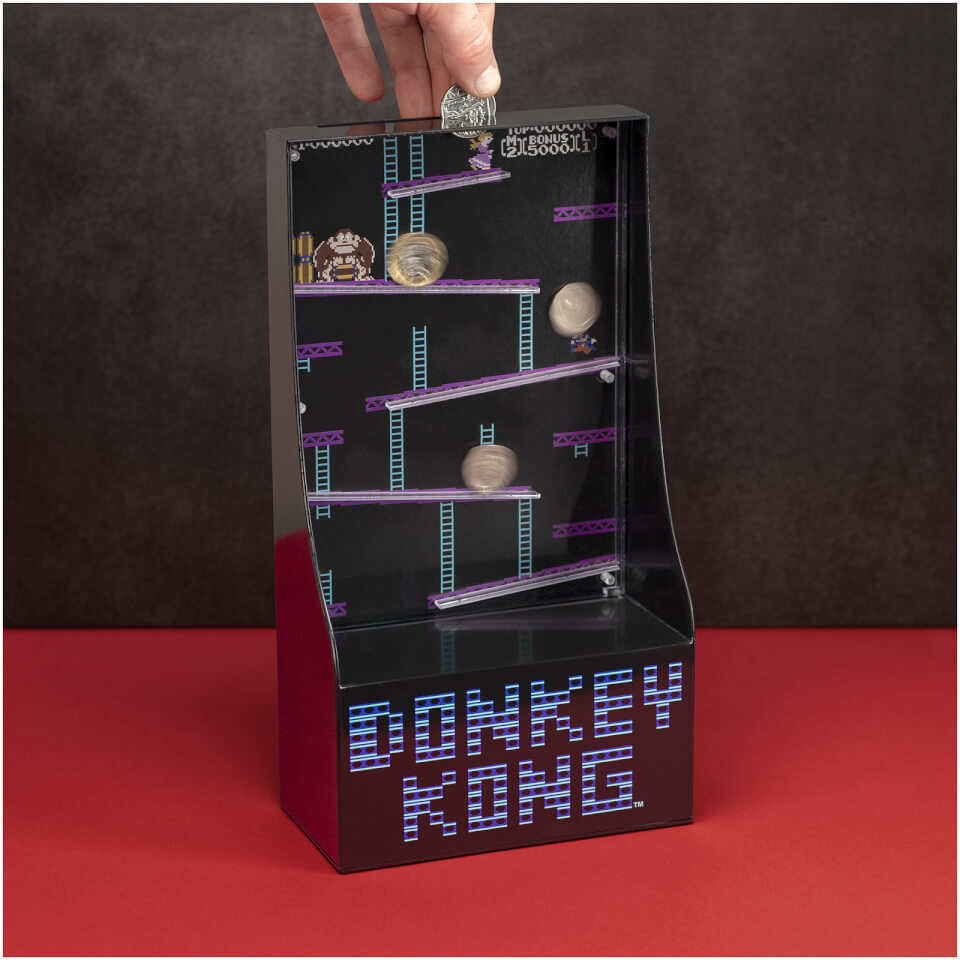 Use code ZAVVIFD at basket 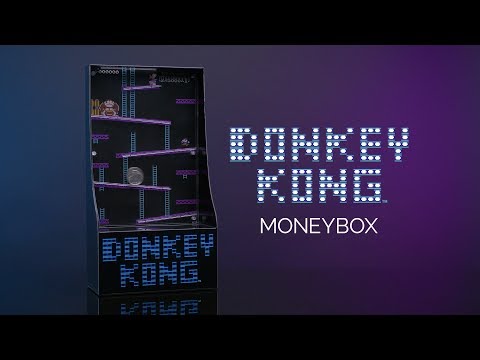 Let the biggest, meanest gorilla around look after your coins with this fun and stylish Donkey Kong Money Box.

This 30cm tall money box has a super-retro design that features the instantly recognisable Donkey Kong arcade machine. So make sure you drop your coins in and keep them safe!

Donkey Kong was Super Mario’s original nemesis, and this fantastic piece of merchandise is a great collector’s item and makes a wonderful gift for lovers of the Super Mario franchise.

One of the most popular and instantly recognisable video game characters of all time, Mario first appeared in the iconic 1981 arcade game Donkey Kong under the name 'Jumpman'. Since then, Mario has become a legend within popular culture and has been a defining figure not just for Nintendo, but for the whole gaming industry. Since hitting the big time with Super Mario Bros. Mario has had huge success with other instalments such as Super Mario Galaxy, Super Mario 3D World and the hugely popular racing spin-off Super Mario Kart.

I like it but I rarely see loose change any more! So much is contactless.

We're teaching the kids how to save for the things they want, and it'll sit nicely in our gaming/office room - tempted :/
29th Apr
That is very cool. A shame it’s Zavvi, as I would’ve been all over this.
29th Apr

That is very cool. A shame it’s Zavvi, as I would’ve been all over this.

It's been a few years since I bought from Zavvi, what's wrong with them?
29th Apr

Historic non delivery of items that they’ve taken payment for, and then dragging their heels on repayment. Reneging on prices. Pre-orders not being delivered on time. Their custservice are also pretty atrocious.
29th Apr
We have these in our prize shop at work.
They look good, work well - but the pictures look better than the item, they for sure had UV shining on it when taking the photo's - it's nowhere near as good in real life - they should have put 2 5m uv led's in the corners and it would have lit up the same - asy mod though with 2x aa batteries.
29th Apr
What about my thousands of pounds worth of 20ps
29th Apr

Seem to recall that they ship certain items from the US, but don't mention this. So items can take weeks to arrive. No customs though.
29th Apr
Why have i just bought a moneybox essential noooooooo but cool yessssssss
Edited by: "gemvis" 29th Apr
29th Apr
Very cool education for the kids
29th Apr
Tat, cool but tat
29th Apr
Costs £13, and doesn't look like it would allow you to collect £13 of savings (just to pay for itself).
Pointless tat.

Banks used to give piggy banks to kids opening their first account. The banks are making a tonne of savings by closing banks and ATM's - time they gave something back, even if it's a token gesture to incentivise youngsters to become conditioned at a young age, chose their bank for life, and then fleece them later on in life.
29th Apr
Proper cheezy gift for 80’s child. Love it, but got enough tatt already
29th Apr
Is there any app where I can store all my cards so I don’t need to use wallet anymore
29th Apr
Never had a problem with zavvi ordered quite a lot over the last couple of months and all come next day delivery except one item which was told about once ordered happily order anytime
29th Apr
I'm really dissapointed. From the thumbnail I thought this was Donkey Kong fragrance. Life is so unfair sometimes
29th Apr

I have one and think it would take about £200 quite easily.

However, with the pubs closed the savings have plateaued.

Also I make the jumpman leaping/hammering a barrel noise when the coin goes past him.
Edited by: "badheadday" 29th Apr
29th Apr

I ordered a couple of t shirts from them a few weeks ago. Estimated despatch date of 15th. After contacting them to see what was happening on 27th,i finally get a despatch on 27th and delivered today. Just scraped in for my sons birthday.
Not impressed and won't be using again.
29th Apr
Won't work for 20p/50p pieces presumably!?
29th Apr
Great you can save a load of coins that will be useless when they kill coin and notes collectibles storer
29th Apr

Yes although you sometimes need to help with a shake or put £1 after it. I'm referring to 50p coins, not tried 20p.
29th Apr

What about my thousands of pounds worth of 20ps

Why is it not called Monkey Kong ?

Ooft, I’m glad it at least arrived in time for your boy’s at least. They’re a poor show of a company.
29th Apr
gone...
29th Apr

Why is it not called Monkey Kong ?