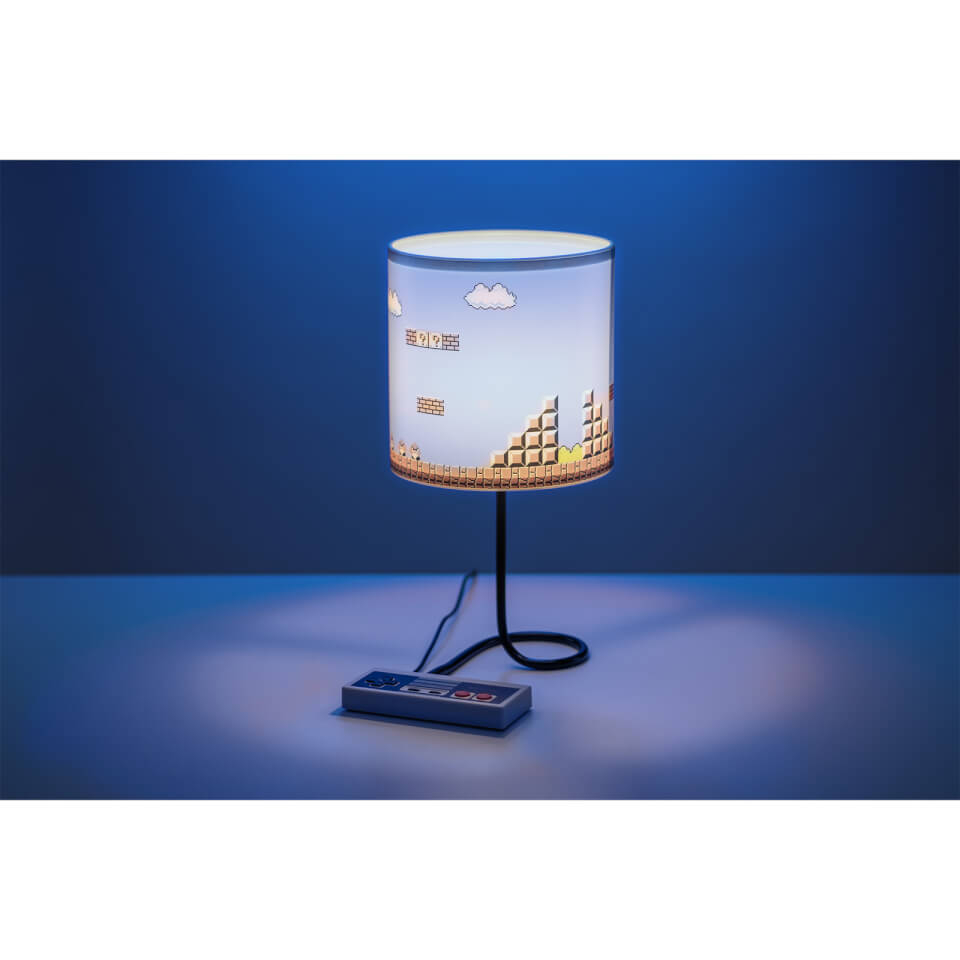 Personally i think it looks awesome, although the reviews on Amazon are rather mixed!
amazon.co.uk/dp/…XV/

Next cheapest currently is IWOOT.com using their 30% gifts off code but their delivery is £1 more (which is surprising considering they are the same company as Zavvi!)
iwantoneofthose.com/gif…tml

Here's the copy and past blurb!

Brighten up your room and dream of your next adventure with Mario and friends, with this super-fun and stylish NES Console Lamp.

The lamp has a lampshade that features a classic Super Mario NES game, and the base is a classic NES controller. You can use the controller to turn the lamp on and off, and the brightness can also be adjusted using the D-pad.

The LED lamp is USB powered and the super-cool, retro design, makes it ideal for vintage gamers, lovers of Nintendo products, and Super Mario fans alike.

Japanese multinational video games company Nintendo has been one of the world's most popular suppliers of games consoles for the last 40 years. Releasing classic consoles such as the NES, SNES, N64, and the Nintendo Wii, and well known handheld gaming consoles like the Game Boy and the Nintendo DS - which sold over 150 million units worldwide, this well loved brand has been bringing joy to people's lives around the world for decades.

Not only has Nintendo been responsible for some of the best games consoles of all time, but it's also spawned some of the industry's best loved games and characters from Super Mario to Donkey Kong.

The NES Console Lamp is an officially licensed Nintendo product.

This product is made using BDP which stands for Breakdown Plastic - an organic additive that helps plastic decompose at landfill without affecting either it's structural integrity (before landfill) or the recyclability of the product.
PostTweetShare Share with WhatsApp Share with Messenger
Community Updates
Zavvi DealsZavvi Discount Codes
If you click through or buy, retailers may pay hotukdeals some money, but this never affects which deals get posted. Find more info in our FAQs and About Us page.
New Comment Subscribe Save for later
3 Comments
3rd Dec 2019
Love this xx
3rd Dec 2019
Perfect present for my lad, Thanks
18th Dec 2019
Really cool lamp, love it.