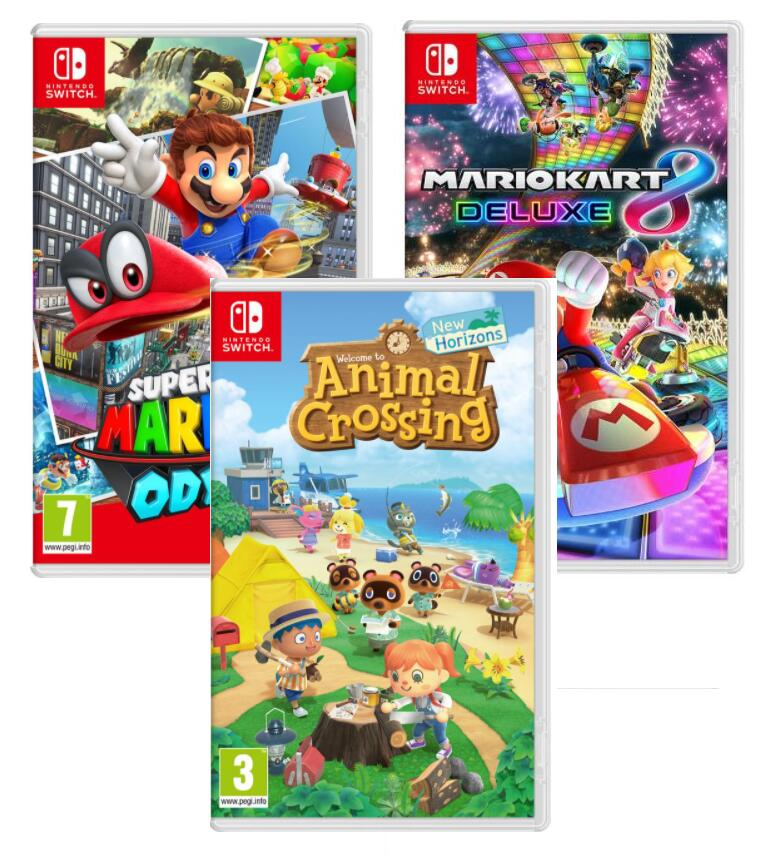 Price drop from £39.99 and even better with code. Not the cheapest it's been but very close.

#You need t make separate orders for each for the discount to work.

Build a carefree new life
In Animal Crossing: New Horizons you won't just arrive at a new village - you'll be creating it. After embarking on the Nook Inc. Deserted Island Getaway Package, you'll have to pick the perfect spot for your village. Choose from the Northern or Southern hemisphere, then select the layout of your island – the option you pick will affect the timing of the seasons.
Then you're ready to start building a new home for yourself and the animal friends with you.

Get crafty and create your town
With more personalisation options than ever before – New Horizons really lets you create the perfect Animal Crossing town. Initially you'll have nothing but a tent your trust NookPhone (complete with camera and map). But with a little elbow grease, you'll soon be working towards a place to call home.
Collect recipes, gather materials and get crafting. You can make tools to improve daily life, or just spend time decorating your new home. And as the island improves, more new residents will arrive - each a potential new friend.
Play with up to 8 friends
And of course, because Animal Crossing is on Switch - you can play co-op. Up to 8 people registered on one Switch can live on the same island, and up to 4 can play together at the same time. Whether you're sharing gifts, competing in contests or just enjoying each other's company, there's always more fun to be had with friends.
In the update coming 3 July 2020:
Jump right in! You'll be able to get up close and personal with marine life as you can swim and dive around your island. Dive and discover sea creatures and stuff for your museum that Blathers can give you plenty of facts about. You might even meet Pascal, who loves scallops – he might even give you gifts if you hand him some.

Gulliver's still around, but he's got a new outfit – give him a hand when he washes up on the shore and he'll have some special rewards for you. 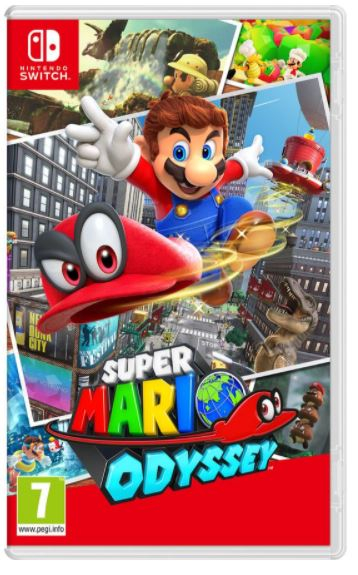 Top features:
- Join Mario on an adventure through unknown worlds and collect all the power moons
- Take advantage of his new powers with his trusted friend Cappy
- Let your friends join-in with the local co-op feature
Join Mario on an adventure
Embark on a new journey with Mario in Nintendo Super Mario Odyssey. The sandbox-style 3D adventure game lets you experience new worlds such as New Donk City, Forgotten Isle and more.

You'll need to explore every nook and cranny of each Kingdom and find a number of Power moons before progressing. So help the citizens defeat the baddies occupying their world by competing in a number of challenges. Once you find enough moons to power up your ship, the Odyssey, you'll be one step closer to saving Princess Peach from Bowser and his evil wedding plans!
Take advantage of his new powers
Adding to the fun of Super Mario Odyssey is the new abilities of Cappy. A figure from the first world, you both join forces in an attempt to save your loved ones. You can throw Cappy to hit objects, collect coins, defeat different enemies, become different animals and more.
Let your friends join-in
To extend the fun, you can invite your friend round and let them join-in on the action. The local co-op feature means both of you can find power moons together and defeat each kingdom on your journey.

You'll also discover some throwbacks to the old 2D Mario games with certain challenges transporting you to the old-style, a perfect throwback for old and new Mario fans. 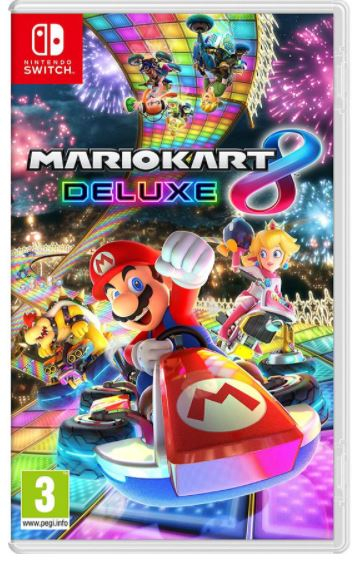 Enjoy the battles, action, and victory of Mario Kart 8 Deluxe wherever you go with the Nintendo Switch. You can play in TV, tabletop, or handheld mode in local multiplayer or online modes.

Play with 40+ characters, including original favourites Mario, Luigi, Toad, Yoshi, and Bowser, or jump in with new faces like King Boo, Dry Bones, and Inkling Girl and Boy.

There are 48 courses over 10 cups to battle on, from Mario Kart Stadium to the infamous Rainbow Road, and a host of former tracks like SNES Donut Plains 3, N64 Yoshi Valley, and GBA Cheese Land.

Mario Kart 8 Deluxe retains those race changing items like Red Shells, Bananas, and Super Star, and adds some new ones in the form of Feather and Boo, which increase the options for success.
PostTweetShare Share with WhatsApp Share with Messenger
Community Updates
23 Comments
Post a comment