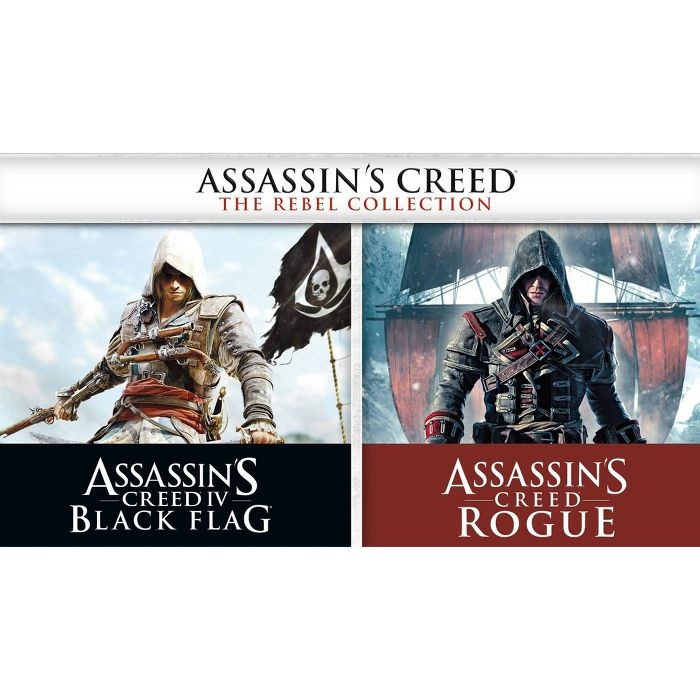 £15.43Target Deals
32
Get deal*Get deal*
32Get deal*Get deal*
Posted 10th Jun
As this is a digital code you can just change region to US redeem the code then switch back to the UK. You will also get the full retail amount of gold coins.

Only change region if you have no credit on your account. Any gold coins will not be lost and will reappear when you switch back. 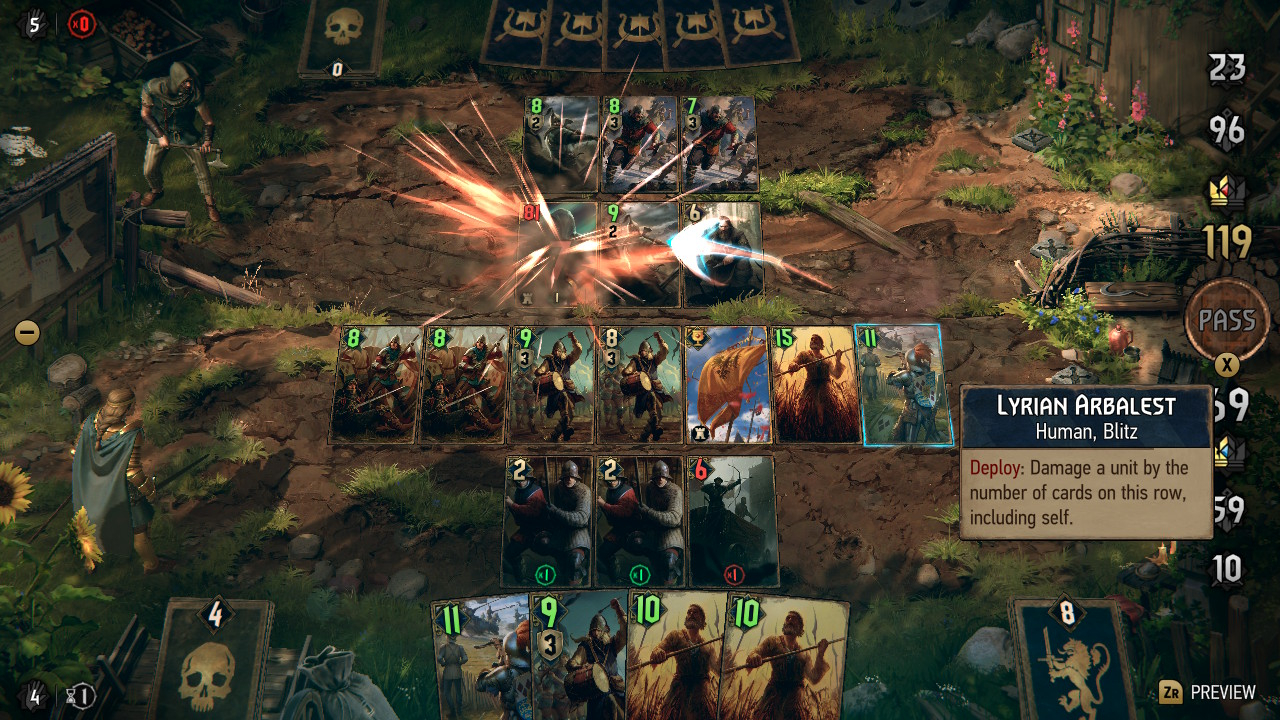 Thronebreaker is a single player role-playing game set in the world of The Witcher that combines narrative-driven exploration with unique puzzles and card battle mechanics.

Crafted by the developers responsible for some of the most iconic moments in The Witcher 3: Wild Hunt, the game spins a truly regal tale of Meve, a war-veteran and queen of two Northern Realms — Lyria and Rivia. Facing an imminent Nilfgaardian invasion, Meve is forced to once again enter the warpath and set out on a dark journey of destruction and revenge. 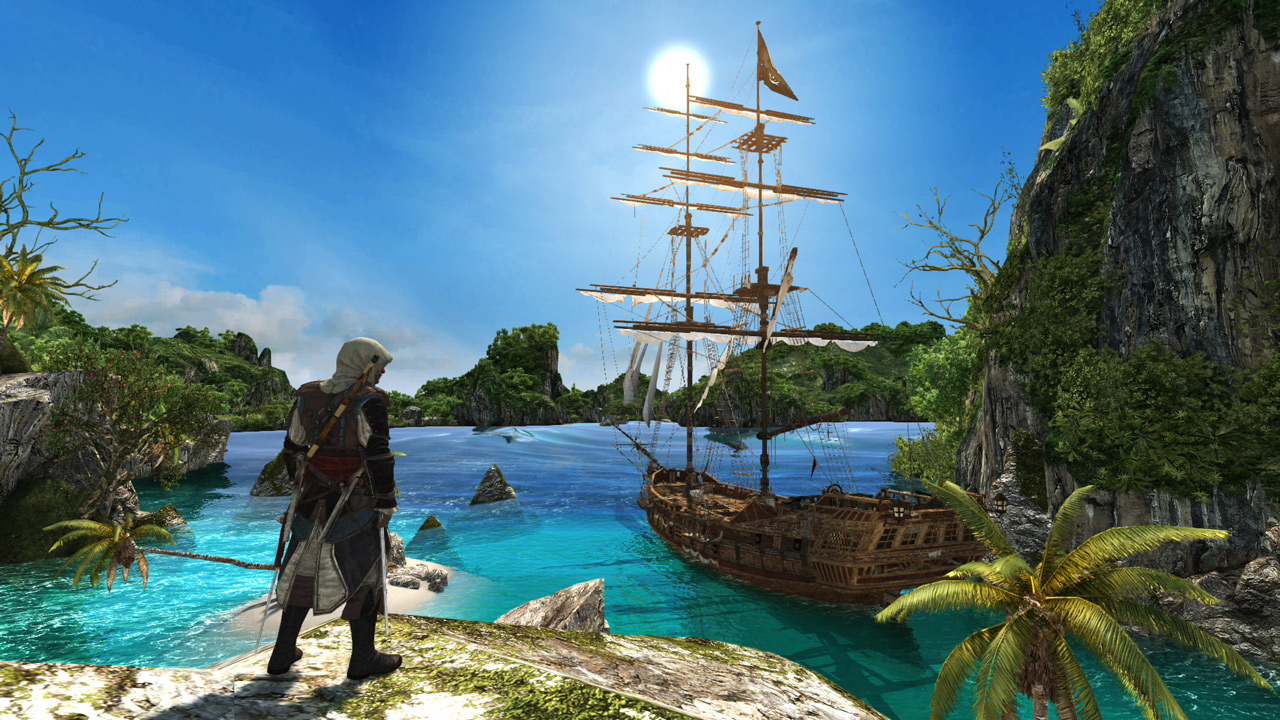 Become the most feared pirate in the Caribbean in Assassin’s Creed IV Black Flag. Take part in an award-winning naval experience and explore a massive open world.

Become the ultimate assassin hunter in Assassin’s Creed® Rogue, and play as a Templar for the first time in franchise history.

Experience enhanced features like Handheld Mode, HD Rumble, Touch Screen Interface, and Motion Control Aiming.
PostTweetShare Share with WhatsApp Share with Messenger
Community Updates
10th Jun
For those that cannot see "Add to basket", you need to select a store at the top where it says "please select a store" or something like that. I chose the first option and then the button appears.
Target Deals
New Comment SubscribeSave for later
32 Comments
10th Jun
That's a damn good price for both games!
10th Jun
How do you add the game to the basket, am I missing something?
10th Jun

How do you add the game to the basket, am I missing something?

Update: you need to add a store on the top left for "Add to basket" to show.
10th Jun
I don't seen a buy button on my phone?
10th Jun

I don't seen a buy button on my phone?

You’ve possibly paid your state tax on top as they tend to charge it on transaction.

Great prices, heat op.
10th Jun
Hmmm thought they tell you that in advance. Thought maybe this was an exempt purchase since OP doesn’t mention it and it didn’t state it when I purchased. Might be worth adding to the post.
10th Jun

It may be going off the store you choose and if that state has tax. If so choosing Delaware or Oregon stores would get around that.
10th Jun
On mobile (chrome browser) I had to select the 'desktop site' tick box in the settings menu before the basket would appear
10th Jun
did you have to sign u to a target account to do this? did you use UK address?
10th Jun

You can checkout as a guest
10th Jun

You can checkout as a guest

hmmm i can't see that as an option
10th Jun

hmmm i can't see that as an option

I have an account but last time somebody said they didn’t need to create one and could checkout as a guest.
10th Jun
Assassin's Creed is sold out, but managed to get Thronebreaker which was also on my wishlist. Thanks OP!
10th Jun

Assassin’s Creed is also available at Amazon US

How would you checkout since it doesn't allow non US address?
Take billing information?
10th Jun

Need to add a US billing address to your account again Delaware or Oregon is your best bet. In devices and content also set that to US.
10th Jun

Thanks so much for the Amazon link and the extra information! I couldn't get it to work until I saw in your comment that I needed to change my address in Devices and Content as well.
11th Jun

It doesn't work, it still says I'm in the wrong location even when I've changed the delivery address to Delaware.
11th Jun

Thank you. Do I need a US Switch account or will it redeem on a UK one?
11th Jun

Thank you. Do I need a US Switch account or will it redeem on a UK one?

Thank you. Do I need a US Switch account or will it redeem on a UK one?

I'm not 100% sure as this is the first time I've redeemed a US code, but I assumed from reading the original post that I would need to redeem it on a US account. So I just switched my Nintendo account over to the US before redeeming it, and then switched back afterwards. Remember not to do this if you have credit in your account, as you will lose it. Gold coins should be fine.
11th Jun

I changed it to US on my mobile and it redeemed fine. I can confirm you need to change Regions for this to work or else it'll say the code is invalid.
11th Jun
Back in stock at Target. No guest checkout though.
12th Jun
Came in at 16.50 for me but still a cracking price considering its still close to £30 in uk. Heat from me and a relatively easy process. Thanks op
12th Jun
If you’ve access to the Mexican eShop it’s £13.16 there for AC Rebel.
14th Jun
AC 3 just a tad over £10 on the Mexican eShop too.
15th Jun
Just bought and won't redeem on the store. Error code and switched region any suggestions ?

Edit: Redeem code via online store and not via the switch itself seemed to work. Although, change region on profile profile
Edited by: "DavidP789" 16th Jun
17th Jun

I bought mine by changing my amazon address to a US address. Change your switch region to US then enter the code on the switch