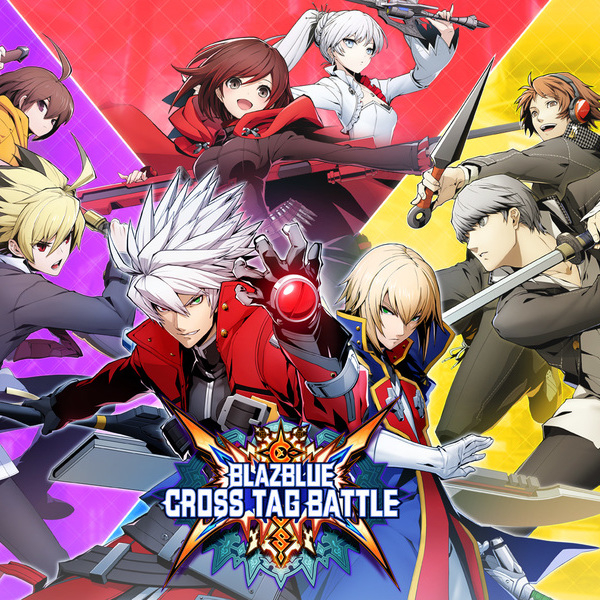 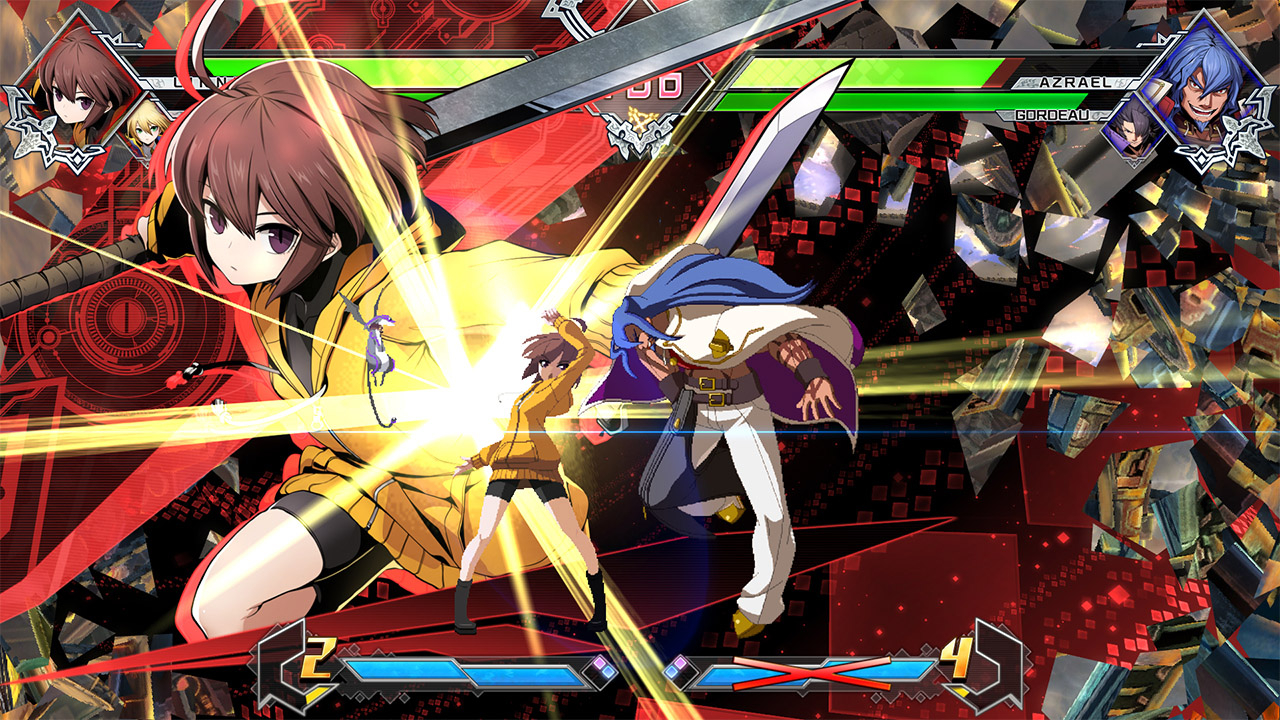 • CROSS Cross over between 4 different universes! Play as characters from the BlazBlue, Persona, Under Night In-Birth, and (for the first time ever in a fighting game), RWBY series!
• TAG Dive deep into the accessible 2 vs 2 gameplay system in a gorgeous 2D tag team based fighting game!
• BATTLE Take the fight to your friends, online, or against CPU opponents in robust single and multiplayer modes!
• LOOK GOOD DOING IT High definition anime styled 2D characters alongside beautiful 3D backgrounds and smooth animation brings the game to life!
• ARC ASSEMBLED Developed by Arc System Works, creators and developers of critically acclaimed and fan favorite fighting series BlazBlue and Guilty Gear.

BlazBlue, celebrating 10 years of fighting game excellence in 2018, is a series long beloved by the fighting game community for its deep and engrossing story, its vast cast of balanced characters, and its quick and kinetic gameplay style.

Atlus’ Persona series, a worldwide RPG phenomenon and no stranger to the fighting game genre itself. Persona characters have appeared in Arc System Works games before, notable Persona 4 Arena and Persona 4 Arena Ultimax.

Under Night In-Birth is veteran fighting game developer French Bread’s first foray into an original title, coming hot off the heels of their success with the cult classic series Melty Blood.

Rooster Teeth’s animated mega hit, RWBY, has been a popular franchise for years, crossing both gender and age barriers to become a mainstream hit. Characters from the RWBY series have never appeared in a fighting game before. Until now.

The DLC Pack including Volumes 1-7 is also on sale for £9.82 or each Volume on sale individually.

nintendo.com/gam…ch/
PostTweetShare Share with WhatsApp Share with Messenger
Community Updates
Nintendo eShop DealsNintendo eShop discount code
New Comment Subscribe Save for later
16 Comments
2nd Apr
Bugger... For a split second there I thought that was FE Three Houses on the picture, saw the price and thought my lockdown was about to become alot more enjoyable lol.

Nice find (if a little disappointing due to my idiocy)
2nd Apr
Gotta say - I bought this for a lot more than that, and I just couldn't get through the tutorial. It was so incessantly talky and none of the chat was about gameplay. Im talking Pokemon SuMo levels of dialog boxes. So unless you already know the intricacies of the fighting system or love the lore of the series, I'd save your pennies to flick at old people walking past your house while you shout "Cocooning, you old codger! COCOONING!"
Still a great price though, so HEAT!
2nd Apr
Fantastic price for a great fighter! The base game includes 20 characters but it might also be worth noting that the additional character pack is also on sale for £9.98 which in total is £13.79 for an additional 20 characters
2nd Apr
This is a crazy price but the DLC is region locked due to different publisher in Europe, you get 22 characters in base game. People complain about only 22 in the base game but it was released in time for Evo with another 22/23 (can't remember) characters in season 1 for the extremely reasonable default price of £14. Season 2 is a hell of a lot more expensive though. If you're a fan of Blazblue, Persona, Under Night or RWBY there's a lot to like here. It's also a very easy to pick up game but you can do crazy combos.
Edited by: "PixelBit_Kitty" 2nd Apr
2nd Apr
Anybody got any deals or recommendation to get a US giftcard please?
Thanks
2nd Apr

Anybody got any deals or recommendation to get a US giftcard please?Thanks

I always use pcgamesupply.com/ for US eShop credit - never had any problems
2nd Apr

I assume even though the card states for 3DS and WIIU use, it also works for the Switch as its the same Nintendo account?
also quick look appears the larger the credit bought the larger the discount too?
Say I brought an online US game like smash bros/mario kart, can I still play online using my UK account (which has online sub) or would I need an extra online sub for the US account? Also would be on UK servers based on my IP address or would I be on US servers based on account region?
Many thanks
2nd Apr

Thanks I will add this to the OP
2nd Apr

Can you still get the DLC from the US store in that case?
2nd Apr

Anybody got any deals or recommendation to get a US giftcard please?Thanks

Can you still get the DLC from the US store in that case?

Yep you can, or even the Japanese store. Switch games multiregion dlc is weird. I have an Asian Japanese copy of the game, bought season 1 on Japanese eShop and season 2 on Canadian eShop.

If you buy the Arcsystem Works published US/JP version you need matching dlc. Or if you buy EU version published by pqube then you need to buy EU dlc with it.
3rd Apr

Yes you can it's your account that has the online so you wouldn't actually be able to play online using the US account you bought the game with only your UK account. As for servers I think that's based on your location and IP address?

You can buy as many games as you want from US/JP eShop or even physical copies and play them using your UK account online, just make sure you buy dlc from the same region as not all games dlc are region free only some maybe even most? But you can get stung by it.
6th Apr
Thanks OP got this and the 1st season of DLC. Question if anyone can help? I have changed my region to US as normal to buy, but because I have $0.32 left over, it wont let me change back to UK, does anyone know a way around this?
6th Apr

You have to spend the credit. Find something very cheap in the store, just above 32c, and make up the difference with gold coins.
6th Apr

If you buy this ($0.32 with credit and $0.07 with Gold Coins) you will also be able to download Pocket Mini Golf free. Then you will be able to change region because you have to spend all your credit.